As a part of this course, our professors wanted us to get lost in London and learn about the city’s history, culture, and people. A small group of us did get lost, but probably not in the way Re and Steve anticipated.

The night we were to see our first show of the block, The Alchemist by Ben Jonson, the class was supposed to meet at the George, a pub by the Rose Theater (where we were seeing the show). We all had to find our way ourselves, which really wasn’t a big deal. One of the things I love about London is how connected everything is by the Tube, so all we had to do was get off at the right stop. The Tube ride was busy, but simple enough, and eventually we found ourselves at the London Bridge station.

The next move is where we made our big mistake. Instead of turning left, we turned right out of the station and proceeded to power-walk in the wrong direction for some time. After realizing that we should have hit the pub earlier, we started checking the convenient maps placed at corners of the city streets. We figured out that we must have gone in the wrong direction and went back the way we came. 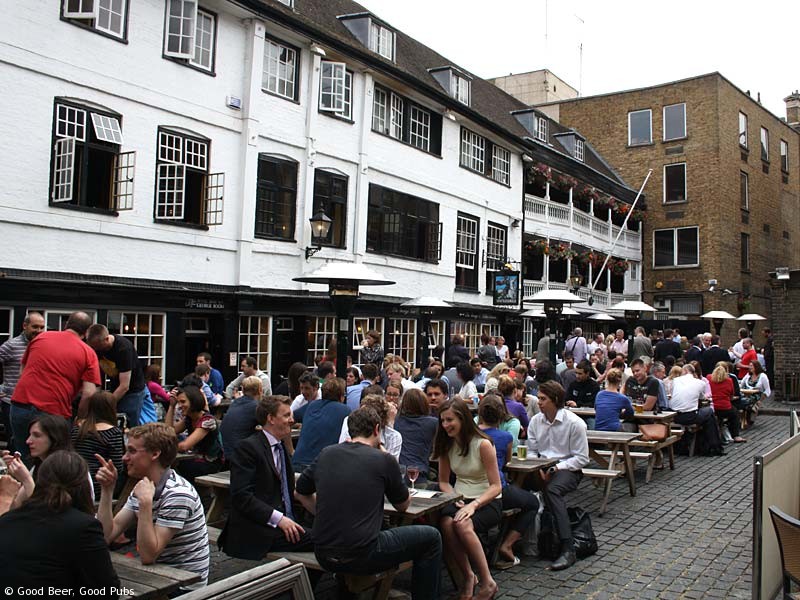 After trying in vain to ask for help from some locals, we finally found the pub. But where was our class? Most of the group went inside to check while I stayed outside so I could have enough phone reception to call Re. Everyone came back outside and said that they couldn’t find our class. This led to the next round of searching.

Eventually, after placing more phone calls, scouting out restaurants, and even more power-walking, we got a call from Re. She told us that the class was actually in the pub, but apparently the first time we checked we couldn’t see them. We ended up being an hour late for dinner, but we managed to quickly scarf down some delicious pub food. The show was quite funny and our class seemed to enjoy it, but I don’t think those of us who got lost will forget our little delay any time soon.