Our Approach to Studying the Ross Ice Shelf 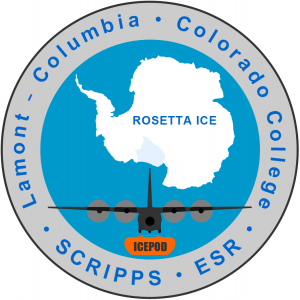 The Ross Ice Shelf (RIS) is a floating extension of the West Antarctic Ice Sheet that occupies the southern Ross Embayment in West Antarctica, and acts as a buttress to the flowing Antarctic ice sheets. The bathymetry beneath the RIS in West Antarctica controls the circulation of sub-shelf ocean water that may warm the ice shelf from below, with consequences for shelf stability and climate warming.

Sparse depth-sounding data from the 1970’s Ross Ice Shelf Geophysical Glaciological Survey (RIGGS) provide control points, but the map produced from this survey is at 55 km resolution. ROSETTA-Ice will improve upon this, mapping the RIS using 10 km resolution.

The sub-RIS bathymetry cannot be measured directly. Whereas marine surveys might be able to map bathymetry using echo sounding or by towing a gravimeter, we cannot do that because there is a massive ice shelf in the way. The bathymetry must be determined through the use of geophysical data— gravity and magnetic data, specifically —to determine the subsurface geology, which can then be applied to interpretations of the probable bathymetry beneath the shelf. The subsurface geology can be constrained by airborne gravity and magnetic data, that reflect the size, type, and origin of geological features, such as igneous bodies or fault zones. 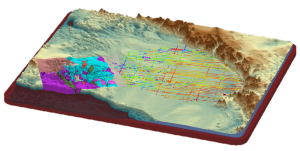 The aim of ROSETTA-Ice (A systems approach to understanding the Ross Ocean and Ice Shelf Environment, and Tectonic setting Through Aerogeophysical surveys and modelling) is to learn more about the interactions between ice, ocean, and underlying rock. 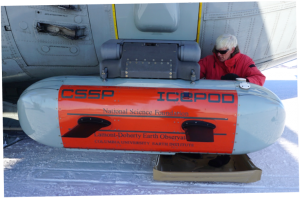 Our airborne survey uses not one, not two, but THREE gravimeters!

Stay tuned to see the IcePod in action!