On Sunday, the day after our last flight, I went on a hike to Castle Rock with a couple other ROSETTA folk. 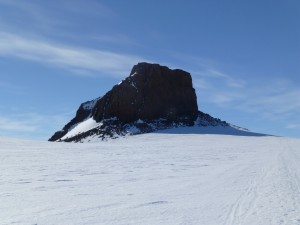 Being the only day in the week that we are not on the schedule to fly, of course, the skies were clear and visibility as good as can be. The wind, however, was a different matter altogether. As soon as we managed to find our way out of town to the trail, we were subject to the most chilling winds.

Along the trail there are small dome structures called apples … 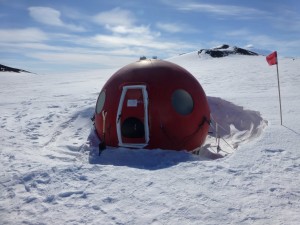 …that provide emergency food and shelter. We stopped inside the first apple to check out the interior and escape the unrelenting wind.

Due to time constraints (i.e., a lack of pee-bottles), we chose not to do the loop but to hike to Castle Rock and do the climb up to the summit, which just opened for the season that day. 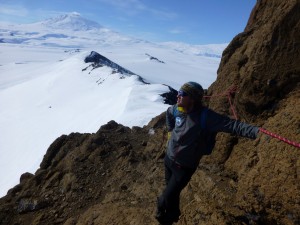 Dave stops to enjoy the view.

The Castle Rock climb is a decent scramble… 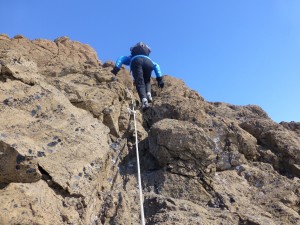 …and ropes are placed along the route to aid the climb. 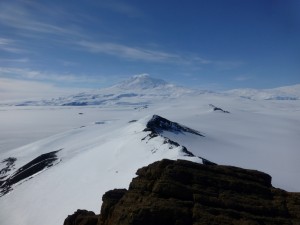 The summit. Mt. Erebus with a well defined plume.