Saturday of second week, we departed at 9am to Denver for an Italian Festival. It was a nice sunny day and I was ready to try some delicious Italian food.

Italian cuisine was popularized over seventy years ago and has made its way into the staple American diet. Familiar foods like pizza, spaghetti, gelato and pasta are easily found in every city. We have romanticized Italy as the country of vacation and its foods as “fresh, handmade, and touched by Italian grandmothers.”

The festival, located in an outdoor shopping mall, attracted audience from all over. Many booths were decorated with grape vines, wine bottles, or any Italian-related tokens to seem more authentic. For example, there were seven consecutive booths named “Grammy’s Sicilian Pizza,” “Grammy’s Canoli,” “Grammy’s Italian Goodies,” and “Grammy’s Italian Cookies” and so on. The Grammy’s booths used the cute abbreviated version of “grandmother” to portray an image of Italian authenticity and home. The tablecloths they used were checkered and bright colors and font styles looked handwritten to add to the illusion. As a consumer, it is hard to tell if the recipes they are selling are truly passed down from grammy; however, they are for sure using the image of the Italian grandmother to attract their customer base. 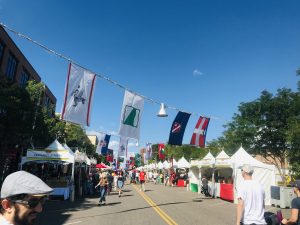 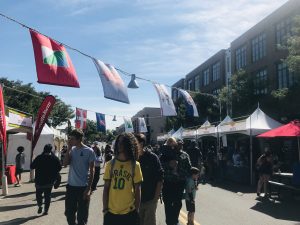 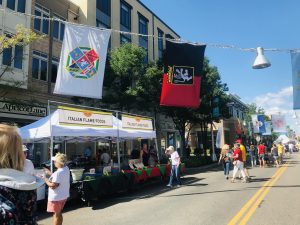 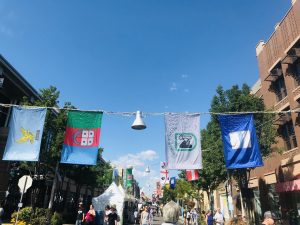 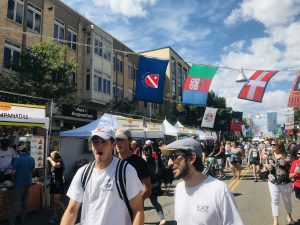 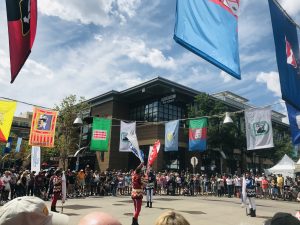 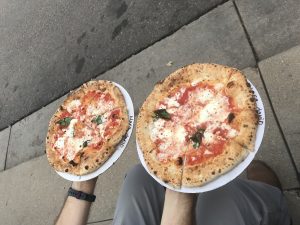 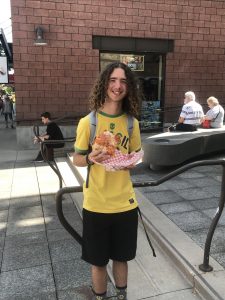 Some classmates have called this festival the “American-Italian Festival” because of the festival’s loose interpretation of what is Italian and its adaptation of Italy to fit the American audience. Some booths at the fair had nothing to do with Italy such as: Costco, Wells Fargo, Empanadas, a booth selling stickers, and so on. The list of sponsors for this event included corporations, banks, TV stations, and a lack of Italian companies. Thus, it seemed like the goal of this festival was to attract the widest audience possible, not to portray an authentic image of Italy.

The Italian Festival is more of a gimmick than a true showcase of Italian values. Prices are marked up, tables are designed to attract the eye, and the word “Italian” is loosely used to describe foods. The one upside is the arancini, it was so cheesy, crunchy, and coated my mouth with its fried goodness! 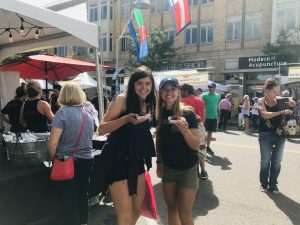 Despite my critique, the festival was a great way to get off campus, get some fresh air and get lost in “Little Italy” for a few hours. It’s nice to see a glimpse of Italian culture in real life instead of just reading about it in the classroom. I even found a Sharetea! Normally I don’t like boba, but it’s hard to resist when boba reminds me of home. I never thought home sickness would affect me, but college is proving me wrong. 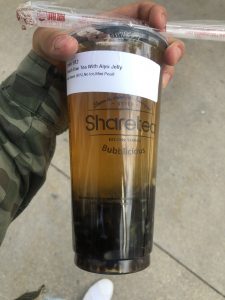 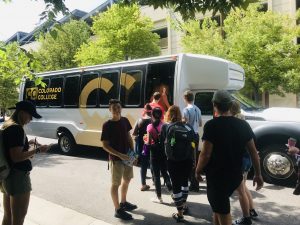