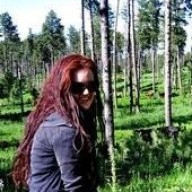 Some Words on Words. 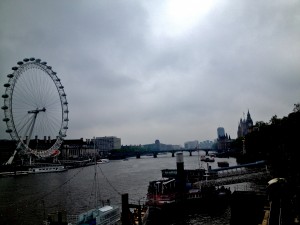 I’ve been living in a smoke of words since arriving on Monday.

A good smoke. Not a bad smoke. Not wild fires licking your home smoke, but the other kind. Sweet. Maybe a bit spicy. Edible, floral, make it what you will.

Cities are made of words. Or, no, not just cities, such a claim applies to everything. Cities just seem to have more words than most. You blink, you see, you digest. Red taxi. Pavement stained black by rain. Green eyes. A scowl. Fallen hawthorn leaves smashed by the endless feet. The sign for the toilet in the café, for the Underground lift, for Trafalgar Square. Umbrellas, a sea of them—some black like mine, others plastic and clear, some hot pink, blue, three as muddy looking as the Thames, too many an orbit of red, blue, white—the England flag floating above foreign heads.

In a city, in London, the brain clicks clicks clicks, twitching like a manic to get every new sight in the head. Imprinted. You don’t want to lose it. Those sights, those words—the gaze is as precious as a mother’s hand. You long to stick every face onto the walls of your head so that you never forget. This is not Colorado Springs. That is not Pikes Peak. This is London and the Eye and Big Ben and a fresh new corner to take in with every bend.

But I’m only human. Yesterday is hours away and I’ve let too many images and words slip from my brain. Those words. I need my words. If I could find the words to create the scene I’d be able to recreate the memory—this is true, right?

Like a book, like a play, like Richard III and Henry V. Shakespeare wasn’t even there to observe those histories but through words he constructed images, intricate scenes, full characters so human it hurts to read, so tormented and real you kind of just want to go in and slap them, hug them—tell ten-year-old Richard that he’s beautiful, hold him back when he throws those verbal knifes, tell Henry to shake off the weight, congratulation for achieving the day—and I’m not quite sure why, but reading these plays makes me so much more aware of the power of words and their beauty to give sight.

So I’ll just keep scribbling, keep using my otherwise useless iPhone to capture the exquisite things that I see that I feel are necessary to keep. And, as required, I’ll read and hope to better imprint the foreign sights of Shakespeare’s land and London in my mind. 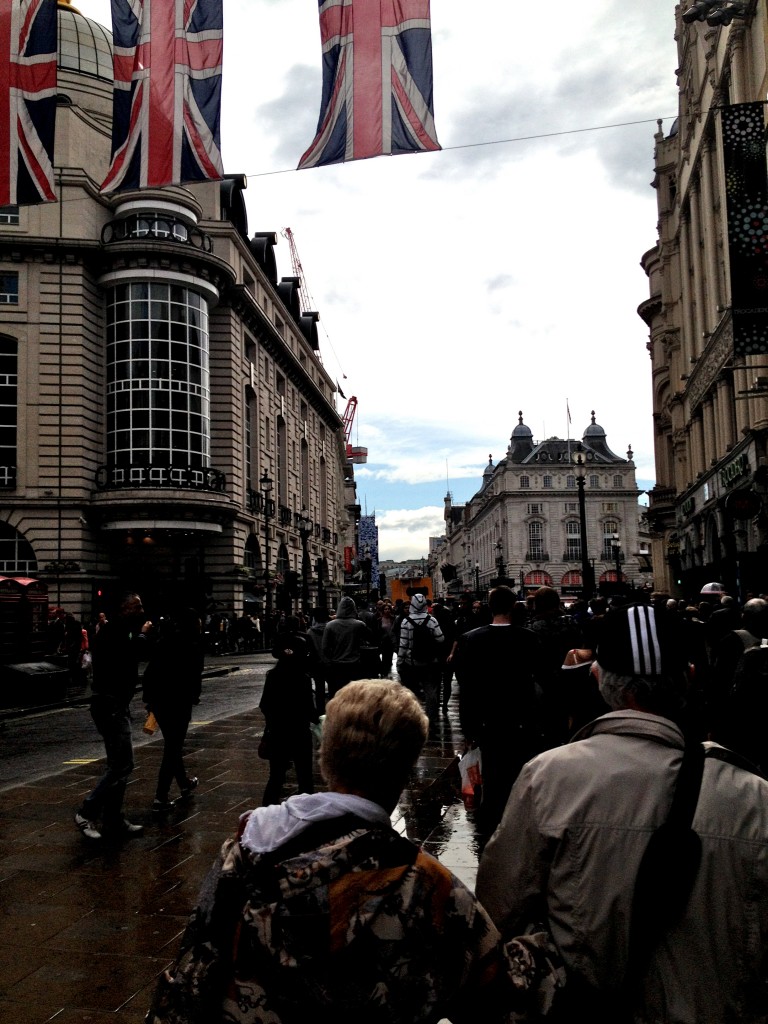 I step up to the ticketing counter and heave my duffel onto the scale.
“You on the Heathrow flight?” the agent asks.
I’m digging through my bag for my passport—flustered—so I only nod.
He tags my duffel, then asks, “You from London?”
“What? No, California born and raised.” I slide my passport across the counter.
“Ah, this your first time?”
“Yes. Wait. No. Second.”
He hands back my passport. “Well, regardless, enjoy your flight.” This is not my first time in London, not really at least, but in some ways it is—I’m here, we’re here, this little group, this fabulous class, for three weeks. Three weeks to study Shakespeare and live, stomp the streets, go crazy in the world that is London.

Last time, my first time, I only had a day. One day to race the streets before moving on to Oxford. What can you learn about a place as vast as London in a day? How can one claim to understand such a dynamic city, such a intricately threaded land in a DAY? While my first priority for this course is conquering the words of Shakespeare, immersing myself into London’s culture and understanding it as if it were my own thoughts is also of utmost importance to me.
=
And yet I’m a contradiction. I’m going to write against my own words and say it feels familiar–London, I mean–like my first day on campus at CC. After living in the westside of Colorado Springs and loafing about campus sporadically for ten months, returning to campus a year later was warm, so warm—like falling into a repeat dream. Campus was still foreign, but was somehow also an instant cocoon, like home, like my knitted childhood blanket. And that’s how London feels. I don’t know it, not quite, but it is soft on my mind. Like I lived here in a dream life.

Racing through customs, the polite smiles, the gaping smiles, smiles with teeth of character, no uniformity, to each her own. Softly, giddily, they speak. Or are they only giddy in my mind because I hear the British accent as words coated in glee? Skip skip skip down to the Tube, for why the hell would I let my forty-pound duffel, bloated backpack, and shoulder bag slow me down? Don’t mind the fact that I haven’t slept in two days, that my muscles are swollen from my ten-hour flight from LAX. I’m here–I’m here!  In the Underground, in England. The warm winds that sweep through the tunnels. The smell! It’s not a bad smell, not a good smell, but a smell that is worn shoes, of a city of constant movement, of concrete and machine. I know this smell. The ride sweeps me to Russell Square, my thoughts curving into the city by tunnel. I can’t stop staring at people. At the girl sleeping and reading and sleeping and reading and I’m so enraptured with how one can switch between sleeping and reading so quickly. At the blond shaggy haired boys with the rosiest cheeks I’ve ever seen, and the group of businessmen with sparkling watches and gleaming brief cases. They speak of their night’s mistakes, of the meeting they’re approaching. And I want to scream. I want to hold my bag over my head and dance in a circle and make them all look at me so they can they understand, understand my thrill when I begin to sing I’m here, I’m here, I’m here!

But I don’t, that would be weird—perhaps a bit too dramatic. I remain seated. I smile and watch velvet green leaves blur into brick and stone. I exit at Russell Square and snake my way to Pickwick Hall and greet familiar faces—CC faces, what a blessing! The class has begun. But sleep. First, finally sleep.

And now here we are, not in London, but on a rocking train in route to Stratford-upon-Avon, to explore Shakespeare’s homeland, to understand, learn, enjoy. Richard III is on the agenda tonight and hopefully my thoughts will settle soon so I can focus, for in this moment, I can only focus on two truths: I am here, here, here and England is so, so green.