Field Analysis of Geological Structures: Records of the Collision of Continents in France and Spain

The Mediterranean region offers an incomparable setting for geological education within a zone of continent-continent collision, where ongoing process of suturing between Africa and Europe is manifested by earthquakes, volcanism, and measurable fault-displacements across Mediterranean sub-basins, together with extremely dynamic surface processes (precipitation, erosion, sediment transport, deglaciation).  The course offers an opportunity for advanced geology students to undertake original field investigations in such a setting in Spain and France, during Summer 2015.  Taught as an immersive learning course under the Colorado College Block Plan, GY316  in Europe will provide firsthand experience in the study and characterization of active earth processes that arise from plate tectonic convergence, and the ability to assess societal risks due to geological hazards along plate boundaries.

Some of the impetus to offer the course arises from my work on a course that examines the impact of catastrophic geological events upon Mediterranean civilizations, GY100/GY250 Rocks and Ruins: Natural Catastrophes and Mediterranean Culture, and from recent interdisciplinary work on an ACM Faculty Seminar in Advanced Interdisciplinary Learning, entitled Mediterranean Trivium: Earth, Sea, and Culture (co-directed with history professor Susan Ashley and Classics Professor Sanjaya Thakur).   The scholarship arising from those efforts makes the consequences of the Collision of Continents for human existence and societal organization ever more plain to me, and I am extremely motivated to share these perspectives and interdisciplinary experiences with students specializing in Geology as an academic major. 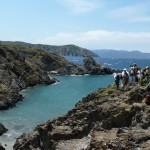 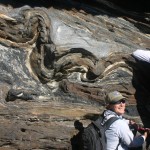 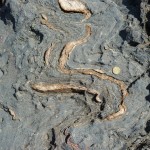 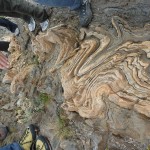 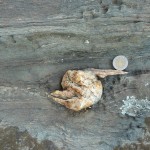 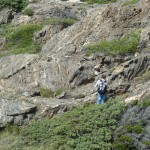 Two sites in Spain and two sites in France are selected for multiday field investigations.  The GY316 course will commence in Almeria, SE Spain, with an orientation to the geological time frame of interest, rock successions and characteristics, human history and culture, and tectonic context for the Mediterranean Sea. Students and professor will fly in to Malaga, pick up rental vans, then travel to the renowned Tabernas Basin turbidite successions. Catalan colleagues Elena Druguet and Jordi Carreras, who are faculty members in the Departament de Geologia, Universitat Autònoma de Barcelona, will participate in 3 weeks of the course for the studies in Almeria and Catalunya. Domestic travel/accommodation within Spain and France will entail use of ground transportation (train, bus) and rental vehicles.  Hostel and campground accommodation will be used, with occasional nights of stay in budget hotels.

Eligibility: Students who have completed a course in Structural Geology and have proficiency in Spanish or French (e.g. undergraduate coursework).  Interested students should contact csiddoway@coloradocollege.edu.

Rental vans will be used for field work involving  two  study traverses across young, deformed sedimentary successions, including the Messinian salt deposits. Traverses and outcrop study sites make use of open terrain in the Cabo de Gata-Níjar, Gypsum Karst (Sorbas), and Tabernas Desert Natural Parks. Focus is upon the structures of the Betic Cordilleras, young mountain ranges in SE Spain that formed from 15 million to 2 million years ago, recording the ongoing collision between Africa and Iberia. Study of the onset of volcanism and controls upon ore mineralization will center upon Caldera de Rodalquilar.

To conclude work in southeastern Spain, a day of history and culture will examine the intersections of geology, hydrology, European, and Arab cultures in Granada, including geological controls on  water availability and human management practices surrounding the Alhambra. 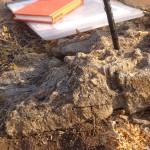 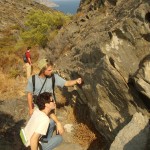 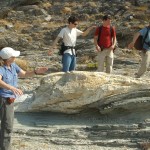 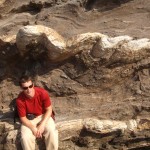 no better sitting place than a fold train 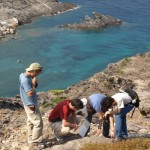 Part II.  The group will travel by train from Granada to Bellaterra, north of Barcelona, where there will be 2 days of classroom-based work at Universitat Autònoma de Barcelona.   The group will then travel to Figueres by train, then by bus to Cadaques.  Hostel accommodation in Cadaques at  Club Carpe Diem , residing in 6-7 person bungalow that has cooking facilities and equipment.

Four days are allocated to in-depth study of premier structures in moderately metamorphosed and beautifully deformed clastic sedimentary rocks in Parc Natural de Cap de Creus. Hikes across the peninsula will reveal the structure of the eastern Pyrenees at a ‘condensed’ scale compared to the grand Pyreneen range. In the arid coastal setting, action of wind and salt on coastal exposures has accentuated complex and superposed structures including sheath folds, polyphase folds, shear bands, flanking folds, and apparent boudinage.  The access to such a number of structures within their larger rock context illustrates the character and brings insights about processes in the Earth’s upper middle crust.  From the village, the Park’s open air carriage transportation will be used to travel in to and return from the Park to the camping ground. 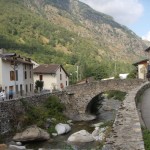 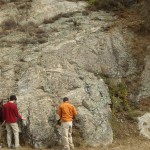 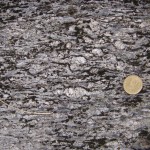 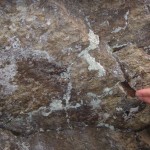 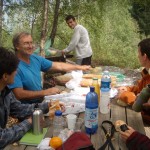 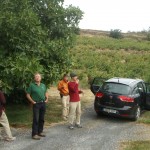 harvesting from a fig tree!

Part III.  Finally, the group will descend to deeper levels of the Earth’s crust and explore strike-slip related exhumation of deep level crust, in southern France. Two days each will be spent in 1) the central Pyrenees at Tarascon, and 2) the Montagne Noire near the village of Bardau.  Research transects  will  focus on a) shear zone structures that have brought deep level rocks to the Earth’s surface, with the competent rocks now forming mountain ranges, and b) mineralogical/textural evidence of generation of granite within the rocks, and the effects of presence of granite for rock deformation. 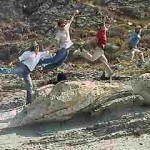