Dr. Manya Whitaker had two goals in mind when she designed her course, “The Tradition of African American Education and the Black Bourgeoisie.” First, demonstrate that the purpose and process of schooling looks different outside of Colorado College. It looks different in different locales and is experienced differently by different people.

Second, include a Black History component to the course. Since there were no Black History courses at Colorado College, Whitaker decided that the course would be more powerful if it took place at a Historically Black College/University (HBCU). (Black History courses at CC will be offered regularly beginning in 2015-16.) While there, her students would visit African American churches to experience them as centers of activity that gave rise to HBCUs and the civil rights movement. 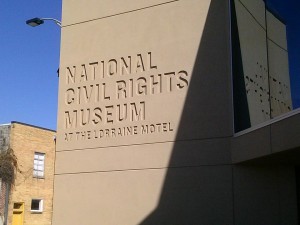 The National Civil Rights Museum. The exhibit path ends at the Lorraine Motel, showing the balcony where Martin Luther King Jr. was standing at the time of his death.

Nashville, Tennessee was an ideal setting for the course because of its unique intersection of race and class. The city is home to Fisk University, an HBCU attended by children of elite or bourgeoisie black families, and instrumental during the Civil Rights era. Working class black families sent their children to Tennessee State University, and Meharry Medical College continues to graduate more than 50% of African American medical doctors in the U.S. Interestingly, the first one to six presidents of all HBCUs were typically wealthy white men associated with the Baptist or Methodist Church; the HBCUs themselves were founded with missionary dollars. 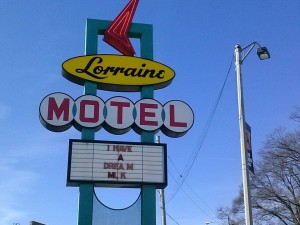 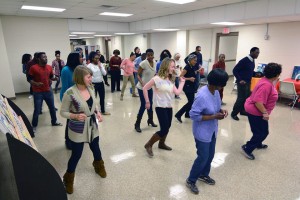 Whitaker’s students spent just over three weeks living in dorm rooms at Fisk University and attending classes with HBCU students at both Fisk and Tennessee State. When they were not attending classes, the CC students visited African American churches, the National Civil Rights Museum, and sampled soul food at four different restaurants.

The CC students experienced a number of takeaways as a result of the course:

They came to understand what it is to live as “othered,” and for their “otherness” to be recognized as the primary characteristic that made them a minority in the HBCU community. For example, a student with blond hair felt it necessary to clear her hair out of the shower drain because everyone would know it was hers. Upon return, many of Whitaker’s students found themselves feeling more compassionate towards their fellow (minority) students at Colorado College.

Institutional Heritage: HBCU students’ strong relationship to their institution. HBCU students’ sense of institutional heritage extended well beyond having knowledge of their university’s history and traditions. They viewed going to college as a privilege. As representatives of the African American community they felt a shared responsibility to do well in school and to give back to their community. The Colorado College students had never experienced people their own age with such a strong sense of collective responsibility, nor had they experienced such a strong fluidity between the community and the universities. 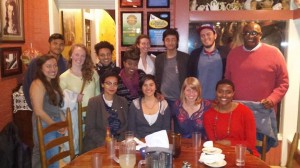 Soul Food, and More Soul Food: Biscuits and gravy. Sausage, bacon, and barbecued ribs. Fried chicken, mac and cheese, grits, and greens – always cooked with ham. And. No. Gym. Whitaker’s students initially loved soul food. Then they realized how fattening it was. The vegetarians in the group became painfully aware of what it was like to live a place where their cultural norms were not accessible. As the students ate their way around town, they found favorite dishes to sample at each establishment. One student made it his mission to try the barbecue ribs at every restaurant.

Respectability Politics: CC students had difficulty coming to terms with the highly prescribed codes of conduct at HBCUs that were both unspoken and highly publicized. Posters on campus delineated appropriate attire for different audiences and occasions. It was understood that sex before marriage was strongly discouraged, to the extent that those – especially women – who did not follow protocol were greatly disparaged in campus gossip circles. There were rules for everything from how to present oneself with a boyfriend/girlfriend, or the number of visitors per room permitted in the dorms. What seemed like an infringement of student freedoms at Colorado College could also be interpreted as a code of behavior designed to produce personal and professional success in HBCU students who are expected to give back to their community.

When asked whether there were any unexpected results from the course, Dr. Whitaker identified the process of reflecting on her role as a professor. She discovered that having a shared experience and shared cultural reference with HBCU students meant not having to self-monitor the cadence of her speech, vocabulary and even body language as she does in non-HBCU environments. Nowhere was this more evident than in the Fisk cafeteria every day during lunch, when students danced the hour away to a DJ playing trap music, a subset of hip-hop. A pleasantly surprised Whitaker remarked, “It was nice to feel my personal and professional lives overlap in ways I never would have anticipated.”

From the success of this year’s course in Nashville, Dr. Whitaker plans to offer the course on a regular basis every other year.

Student Reflections
“The Black Experience: As Told By Nashville,” video by Melissa Seehausen and Erin Luby