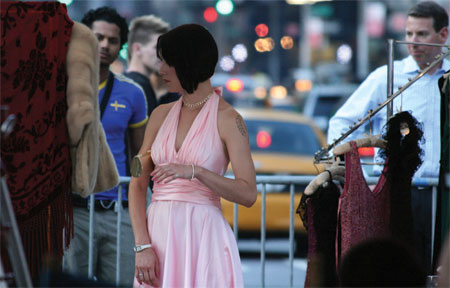 Fashionably Late for the Relationship is a three-day long public performance by Lian Amaris that was filmed and compressed into a feature-length video work by R. Luke Dubois.  As Amaris prepares for a night out, three days pass in the city around her.  In the live performance, her slow, nuanced actions become a counterpoint to, and critique of, the rapid and unyielding pace of the public environment which she redefines as the private feminine ritual of a boudoir.

2 thoughts on “Fashionably Late for the Relationship”