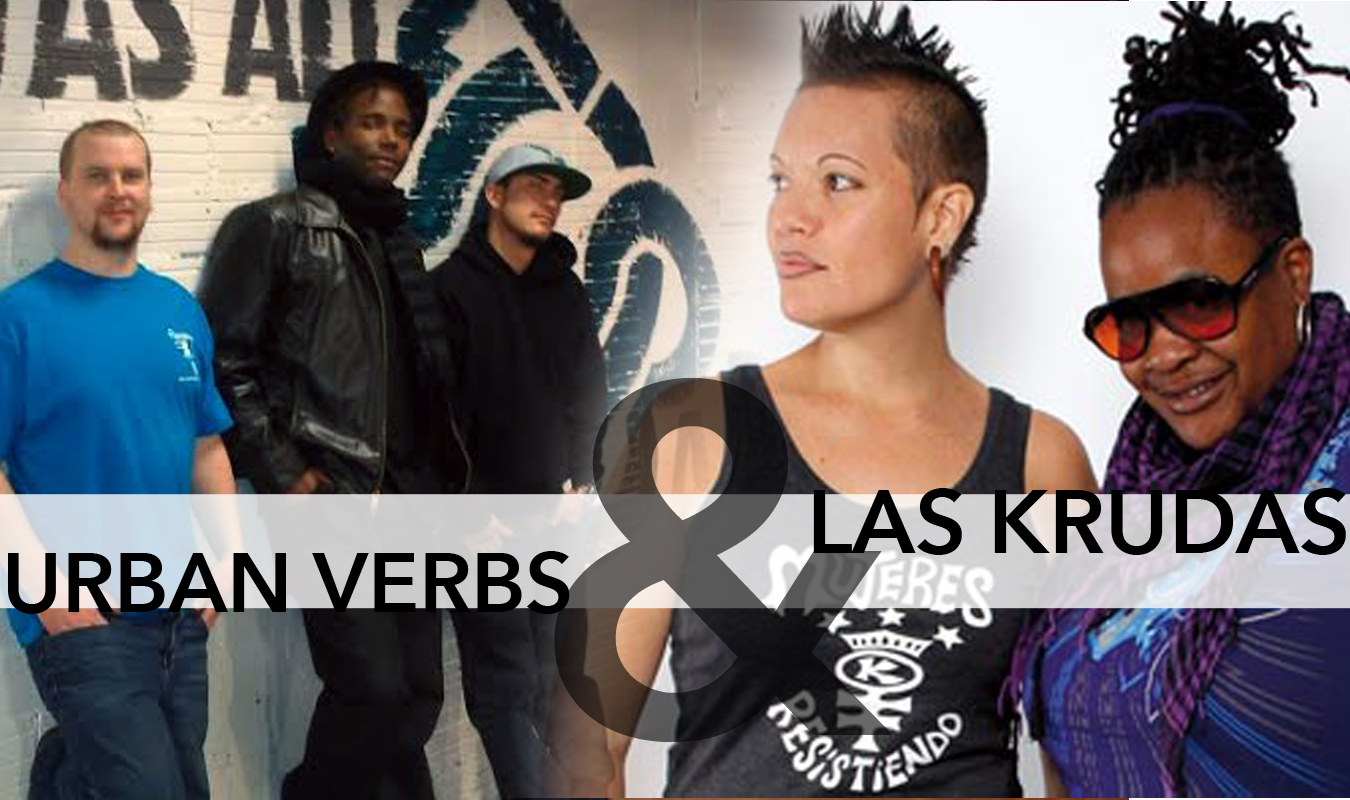 Tickets $5. Available at http://www.ticketfly.com/event/502717  , at the Colorado College Worner Desk, or at the door

The duo, Las Krudas comprises Cuban interracial couple Odaymara Cuesta and Olivia Prendes.  Their feminist lyrics and performance battle machismo and celebrate the power and beauty of women of color, fatness, and queer sexualities. With few formal political outlets open to young black Cubans, Hip Hop emerged in Cuba as a powerful form of political expression, one that Las Krudas uses to great effect to address the racial and economic problems encountered by black Cubans. Through their lively, engaging musical style, the duo points to issues concerning the politics of race, gender, and sexuality in Cuba. Simultaneously, they unwaveringly advance a feminist agenda in which they seek to politicize the social and economic reality of being black and female in Cuba. Now US residents, Las Krudas call attention to the situation of black women in a social and political context that denies the existence of racism, sexism, status and privilege.

For the performers in Urban Verbs, Hip Hop is more than just a genre; it’s a way of life. Urban Verbs began taking shape in 2005, when Carlos Contreras, Hakim Bellamy and Colin “Diles” Hazelbaker were drawn together by their passions for Hip Hop and slam poetry. The artists wanted to create a new persona for Hip Hop, which is often seen as divisive. “We saw it as this thing that brings people together across generations, backgrounds, class, color, sexuality and race,” says Bellamy. Urban Verbs combines and cultivates the “not so fine arts,” such as street art, installation art, and urban theater. Audiences will find that the show is about more than the type or perfection of the art, as the performers strive to evoke a sense of unity no matter where a person’s passions lie. According to the artists, “Urban Verbs is that place where booties can shake, heads can nod, hands can clap and minds can enlighten by way of experience and execution, passion and practice.”