The Badger-Two Medicine area is a sacred area to the Blackfeet tribe in northern Montana and is contained with the larger Lewis and Clark National Forest. Situated between the Bob Marshall Wilderness Area and Glacier National Park near the Canadian border, this area of land is currently roadless and marked as “Protected” by the Sacred Lands Project (Corbin and Tindall). However, the area wasn’t protected until recently, and for several decades looked to be in peril at the hands of oil and gas corporations looking to drill in the Rocky Mountain Front for gas reserves that were estimated to only be large enough to meet United States energy demands for less than a month (Corbin and Tindall). The Rocky Mountain Front has a rich part in Montana’s history; it began a hundred years ago, in 1913, with Montana’s first wildlife preserve, and voluntary conservation easements protect more than 100,000 acres of private land in the area today (“Preserving the Last Best Place in the Last Best Place”). It is also known for being the only remaining area that is home to all the animal species present at the time of the Lewis and Clark Expedition (“The Rocky Mountain Front”). This area is home to the Blackfeet tribe, and within the Rocky Mountain Front lies the Badger-Two Medicine Area of National Forest Service land.

This 130,000 acre area is seen by the Blackfeet Nation as a very sacred place with great religious and cultural significance to the tribe. Young men venture on vision quests in the area, and the Sweet Grass Hills within Badger-Two Medicine are believed by the Blackfeet to be made by the Creator from leftover rocks from the Rocky Mountains (“Badger-Two Medicine Area”). A member of the Blackfeet tribe relates the significance of the area for his people to a Christian church: “All of the mountains of the Badger-Two Medicine are sacred and necessary to our religion. It is not possible to name certain peaks and designate them as sacred peaks. To do so would be like asking a Christian which part of his church was most sacred, and then bulldozing everything else.” (Corbin and Tindall).

The Rocky Mountain Front, including Badger-Two Medicine, is an ecological dream, containing a vast ecosystem with some of the largest wolf, grizzly bear, elk, and bighorn sheep populations in the lower 48 states (“The Rocky Mountain Front”). As one of the best wildlife habitats in the Rockies, or even the United States, local conservationists and outdoor enthusiasts have also sided with the Blackfeet Nation to help protect Badger-Two Medicine. This cooperation has happened for over a century, with the signing of the Treaty of 1896 as a notable achievement. Along with the sacredness of Badger-Two Medicine in mind, environmental preservation and wilderness management were key in getting the treaty signed. The treaty gave Blackfeet members the right to hunt and fish throughout the area in accordance with state law and to be able to cut wood for domestic use. In addition, spiritual and cultural uses of the Badger-Two Medicine were deemed pre-existing rights that would continue under wilderness management (“The Rocky Mountain Front”). While this treaty simply allowed the Blackfeet to continue what they had been doing for centuries, this was better treatment than many indigenous peoples received in other areas of the United States during this time.

It wasn’t until the 1980s, during the Reagan administration’s shift away from President Carter’s focus on environmental action, that the legal status of the area changed significantly. During this time, two corporations bought oil and gas leases to about two-thirds of the Badger-Two Medicine area from the U.S. Forest Service (USFS) and the Bureau of Land Management (BLM). This went directly against the goals of the Treaty of 1896, and the Blackfeet Nation along with local outdoorsman and environmentalists caused enough opposition, delay, and inconvenience through public protests and litigation that these corporations ended up selling their leases to a number of smaller companies before development began (Corbin and Tindall). Many of these smaller corporations sought permission during the Clinton administration to begin drilling, but the Department of the Interior suspended their leases. Locals continued to protest, and drilling never began.

Then, in 1997, the USFS withdrew all oil and gas leases on National Forest lands along the Rocky Mountain front for 10 years, which included Badger-Two Medicine. This was a great victory for the preservation of the area, but in 2002, the Republican-controlled House of Representatives passed an energy bill that would have allowed oil and gas extraction in areas that had been preserved under the Clinton administration (Corbin and Tindall). At this time, almost 90,000 acres of the Badger-Two Medicine area had been declared eligible as a Traditional Cultural District (TCD) in the National Register of Historic Places, meaning that this large majority of the area couldn’t be drilled.  “The remote wilderness area is associated with the significant oral traditions and cultural practices of the Blackfoot people, who have used the lands for traditional purposes for generations and continue to value the area as important to maintaining their community’s continuing cultural identity,” the National Register wrote (“The Rocky Mountain Front”). However, an individual had applied to drill on a lease area inside Badger-Two Medicine that wasn’t part of the TCD, but thankfully, the bill was never passed, and so yet again, drilling never began.

In 2006, the Blackfoot Community College recommended that the entire Badger-Two Medicine be declared a TCD, which would effectively have ended the possibility of oil and gas drilling. In an indirect response, Montana Senator Max Baucus drafted a bill that same year that would make the 1997 USFS moratorium on oil and gas leases permanent. The bill was passed, and also included a component that made it easier for corporations to sell existing leases in the area by offering tax incentives if they were to sell the leases to nonprofit coalitions (Corbin and Tindall). Since this bill was passed, most of the leases have been sold and taken out of circulation, and while a few old leases still remain, it looks optimistic that the land will soon be protected and free of ownership once again.

Currently, the Blackfeet tribe is supportive of co-management of Badger-Two Medicine land with the USFS. This cooperation would be beneficial to both sides, as the USFS doesn’t have enough money to manage the land on its own while local land management would help keep the Blackfeet rights to hunt and harvest timber in the area along with using the land for traditional ceremonial practices (Corbin and Tindall). The Blackfeet Nation is optimistic that the land can be used as the traditional sacred place it is to their culture as well as shared with the avid outdoorsmen who helped preserve the area. “It is here, where the Rocky Mountains descend to the prairies and among the bighorns, elk, grizzlies, and other wildlife, that you discover the essence of Montana, the ‘Land of the Shining Mountains’.” (“The Rocky Mountain Front”). 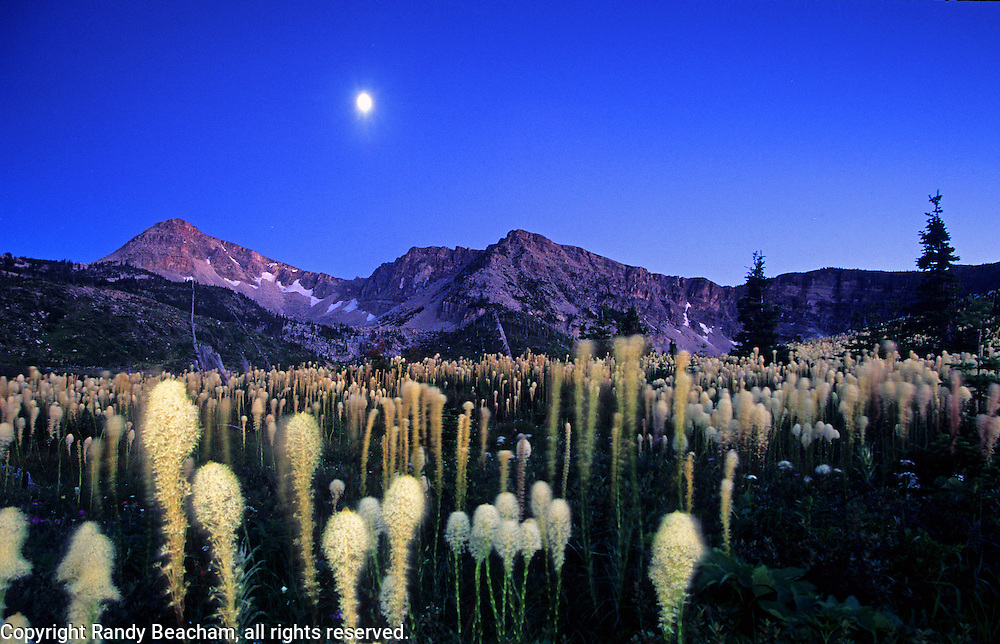 A personal anecdote: my dad once climbed to the top of Heart Butte in Badger-Two Medicine to watch the sunrise with Leonard Mountain Chief of the Blackfeet tribe. My dad found a note in a jar on top of the butte from geologists who had landed a helicopter on top some years earlier. He found out later from Leonard Mountain Chief that the geologists crashed that helicopter after leaving the top of the butte.