Visions of nature and depictions of nature were the themes selected for a day of study of landscape  paintings in the Uffizi Museum in Florence. A selection of works  illustrate  artists’ use of natural elements for cultural representations.

Links to images appear throughout. Suggested readings appear at bottom of page.

For a virtual visit , please use the  Google Art Project, which provides the option of “seeing” the paintings virtually in the gallery by clicking on the small person icon. 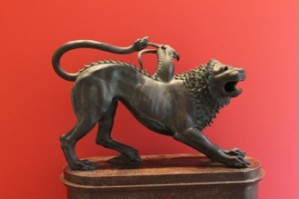