The Alumni Association Board acknowledges these alumni and staff members through four awards to be given at Homecoming 2016. The Homecoming Convocation and Alumni Awards Ceremony will take place Oct. 15, 10–11 a.m. at Shove Memorial Chapel.

Recipients of the Louis T. Benezet Award for career achievement are Scott Desmarais ’86 and Paul Liu ’81. 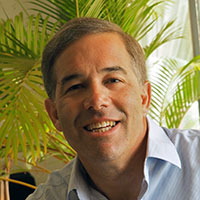 Scott Desmarais ’86
For more than two decades, Scott Desmarais ’86 has devoted his passion for economic and social development toward corporate strategy, business management, and public sector consulting in Africa, Europe, Asia, South America, the Middle East, and the U.S. He served in the Peace Corps (along with his wife, Gabi Prochaska ’86) in Botswana, worked with the U.S. Agency for International Development in the Congo, and created and led a consulting firm, The Desmarais Group, out of Washington D.C. He has been a strategy consultant and partner with The Boston Consulting Group based in Boston, Paris, Jakarta, and Buenos Aires, and joined McKinsey & Company in 2010, first in South Africa, and currently in Nigeria.

In his present role, he serves corporations, public institutions, and foundations in renewable power generation, public health, telecommunications, oil and gas, banking, and other industries. Throughout his professional life, he has applied his business acumen to making a difference in the world. As a leader in the public and social sectors, much of his work has focused on improving primary health care, education, and agriculture in developing countries – including helping Nigeria to eradicate polio transmission and Ebola in the last few years.

Desmarais received an MBA in multinational corporate finance with honors from The Wharton Graduate School of Finance and an M.A. in international relations (taught entirely in French) from the University of Pennsylvania Graduate School of the Arts. 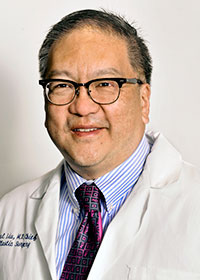 Paul Liu ’81
Dr. Paul Liu ’81 is chairman of the plastic surgery department at Rhode Island Hospital, where he also is an attending surgeon. He is an attending surgeon at Women and Infants Hospital in Providence, Rhode Island, and a consultant with Stemnion and Medline Industries. His distinguished career includes previous medical school faculty appointments at Harvard University, the University of Miami, Tufts University, Boston University, and Brown University. His hospital appointments have included the Lahey Clinic, Roger Williams Medical Center, and Brigham and Women’s Hospital.

His strong commitment to educating the next generation of researchers and surgeons has provided valuable research opportunities for CC students. He has conducted medical missions, performed as a reviewer for medical journals and grant organizations, served on several boards, and held membership in numerous societies and hospital committees. He is frequently invited to speak at medical conferences, and he is a violinist with the Warwick Symphony Orchestra.

He has had more than 50 papers published in peer-reviewed journals, and his work has garnered research funds and awards. He received his M.A. at Oxford University, received an M.D. from Harvard Medical School, and performed his residency in surgery at Brigham and Women’s Hospital.

The Lloyd E. Worner Award recognizes outstanding loyalty, service, and generosity to the college as evidenced by continuing concern and support for students and the quality of teaching and learning, as well as the general well-being and future excellence of the institution. These attributes characterized the many years of service and effective contributions of Lloyd E. Worner, Class of 1942, who served as a faculty member, dean, and ultimately president of Colorado College (1964-1981).

The Lloyd E. Worner Award for remarkable efforts on behalf of the college will be presented to Thomas A. Fitzgerald ’57. 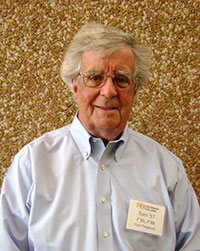 Thomas A. Fitzgerald ’57
Thomas Fitzgerald’s professional background as an educator included instruction, administration, curriculum research, and implementation. For 42 years, he was a teacher and administrator, primarily at Colorado Academy in Denver. He introduced the innovative parenting program Parents as Teachers to the state of Colorado, which garnered him one of the first “Raising Colorado” awards from then-Governor Roy Romer. Additionally, Fitzgerald was recognized by the Public Service Company as “one of the 50 teachers who make a difference.” As regional coordinator for The National Humanities Faculty and the Educational Development Center, he worked with teachers in 20 states.

His publications include stories in Yankee Magazine and American Heritage, a book of stories about his grandfather, and textbooks on topics concerning presidential power and American foreign policy. Additionally, he served in the U.S. Navy and was active on numerous nonprofit and foundation boards.

His long history of loyalty and generosity to Colorado College includes serving on the 2016 Homecoming 60th reunion committee, as the immediate past-president of the 50 Year Club, and as class speaker for his 50-year induction ceremony in 2007. He worked with the Alumni Association Board for five years on engagement and advancement committees, assisted reunion giving, and has helped CC’s advancement staff build relationships that benefit the college. Fitzgerald earned a Ph.D. in education from the University of Colorado.

The Gresham Riley Award recognizing faculty, administrators, and staff who have made a significant difference to the college will be presented to Richard Bradley and Cecelia Gonzales. 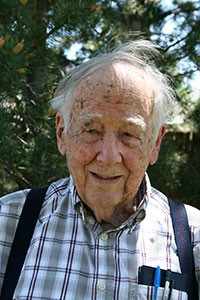 Professor Emeritus Richard “Ric” Bradley began his teaching career at Colorado College as associate professor of physics in 1961. During his long tenure at CC, he became a full professor in 1966, and he served as dean of the faculty and dean of the college from 1973 to 1979 before retiring in 1987. His most enduring legacy was the creation of demonstration and laboratory experiments for introductory physics courses. Among the interdisciplinary courses he co-taught were Conversations of Mankind, Musical Acoustics, History of Scientific Thought, Renaissance Semester, Patterns in Nature, and Perspectives on Western Culture. With Bill Hochman, he co-directed the interdisciplinary major War and Peace in the Nuclear Age.

Before coming to CC, he held several academic positions at Cornell University, where he conducted research on metal surface phenomena. His areas of specialization are the physics of solids and electrical discharge phenomena. His memberships include the American Association for the Advancement of Science, Colorado-Wyoming Academy of Sciences, and American Physics Teachers. He is a fellow of the American Physical Society, and he served in the U.S. Navy during World War II.

His civic involvements include numerous conservation concerns and activities including testifying at congressional hearings against building dams in national parks and monuments. His musical interest led to the creation, with his brother David, of a 35-minute choral piece with full orchestra titled “Sierra Song,” which was performed by the CC Choir in 1994. He earned a B.A. from Dartmouth College and a Ph.D. in physics from the University of California at Berkeley. 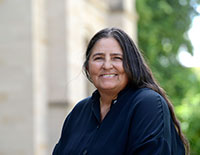 Cecelia Gonzales
Employed at Colorado College for 21 years, campus horticulturist Cecelia Gonzales is largely responsible for the sustainability and aesthetics of the CC campus landscape. Through her efforts to create a more sustainable and earth-friendly horticultural design, she has replaced much of the bluegrass with native and climate-appropriate plants. Her designs reflect the natural beauty of the campus and are created through careful consideration of cost, maintenance, sustainability, and stewardship.

Gonzales became a landscape industry-certified technician with Associated Landscape Contractors of Colorado in 1999. She received the Golden Trowel Award from the City of Colorado Springs for five consecutive years. Her work with students has included building a pollinator garden, serving as student advisor for the Synergy House, teaching trail building at the CC cabin, and assisting with courses and field trips.

In 2002, she visited Japan to research gardens, and subsequently she was instrumental in installing a Japanese garden at the Asian House on the CC campus. In 2006, she attended an intensive, invitation-only garden seminar in Kyoto, Japan. Gonzales has served on numerous campus committees and works closely with the Native American Student Union. She received a B.A. from the University of Colorado at Colorado Springs.

The Spirit of Adventure Award recognizes an alumnus/a who exemplifies the unique CC experience through a life of intellectual, social, or physical adventure. These attributes are characterized by the late Robert M. Ormes ’26, a Colorado College English professor from 1952-73 who was the inaugural award recipient. He was an adventurer of the mind, body, and the spirit that exemplifies much of what is special about the college.

The Spirit of Adventure Award, intended to acknowledge those alumni whose lives are examples of the great adventurous spirit unique to Colorado College, will be presented to Trinity Ludwig Wells ’06. 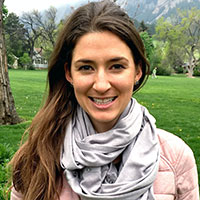 In 2011, during a leave of absence, she and two friends took an 11-month hike up the spine of South America. Throughout their adventure, the trio collected biodiversity data through GPS, photos, and journaling for Pacific Biodiversity Institute. The following year she returned to South America to lead scientists on an exploratory expedition to collect additional data about biodiversity in remote wildlands of Argentina.

Paying her passion for the outdoors forward, Wells currently serves as treasurer of the board of Paradox Sports (Boulder, Colorado), a nonprofit that revolutionizes lives through adaptive climbing opportunities. In the past, she served on the boards of two wilderness-focused nonprofits – cityWILD (Denver, Colorado), which provides at-risk youth with wilderness service learning opportunities, and Pacific Biodiversity Institute (Winthrop, Washington), which focuses on land preservation in South America.