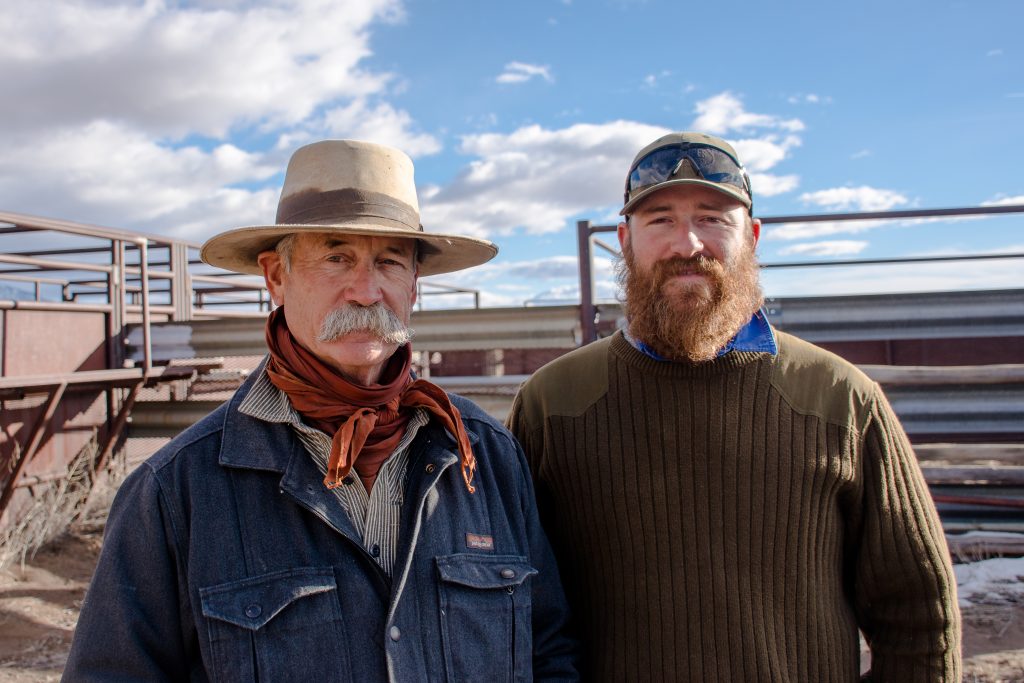 SAN LUIS VALLEY – Hundreds of years ago before southern Colorado’s San Luis Valley was cut into farms and ranchland, bison roamed freely. Today, bison are back – brought in as part of an effort to ranch more sustainably in the drought plagued valley.

“For us to go in to the future, we have to produce conservation like we produce beef,” said Duke Phillips, land manager and head of the multi-state Ranchlands company.

“That’s what we’re trying to do with the bison.”

“In today’s world, economics are a crucial part of preservation,” Phillips said. In order to be good stewards of the land, Phillips has had to diversify with the way in which Ranchlands makes a profit. Meat production can be unstable, so having a second and third source of income enables the ranch to survive while prioritizing the land and not over-ranching.

On the Zapata ranch, Ranchlands now hosts an entire guest experience, aimed at giving a glimpse of what ranching entails.

At other properties, they make leather goods and do educational programs with schools and community members.

“To me, it seems like ranchers have to see themselves as environmentalists,” says Phillips. This the mindset which they try to impart to the workers they employ. At Zapata, Duke and his team have attempted to create a bison heard which is as close to natural as possible.

By implementing a number of modern and holistic ranching practices, Phillips has gained some recognition. The herd is encouraged to follow natural migratory patterns, and round ups are carried out with the help of a helicopter, so as to reduce stress on the animals.

This new approach has attracted positive attention from environmentalists in cities outside of the San Luis Valley. Traditional ranchers in the valley however, have been a little slower to catch on.

“The biggest problem that I see is the great divide between rural and urban. We must not only be good stewards, but good communicators,” says Phillips. His model, which is based on the efforts of Zimbabwean ecologist Allan Savory, is proving successful at bringing non-legacy ranchers into the field. Phillips says that across all of his ranches, a large portion of his employees come from cities.

Phillips said that this is also a sign that other long-standing cattle producers are unwilling to follow Ranchlands model.

“Other ranchers don’t really know what to make of us,” Phillips said. The reluctance of other farmers to change their ways is a result of the deeply engrained farming and ranching culture, he said.

“There is tradition. We love it, we were born into it. It’s an incredible place to raise a family,” Phillips said. But if Duke is right, that tradition may need to change to ensure future ranching in the west.