They look like they should be at a bar in Denver. Instead, they’re young millennials going back to the land.

Phillips sports a curled, salt-and-pepper moustache, stained brown leather hat, and red scarf wrapped around his neck. His company Ranchlands oversees large-scale ranching operations in Colorado and New Mexico. His son, Duke Phillips IV, will take over after him. 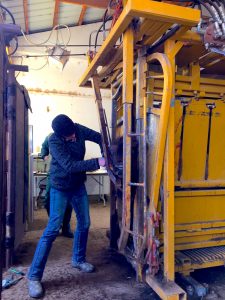 “We just love it,” said Phillips IV. “We were born into it. To me, it’s an honor to be entrusted with landscapes like this. And try to leave something behind that’s better.”

The number of young farmers increased by 2.2% between 2007 and 2012, according to the U.S. Department of Agriculture. Yet it doesn’t counterbalance the general trend in the country. In the same time period, about 100,000 farmers between 45 and 54 years old stopped working.

Many people at the ranch weren’t born into the business. Employees come from Maryland, Ohio, Australia, Tennessee, California, and Colorado. They are interns, apprentices, and managers. Most are women.

Why the young workers at Ranchlands?

The company strikes a balance between old and new.

Workers ride horses to round up their herds. Phillips IV also flies a helicopter, swooping above the plains. The ranches run a leather shop, school, and hospitality business. The bison meat is sold at Whole Foods.

Ranchlands also focuses on ecological conservation through traditional bison ranching. Because bison eat native vegetation, the land doesn’t need to be irrigated. When bison graze the land, they help cycle nutrients in the soil.

It’s a business with environmental benefits.

It’s round-up day at the ranch. Workers wave flags at the shaggy, brown-furred bison as they grunt and toss their heads. The animals stampede through a maze of metal tunnels. They’re funneled into a single line. Their eyes rove and glisten. One bison drips blood – its horn has been ripped off. 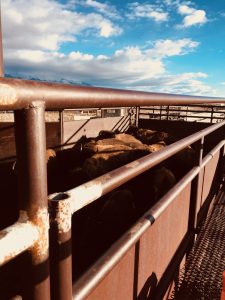 Each animal is weighed and tagged with a digital chip, shaped like a small silver bead. It keeps a record of their sex, age, and pregnancies. A team of scientists tugs out a clump of hair from the bison’s tail. Eventually, they’ll test it for genetic impurities.

“Today, conservation is just as much about the people as it is about the land,” said Philips IV.

And Ranchlands brings people together. They host concerts in their fields. Every year, 2,000 schoolchildren visit their operations. They even post on social media.

Their mission is to educate. They’re bringing forth a new era of ranching.

“Every day you wake up, and there’s good days and bad days,” said Duke IV. “Generally speaking, it doesn’t feel like work.”