A Closer Look at the Appropriateness of Models

One theme from the past week that we explored in a variety of ways was when models are appropriate for describing an experience and when personal experience is appropriate.  While the ceremony reflection in part addresses this, I thought I would take the time to peel this question apart a little bit more.

The best way to start is, I suppose, to delineate the strengths and weaknesses of each approach.  The primary strength of a good model is that it tries to say something that is true for “most people.”  That is, it tries to reveal something universally true about the world.  A model is considered good when it can do this with a minimum of inconsistency between the world and the model, and a maximum of applicability so that the scope of the model does not become too narrow.  However, you are bound to run into these two issues with any model you create.  That is, all models will be limited in scope so that the universe is not completely described, or there will be inconsistencies where what the model predicts is not what happens in the world. 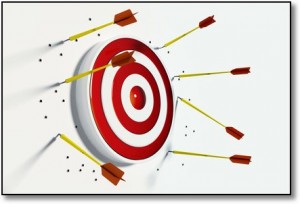 Fig 1.  Careful with those models!  Retrieved from http://www.mikefleischmann.net/?cat=18

By definition, the only perfect model would be a complete description of the universe itself which would be… difficult.  This shortcoming of the model is complemented by personal experience, which does not suffer from being limited in scope or inconsistent.  Your experience is a perfect description for the state of the world at that time, and because it happened, there are no internal inconsistencies with the experience and the world.  However, experience says nothing about what is true for “most people” or if there was a universal set of principles governing your experience.

That’s a nice and balanced view of experience vs. models for people who like balance.  I would say balance is overrated in this instance though…

Let’s look at this weakness of using personal experience a little more closely.  People often say that it is impossible to arrive at a set of universal principles by using personal experience and that is where models hold a clear advantage.  I would argue that it is certainly possible to articulate a set of universal principles using only experiential learning.  Many indigenous people knew about abstract principles through repeated observation.  Their tie to the land and knowledge about the land was entirely based on observational learning, which was experiential.  One might argue that we can’t know these things “for certain” based solely on experience and that by abstracting the experience and manipulating numbers, we can reach conclusions about the experience that we would not have been able to reach solely relying on our experience.

So I guess the question becomes, how useful are these concepts that we’ve created that we know now “for certain”?  Concepts like gravity, thermodynamics certainly seem to be useful in describing the outside world.  Are they actually succeeding in articulating universal principles that we could not arrive at through purely observational learning.  My answer, for what it’s worth, is that these laws could not be articulating principles about how stuff out there works and instead be reflecting a set of deeply and collectively held beliefs about how the world should behave.  And we can look at this question by using an experiment called the double slit experiment, first performed in 1909, which is now the foundation of the field of quantum physics. 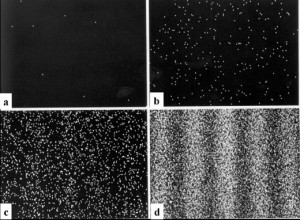 While going through the experiment itself is outside the scope of this paper, the curious reader could go here to read about specifics:  http://www.hitachi.com/rd/portal/research/em/doubleslit.html

Now yes, it is only an interpretation, but I’m not going to justify it or try to prove it, basically because the nature of this interpretation calls into question trying to prove anything when the observer and the observed are so inextricably linked.  What’s important is when you question the validity of what you thought was true (the existence of universal principles and the presupposed value of models in this case), you open to a new way of seeing things.  Experiences will start to mirror the fact that you live in a world of deeply ingrained beliefs rather than facts.  In other words, there is no point in trying to prove the relational interpretation true, because if it is true, then absolutely everything could be construed as an interpretation anyway, which makes true or false meaningless in any absolute sense.  However, if you open your mind to the possibility that this interpretation is true, you give yourself the possibility of experiencing it as true, by virtue of the mechanism of the relational interpretation itself.  Sometimes you just have to say, “I don’t know”, and leave it at that.

So back to experience vs. models.  I don’t mean to say that models are useless.  There is value in models, but I do not believe that they in any way articulate universal principles.  Experience constantly helps us be aware of what we believe whereas models help us be aware of what we collectively believe.  Again, under the relational interpretation, models do not describe the world, but do describe our collective beliefs about the world.  In order to illustrate the usefulness of this awareness, let’s have a hypothetical conversation.

ZB:  No, you only believe you have a knee.  I would perceive differently.  Then the knee pain will disappear.

And that folks is the value of being aware of what we have collectively invested belief in.  While under the relational interpretation, my way of doing things could actually work (and could actually be useful in explaining miracle healings and out of pattern experiences of all types), it was not useful in this instance because my dear brother did believe he had a knee.  So basically, use a model if you’re interested in exploring collective belief, and use experience if you’re interested in exploring individual belief.

You may be wondering what models and experience have to do with exploring truth, because you probably thought that that’s what the post is going to be about.  And then I had to question the whole universal principles thing and now look where we are!  Well to answer your admittedly hypothetical question about the relationship between truth and these two tools, I will simply point out that the model I’ve built that explains when to use models and when to use experience is:

2)      Relies on a model (relational interpretation) which says

3)      All models are not just wrong but fundamentally and completely inaccurate.

Basically, another way to represent these points is as follows: 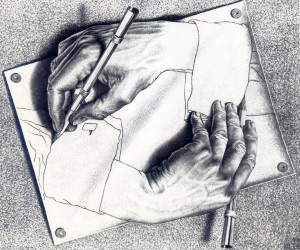 Except maybe there would be 3 hands drawing each other instead of two.

Um,  I’m going to stop now before my brain revolts and crawls in a corner after deciding that you can’t actually know anything in this world…