My first experience with Alfred Hitchcock took place – all too early, perhaps – in the proverbial springtime of my life. I must have been at most ten years old, but I still remember every frame of the famous Psycho shower scene as if I saw it yesterday.

I haven’t seen it since.

I’m pretty sure I didn’t jump. Or scream. But sounds of slicing and a shrieking Janet Leigh haunted me for weeks. I distinctly recall being too terrified to shower for several days. Eventually, my younger sister agreed to sit outside the bathroom door and “keep watch” until I emerged, paranoid and dripping wet.

Why, I wondered, did this apparently simple murder scene – even after my father assured me that the “blood” was really only chocolate sauce – resonate with me to such an irrevocable degree?

I’m certainly not the first or only person to ask this question. During these first few days of class, Professor George Butte and the students in his “Films of Alfred Hitchcock” course have begun to explore an array of potential answers.

So far, our class has watched The Lady Vanishes (1938), Strangers on a Train (1951), and Shadow of a Doubt (1943). Already we’ve gained insight into the greatness of suspense as a cinematic form. Hitchcock didn’t rely on mere “surprise” – shock value – to instill profound terror in his viewers.  Sure, Hitchcock movies are terrifying, but they’re also terribly disturbing. Suspense, we’ve learned, is not merely some hackneyed plot device, but a cinematic method that can be harnessed and mastered to achieve effects far more harrowing than “the creeps.” 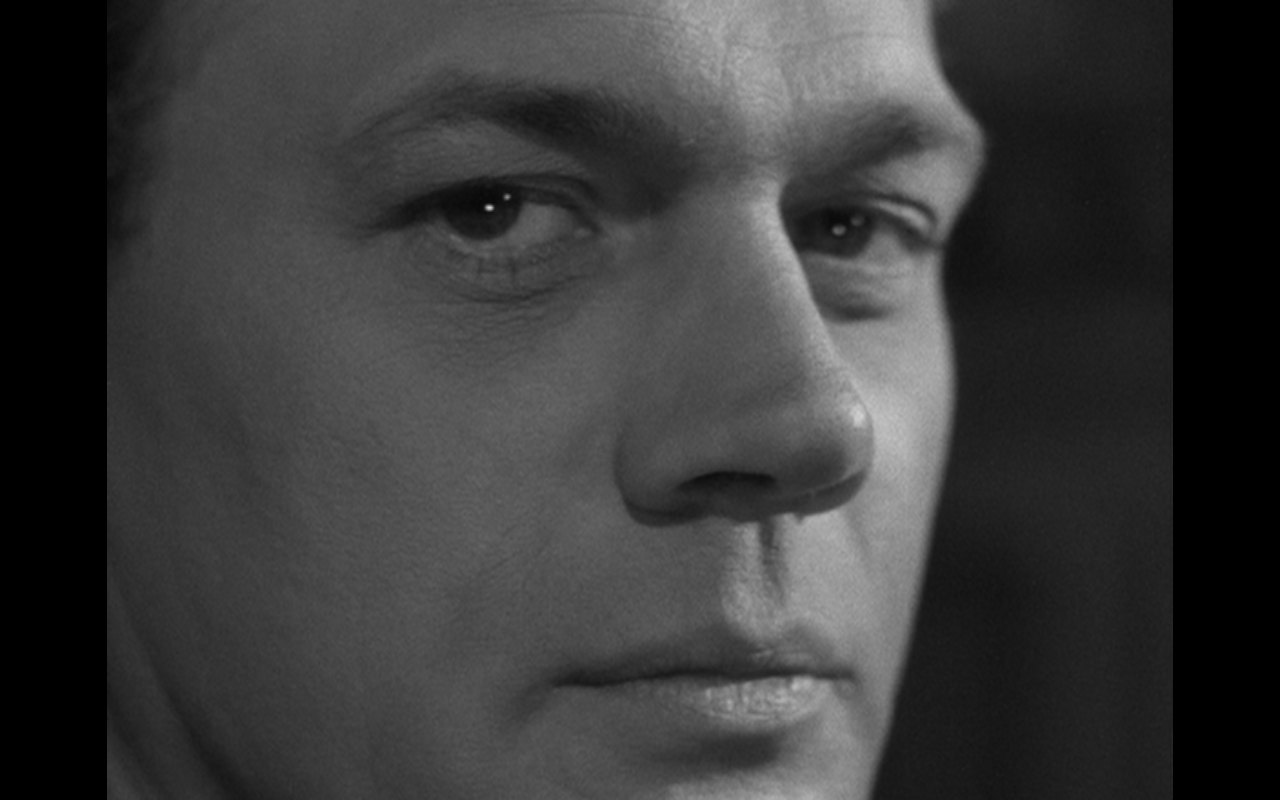 Check out the following scene from Shadow of a Doubt, the 1943 Hitch classic we watched as part of yesterday’s homework:

Uncle Charlie: Women keep busy in towns like this. In the cities it’s different. The cities are full of women, middle-aged widows, husbands dead, husbands who’ve spent their lives making fortunes, working and working. Then they die and leave their money to their wives. Their silly wives. And what do the wives do, these useless women? You see them in the hotels, the best hotels, every day by the thousands, drinking the money, eating the money, losing the money at bridge, playing all day and all night, smelling of money. Proud of their jewelry but of nothing else. Horrible, faded, fat, greedy women.
Young Charlie: But they’re alive! They’re human beings!
Uncle Charlie: Are they?

(You can watch the full clip here – the goosebumps are worth it.)

Initially, the dart of Uncle Charlie’s eyes into the camera on “Are they?” sent a prickle up my spine; however, the disconcerting nature of the question has had a more prolonged effect – I’m questioning my species’ moral code.

SPOILER ALERT: In Shadow of a Doubt, world-weary Charlie – played by Joseph Cotten – murders wealthy widows who, in his opinion, fritter away their undeserved windfalls like “fat wheezing animals.”

“And what happens to animals,” asks Charlie, “when they get too fat and too old?”

Today, this film raised a deluge of disturbing and provocative questions in class. Are we – the audience – to agree that these murders are justified? Did these rich women wish death upon their late husbands? Do they deserve to die? Does anyone deserve to die? Of course not! Then again – and here’s the rub – are we to view Charlie as a kind of macabre Robin Hood, dementedly determined to reappropriate wealth as he sees fit? He may not be a hero, but does he have a point? If the world really is a hell, should humans content ourselves to stop striving for its improvement?

I’m not a nihilist, so personally, I would say no. Still, the crux of the matter is that Hitchcock’s genius inspires more than a superficial tendency to peer around corners or avoid dark staircases. For me at least, it has triggered a profound fear of the human potential and its capacity for violence, perversion, and purposeful ignorance. In the context of Hitchcock films, we’ve discussed the ideas of Freud, Lacan, Nietzsche, Dostoevsky, and many more. It’s only been three days, and his work has already kindled innumerable in-class questions about apathy, life, love, marriage, death, resurrection, gender, sexuality, good, evil, existentialism, and human nature in general. The result? Well, my traumatic childhood viewing experience is beginning to make sense to me. Janet Leigh’s shower scene isn’t scary because blood is scary. It’s scary because human nature is scary.

Tonight, I’ll walk to Armstrong Hall to watch Notorious, a Hitchcock film I’m excited to see for the first time. In addition to getting the shivers, I hope to – once again – witness another expert manipulation of the so-called “dream factory” to yield a lingering, beautifully manufactured nightmare.

We haven’t yet screened Psycho. But by third week, I’ll be able to let you know if I can shower.