I have finished my final paper (mostly). There are no unread books in the pile on my desk – all of them contain copious penciled-in notes. This afternoon, I will flee into Colorado’s vastness, once again, to confront whatever anticipated bad weather awaits me with some kind of joy. Soon those of us who have collected to look deeply at poetry, to carefully investigate the world, to reconsider ourselves, will scatter again. The approaching change feels sudden, abrupt, too soon. Yet to move and grow is natural; this class has been an experience of change, a moment of growth.

Our study of Shailja Patel’s Migritude, then, is remarkably appropriate as we move in a multitude of directions from this central place of study. Patel’s engaging book is simultaneously a transcript of her one-woman show and an anthology of her explorations of herself. It is a political statement, a study of race and acceptance, and a magnificent work of art. Her blackness is unique among those we’ve studied; she is a Kenyan of Indian heritage who has lived in Britain and America. Yet none of this makes her any less black. Indeed, her “migritude” is a play on the earlier ideological negritude movement; it allows Patel to simultaneously identify as black and as almost identity-less, a member of a group of people whose very roots lie in their rootlessness.

This apparent contradiction was not an unusual encounter. We proceeded to read Ezekiel Mphahlele’s essay “Voices in the Whirlwind,” which presents (helpfully) a plethora of arguments about black poetry. The unfortunate aspect of this abundance of arguments is that many of them seem to contradict one another. Perhaps, though, this confusion is a fundamental part of black poetry.

Michelle said this morning, after we had read the poems we created to mimic the voices of those we studied (which also managed to reveal an array of ridiculously incredible word-workers with whom I’ve been fortunate enough to rub shoulders for the last three weeks), that she hoped the class had managed to confuse us further about the meanings of the words in its title. I am not meant, I think, in the end, to understand the meaning of the word “black” or of “poetry,” and even worse, I don’t think I will ever be able to define black poetry. Luckily, though, the point is not to define. The point is to learn and grow and change and move, and in that, I think, I have succeeded.

p.s. I discovered a few more photos from Baca. They’re not particularly fitting, here, but they’re lovely. Many thanks to the most fabulous Michelle Decker, for the photos and for everything else. 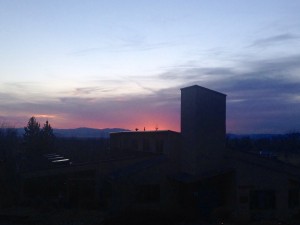 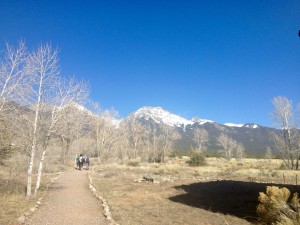 I'm a first-year with a vague idea of majoring in comparative literature but that isn't to say I won't change my mind. I'm from Denver, Colorado and am - as if my reluctance to leave the state isn't evidence enough - a steadfast lover of the mountains. A Short List of Other Things I Love: books, snow, coffee, dancing, sunshine, sweaters, good pens, postcards, hiking, and large windows. I also appreciate good music (although my taste changes by the day) and good food (no guarantees about the stability of those tastes either). Here's to the writing and reading of words! View more posts