The last survey flight was completed on December 3rd. This flight concentrated on an area in the southern part of the Ross Ice Shelf. Travelling anywhere on the shelf requires some work.

Although the IcePod remains attached to the lever arm on the plane until surveying ends for the season, the gravimeters are removed from the plane after each flight and loaded back on before take-off. The gravimeters need to be properly disconnected and wrapped in blankets before a cargo takes them via tractor to the plane. 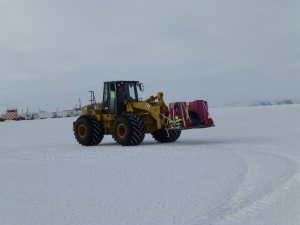 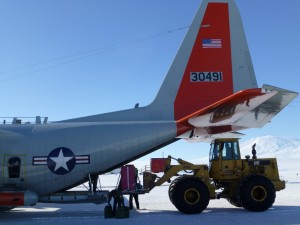 As soon as the gravimeters are on the plane, they are surveyed.

Once the pod is warmed up, sensors are checked, gravimeters are loaded, and a survey is completed, the team is then ready for take-off.

The flight included many short, critical lines that crossed the grounding line of the Ross Ice Shelf. 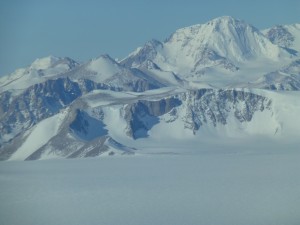 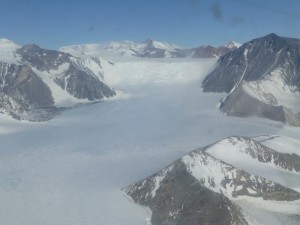 … which divide East and West Antarctica.

The aircrew are super friendly and had no issues with me entering the cockpit several times to set up cameras, and they even let me hang out during a turn and for landing. 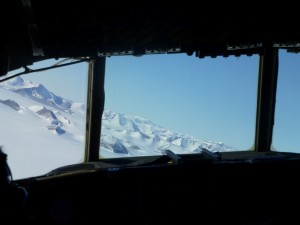 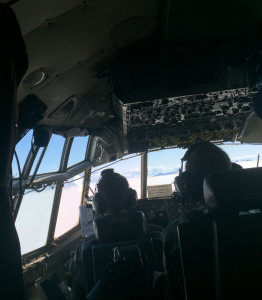 Despite the many flight cancellations, this season’s data collection was certainly a success.

* Scott Springer of Earth and Space Research (ESR) is also blogging about his experiences with ROSETTA-Ice this season. Check it out, learn about ALAMO floats!