On Tuesday morning of fourth week, we set out to go on another adventure. Our next destination is a quinoa farm in the San Luis Valley! We met up with farmers Ernie New and Jennifer Smead of White Mountain Farms to learn more about their organic family farm.

Back in 1984, Ernie was approached by a friend trying to convince him to grow quinoa. However, he didn’t know how to grow it, clean it, or eat it; quinoa was still new to the American market. All he knew was that quinoa was sensitive to herbicides and didn’t take much water to grow. Over time, other farmers in the San Luis Valley also caught on and started growing quinoa, too. 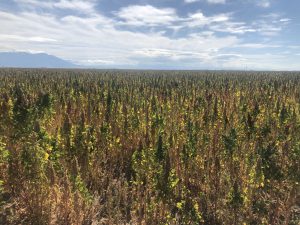 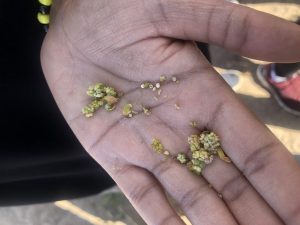 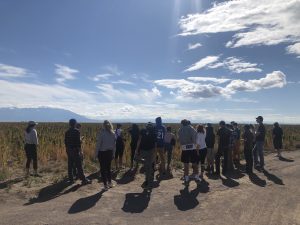 In 2019, the market demand for quinoa so is great that, as Ernie New puts it, “If everybody in the San Luis Valley stopped growing potatoes and started growing quinoa, it would barely make a dent worldwide [on the demand for quinoa].” Companies are putting it in their cereals and processed foods to market the product as “healthier.” The bulk of White Mountain Farms quinoa is sold to a middleman to be sold to a large company. Thus, similar to Spud Grower Farms, the White Mountain Farms family has little to no idea where their crop will end up in the world.

Jennifer Smead also gave us a tour of their potato packing facility. She touched on the market demand for perfect potatoes; 25% of the potatoes harvested are thrown away because of aesthetics or damage to the outside skin. Potatoes are classified by their appearance; number 1 potatoes have less defects and are overall more evenly shaped than number 2 potatoes. Smead says she rarely eats number 1 potatoes, number 2 potatoes taste just as good. 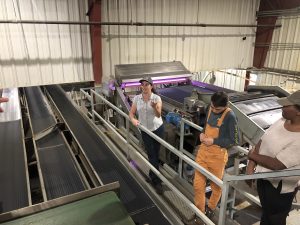 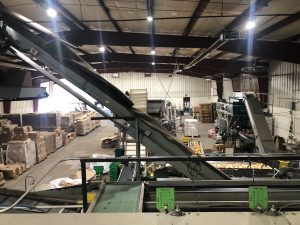 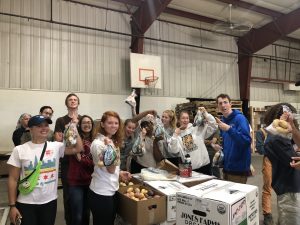 We also took some potatoes home!

After a long day of touring quinoa and more potatoes, we came back to CC’s Baca Campus, took our last Italian quiz for the block and relaxed. I went on a walk into Crestone with some classmates. It’s a 10-15 minute walk to reach the closet market, they had fresh, local, organic produce, and cheap kombucha. 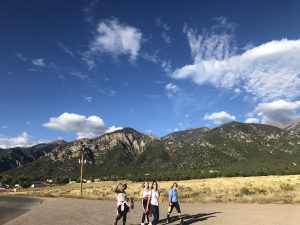 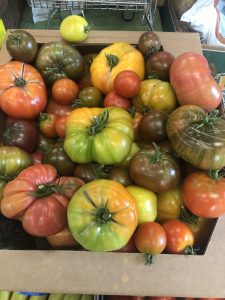 I found these beautiful tomatoes at the market, too!

We spent our last night at Baca making pizza and hanging out. After a crazy block of adjusting to college, learning Italian, taking a million field trips, and talking about environmental science, it was time to destress. On Wednesday morning, we headed back to CC to start our block break! 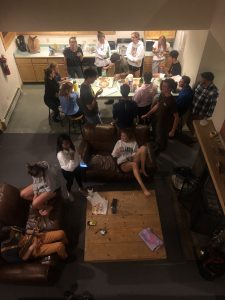 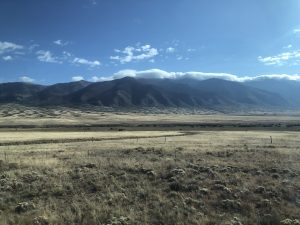 The view on the drive back to campus.

I spent my block break on campus, hanging out with friends, climbing the Manitou Incline, and cooking the potatoes from White Mountain Farms. 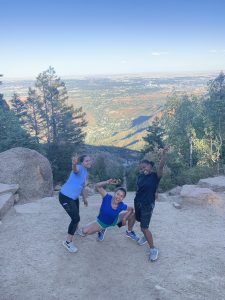 My roommates, Isley G. and Erin H., ft. the view from the top of Manitou Incline. A must-try if you’re in the area!

On Sunday morning of block break, I drove 45 minutes to Canon City and went SKYDIVING! I could see the mountain ranges and multiple 14ers when jumping out of the plane. 12/10 would recommend Colorado as a skydiving spot. 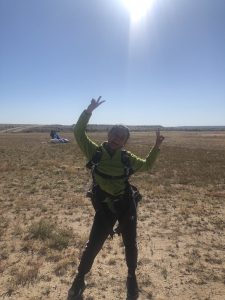