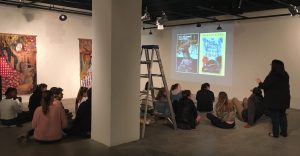 Our class met with artist Rayna Hernandez (Yankton Sioux/Lakota) who graduated in 2016 with art and creative writing degrees at the University of South Dakota and is a former student of Professor Natanya Pulley. Her visit to the Colorado College was sponsored by the Fine Arts Center Mellon Faculty Fellowship and by the Provost’s Faculty Visiting Speaker Grant. Rayna had some of her artwork showcased in the Coburn Gallery in the Worner Campus Center. She did a presentation that explained her inspiration for her artwork and also talked about how one of her idols, Oscar Howe (http://aktalakota.stjo.org/site/News2?page=NewsArticle&id=8858), influences her art.

“Who ever said that my paintings are not in the traditional Indian style has poor knowledge of Indian art indeed. There is much more to Indian Art than pretty, stylized pictures. There was also power and strength and individualism (emotional and intellectual insight) in the old Indian paintings. Every bit in my paintings is a true and studied fact of Indian paintings. Are we to be held back forever with one phase of Indian painting, with no right for individualism, dictated to as the Indian always has been, put on reservations and treated like a child, and only the White Man knows what is best for him? Now even in art, “You little child do what we think is best for you, nothing different.” Well I am not going to stand for it. Indian Art can compete with any art in the world, but not as a suppressed Art. I see so much of the mismanagement and treatment of my people. It makes me cry inside to look at these poor people. My father died there about three years ago in a little shack, my two brothers still living there in shacks, never enough to eat, never enough clothing, treated as second class citizens. This is one of the reasons I have tried to keep the fine ways and culture of my forefathers alive. But one could easily turn to become a social protest painter. I only hope the Art World will not be one more contributor to holding us in chains.” ~Oscar Howe (Yanktonai Dakota; 1915-1983)

One of the main topics we have discussed in our class is how there are certain expectations that most people have for what they think Native/Indian art is and what it should be. We learned how many Native artists are not making their art to meet these expectations and how they are changing the idea of what Native art is and what Native art can be. Rayna shares her life experiences and identity in her artwork. She incorporates written work, beads, and other materials into her paintings.

“Hernandez writes her ideas and experiences on anything she can find–napkins, receipts, scratch paper. Then she makes collages from those notes onto a canvas and paints over the top, creating and uneven and rugged background. “So my writing is incorporated in my paintings at least for my ideas and it’s also literally incorporated in the paintings.”…She paints abstract shapes over the written background of her work, leaving only a few words visible. She often adds a female form as the centerpiece–modeling many images after her own body.” (http://listen.sdpb.org/post/vermillion-artist-shares-life-experiences-and-identity-through-paintings)

Rayna and Professor Pulley have done a collaboration together which has been featured in the book “#NotYourPrincess Voices of Native American Women.” Professor Pulley had written “Falling” and had asked Rayna to do an art piece, “Morning Star,” to accompany it. It was a pleasure to meet Rayna and to have been inspired by her artwork. 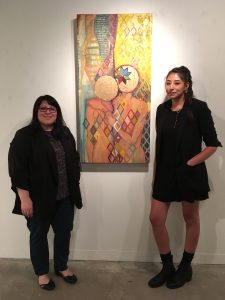 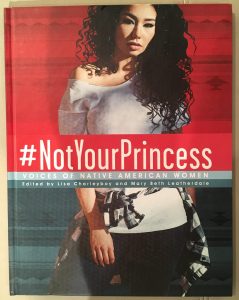 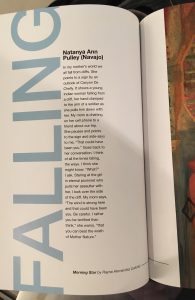 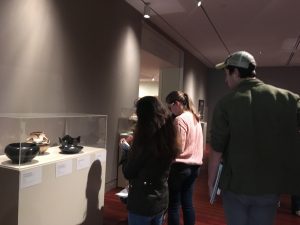 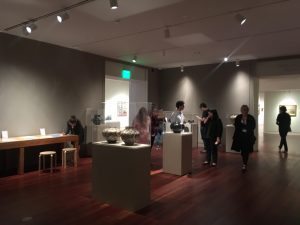 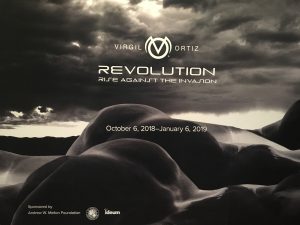 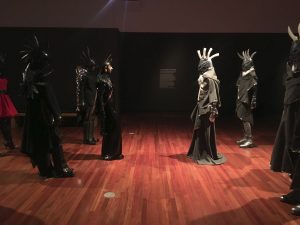 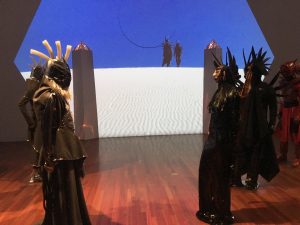 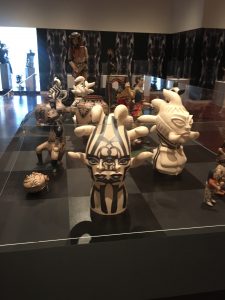 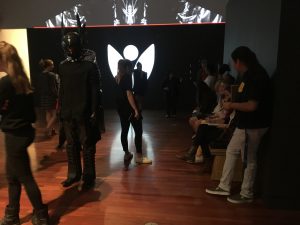 Our course during this third block (October 22-November 14, 2018) is EN252 Topics in Native American Literature: Arts and Literature by Native American Writers and Artists taught by Professor Natanya Pulley (Diné/Navajo). Professor Pulley has a B.A. in English and a Ph.D. in English (Fiction Writing) from the University of Utah. We are focusing on poetry, non-fiction, and fiction by contemporary Native American writers as well as contemporary art by Native American artists. We are interrogating curations and critical approaches to Indigenous arts and writing. We are also working on a decolonization exhibit project with the Colorado Springs Pioneers Museum. Here are some of the course texts that we are reading this block: 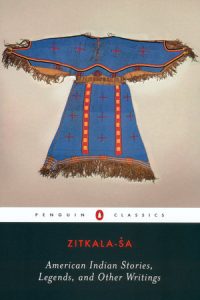 Our course is connected to Professor Pulley’s Fine Arts Center (FAC) Andrew W. Mellon Faculty Fellow position, which includes opportunities for our class to visit the FAC, have consults, and participate in different activities/exhibits. In September 2016, the Andrew W. Mellon Foundation awarded the Colorado College $1.2M to support programs and CC courses at the Fine Arts Center museum. The grant is focused on the following initiatives:

Professor Pulley’s creation of this course was made possible thanks to the support and assistance from the FAC fellowship, Provost funds, VWS, and NEH fund.