Week 3: Above or Below

Our last week of Women in Film revolved around films’ relationships to metaphors, meaning, and truth, as well as the division between those work above or below the line within the film industry. Through analyzing Maya Deren’s Statement of Principles, we interacted with the idea that what makes humans different from other animals is the ways in which they interact with matter and develop meanings. Through art, people come to interact with, change, and assign meaning. Art also forces audiences to come into contact with meanings, metaphors, or truths that they may have never seen before. Each of the five films from this week, Meshes of the Afternoon, History and Memory, Watermelon Woman, Wendy and Lucy, and The Fits, introduced identities that I have found to be misunderstood, misrepresented or underrepresented in film to the forefront. Each work employed a series of different stylistic choices and strategies, from narrative to collage to documentary, to introduce stories and truths that often go untold to audiences in an accessible way.

To finish out our class, we began to discuss how the work done by women in film “above the line” influences those “below the line” and how the women we have studied this block contribute to film and media activism. Those working above the line, like producers, directors, and actresses, repeatedly outshine those working below the line, like set and costume designers or intimacy coordinators. This is often because those that are above the line serve as the faces of film and the effort put in by those working below is assumedly nonprofessional or able to be done by anyone with a little training (which isn’t true). The women we studied this block have brought more attention to the importance of below the line workers and have begun the process of bringing balanced gender representation to the film industry.

Despite struggling to become used to a new schedule and taking class online, I have learned to love a number of styles of art that are new to me and appreciate the little things and simple wins a bit more. I’m looking forward to being back on campus and getting back to “normal” life, but for now, I’m grateful to still have the opportunity to learn while at home and I’m looking forward to seeing what else I learn while life is flipped upside down.

Our focus for week two was looking at women auteurs, or women film creators who are considered the authors of their films and have injected their style into the works, whose films have moved beyond transnational boundaries. Our primary films for this week were Marjane Satrapi’s Persepolis, Věra Chytilová’s Daisies, Agnès Varda’s Faces Places, and Nadine Labaki’s Caramel. Each one of these films was created by a female auteur who not only managed to push their films beyond transnational boundaries but reached elite status within the film industry. By analyzing these films and the statuses of their creators, we began to unpack questions surrounding why they are considered anomalies within their home countries and strategies these women use to share their films and work against gender norms and stereotypes. We also broke down some of the ways in which the auteur model helps directors, like granting successful creators a wide-reaching platform to reach larger audiences, and hurts the film industry by making it difficult for new creators to enter film spheres and for well-known directors to become separated from past identities, styles, and works.

One characteristic of the films that stood out to me most was that, despite employing completely different stylistic elements, each film shared a number of similar thematic concerns. It pushed me to think about how truly wide-reaching a number of social issues are. We are able to connect to thousands of others because we all must deal with specific social, political, or economic issues because of our gender, sexuality, race, nationality or economic status. One of the places where we begin to differ from one another is in our responses to these issues and the art we create as a personal reflection. 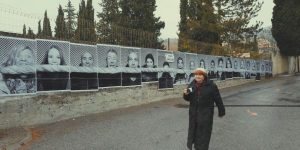 Week 1: Women on Film vs Women in Film

Last week marked the beginning of a series of firsts. Not only did 7th block begin last week, but I also started my first online class and began to transform my in-person college experience to an online one. Instead of having morning coffee with one of my roommates, getting ready for my chapter’s Big Little week, meeting with Kathy in hopes of figuring out my upcoming thesis topic, and discussing the film world’s greatest issues and puzzles in Cornerstone, I found myself in bed in my hometown, downloading Zoom, making Netlflix Party watching plans, and attempting to figure out how different taking an asynchronous class would be.

Luckily for me, Professor Seid has been making the move from in-person to online class as smooth as possible. Professor Seid is an Assistant Professor of English, with a focus on feminism, literature, and film, visiting from the Baruch College-The City University of New York. She has introduced one of her favorite classes to CC, Women in Film!

Our first week started out with us differentiating between women’s films and women in film, analyzing the relationship between entertainment, women, and feminism, and evaluating the role of pleasure and the gaze in film. We came to understand women’s films as a niche of films that assumedly appeal to women, while women in film are women who play an active role in the film making process. Our discussions of the films A Girl Walks Home Alone At Night, Stella Dallas, When A Woman Ascends the Stairs, and Dance, Girl, Dance were framed by Linda Williams’, Catherine Russell’s, Laura Mulvey’s and Claire Johnston’s writings. We discussed how a director’s gender, a film’s nation of origin or year of creation, and a film’s creators’ levels of success shape the ways in which a film influences feminist cultural politics and women’s filmic representation.

What does it take to be a successful woman filmmaker? What does it mean to be successful in one film sphere but not the next? Why are some female filmmakers considered anomalies within their gender?

I’m looking forward to further unpacking these questions this week. 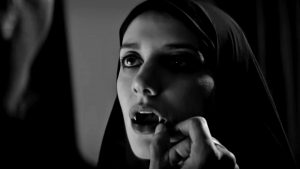