By Dave Reed and Dave Moross 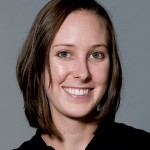 Emily Perkins ’11 and Tom Grossinger ’11 were named recipients of the annual Laura Golden and Van Diest Awards as CC’s top female and male student-athletes among this year’s graduating class.

Perkins, a middle blocker on the volleyball team, is one of only two Tigers to earn first-team All-America accolades more than once, receiving the distinction as a junior and a senior. She is the program’s all-time leader with 1,665 kills and 307 block assists. 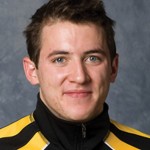 Zach Hoisington ’11 was named SCAC Defensive Player of the Year for the second consecutive season and was one of seven Tigers to earn first-team all-conference honors. 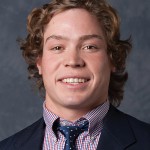 Guy Van Arsdale, who led the Tigers to their second consecutive SCAC title and the program’s first berth in the NCAA Tournament, was named Coach of the Year for the second year in a row.

Colorado College rallied for an 8-6 victory over Birmingham-Southern College to claim the SCAC’s inaugural playoff title and the program’s first-ever appearance in the NCAA Tournament.

Maloney, Fink, and Oates earned all-West Region honors from the Intercollegiate Women’s Lacrosse Coaches Association. Maloney and Fink were first-team selections, while Oates was named to the second team. 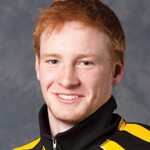 Jordan DeGayner ’12 was named to the 2011 Capital One Academic All-America second team as selected by the College Sports Information Directors of America (CoSIDA). A biochemistry major with a 3.86 GPA, he is the first CC swimmer and 18th student-athlete overall to earn the distinction since the program began in 1952.

At the 2011 NCAA Division III Swimming and Diving Championships, DeGayner earned All-America honors by finishing fourth in the 200 free. His time of 1:38.64 in the prelims set a SCAC open standard and lowered his own school record.

Nate Burt ’12, who played No. 1 singles and doubles, earned honorable mention from the SCAC for his performance during the 2011 season. The Irvine, Calif., native finished third on the squad with a 7-9 individual record and combined with Lionel Zen-Ruffinen ’13 for a team-leading 9-8 doubles mark.

Thirkell, who owns a 3.98 GPA as a romance languages major and is pursuing a double minor in education and anthropology, also was named to the Capital One Academic All-District women’s at-large team.

Andrew Wagner ’11 and Jackson Brainerd ’12 qualified for the 1,500-meters at the NCAA Division III Track and Field Championships at Ohio Wesleyan University in Delaware, Ohio. The two Tigers took eighth and ninth place in their heat race, Wagner posting a time of 3:59.22 and Brainerd battling a virus to clock in at 4:02.54.

Wagner earlier set the school record in the 1,500 meters with a clocking of 3:50.85 at the Occidental College Invitational.

Brainerd and Wagner were among the five Tigers who earned seven all-conference honors at the 2011 SCAC Championships.

Hannah Concannon ’11 captured third place and all-conference honors at the SCAC championships. She also claimed fifth in the long jump.