Crestina Martinez ran for the seat in Colorado State Senate District 35. In a close race, she was defeated by Larry Crowder in the general election on Nov. 6. As a Costilla County Commissioner, she helped found and run CarePoint, which expands access to affordable healthcare for working families in the San Luis Valley. She took on water and irrigation issues on the boards of the Colorado Acequia Association and the Ditch and Reservoir Company Alliance. She raises grass-finished natural cattle and hay at the South Ute Mountain Ranch in San Acacio Viejo with her family. 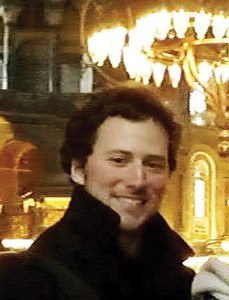 Reed Duecy-Gibbs finished his masters in architecture from the Rhode Island School of Design. He also received a Fulbright grant to study urbanism in Istanbul, Turkey. He’s beginning to develop a new project, a public user-generated web map and forum on urban development (OpenUrban.com)

Nate Crocker is the writer/producer of the film, “The Incident(s) at Paradise Bay.” Nate describes the film as “a fictional interpretation of what happened at a lot of the WWASP reform schools in the 1990s. They were highly controversial private reform schools.” He says his film is a thriller set in that background. A video teaser of the film can be viewed on Nate’s Kickstarter page. Nate has been working in film and television for four years, and attended grad school at the American Film Institute. He has worked for Bill Mayer, “Workaholics,” and the producers of “Requiem for a Dream,” “Hard Candy,” and “Half Nelson.”

Emmanuel Chan was selected to participate in the Coro Fellowship in Public Affairs, an intensive nine-month public affairs program. Emmanuel was one of 16 fellows in St. Louis and 64 chosen nationally for the program. The Coro program offers exposure to the nonprofit, government, business, electoral politics, and organized labor sectors with hands-on training in project management and communication.