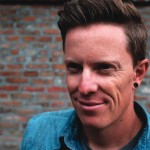 Caleb Spear ’05 is on a mission to help people turn bicycles into opportunities that build pathways out of poverty.

Portal Bikes, a U.S. registered nonprofit based in Kathmandu, Nepal, is his creation. The organization designs and builds bicycles to haul cargo that are used by local Nepali entrepreneurs to increase business capacity. Using a micro-finance system, entrepreneurs receive a bicycle, which they then pay for in manageable weekly installments. Use of the bike saves time and allows the owner to carry large loads, enabling increased income. Once the entrepreneur finishes their scheduled payments, they own the bicycle outright, while Portal gains funds to manufacture another cargo bicycle. And so the wheel turns – simple.

A classic Colorado kid from Pueblo, Spear started mountain biking at the age of 14. More than just an adrenaline junkie, he sees bicycles as tools to improve fitness and provide means of greener transport. It was during extended trips to rural Mexico and Southeast Asia that he was first exposed to the true face of global poverty.

“Seeing and experiencing poverty first-hand had a profound impact on my view of the world. It gripped my soul and I knew that I wanted to spend my life on this problem,” Spear says.

After freshman year at CC, he and two friends embarked on a three-month venture through Nepal, Tibet, and India. Reflecting on the experience, Spear remarks that it “galvanized a deep commitment to work in the region, doing whatever was necessary to make a difference.” On his return to CC he crafted an independently designed major, “The World Views of South-Central Asia with an Emphasis in Development and International Relations,” to best academically prepare him for this goal — a mouthful indeed, but one that has carried Spear to where he is today.

Thinking back to college years, Spear pays deep respect to his academic advisor, Jean Scandlyn. Her work in public health with homeless communities in Denver inspired Spear to strive toward tangible social progress despite mountainous adversity.

“In the face of a huge and incredibly complex problem, she had the courage to take action and work towards a solution,” Spear says. He also attributes a CC economics class in sustainable development as having a profound influence on his life. The class journeyed to Colorado’s San Luis Valley, where he was impressed by the interconnected development dynamics of organizations in the region.

After graduating CC, Spear and his wife Emily spent an initial year in Nepal working, learning, and observing. This year provided the genesis for what has now become Portal Bikes.

Since its founding in October 2013, Portal Bikes has grown to have 25 cargo bikes in the hands of small business entrepreneurs across Kathmandu city. The organization has a new factory under construction with a revamped supply chain, which will allow for a larger volume of assembly. Portal expects to be processing a first batch of 500-800 bikes by mid-2016.

Incredibly, this all comes despite the devastating May 2015 earthquake. The disaster left thousands homeless across Nepal, with monsoon rains fast approaching.  Recognizing Portal’s connections to hardware stores in Kathmandu, and with knowledge of welding and other techniques, Spear conceived

the “Portal Shelters” project. Within days of the earthquake, he and his team were constructing easy assembly shelter kits, which partner organizations such as Oxfam dispersed throughout the region’s worst affected areas. In a few short months, the project provided over 5,000 shelters, housing more than 2,500 individuals. They are currently working on a longer-term housing solution project, to provide families with earthquake-resistant  homes.

Spear’s story is one of tenacity in tackling issues with ingenuity and practicality, the ambition to alleviate poverty as a core driving force. Only in its third year, Portal Bikes will continue to grow. The approach is one of empowerment, rather than simple donation, by equipping individuals with the means to improve their own financial situations. The heroes here are Nepal’s entrepreneurs as much as Spear himself.

When asked how his time at Colorado College contributed to his worldview today, Spear responds, “I learned to see the world through a vast complexity of varied implications and interconnections. This can be paralyzing at moments, but I believe it is a requisite precursor to making a meaningful difference.”

Erica Jamieson ’17 spent last summer as an intern with Portal Bikes in Kathmandu.