In these days of instant messaging, fast food, and warp-speed lives, it’s comforting to know that the world still has the space — and time — for the hands-on personal touch. No doubt, it’s even more comforting to be those people who can craft a sweater, a jar of raw honey, or a cabinet.

Here are the stories of three Colorado College graduates who create in ways our ancestors would have recognized. As you’ll see, their lives have taken different paths from their CC studies, but their education gave them the tools to follow their dreams.

It might seem odd to major in math while also knowing that knitting is what you’re meant to do. But Rosé sees making fabric and giving it life, as she describes her work, as a natural progression of what she studied at CC. 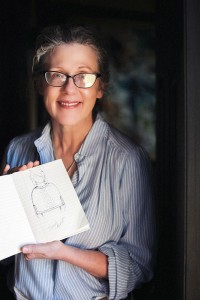 “[Until recently,] I didn’t connect how much my knitting hobbym is really a natural extension of my brain and my aptitudes in music, language, design, pattern recognition, and math,” she says by email from her home in Edmond, Oklahoma.

“Knitting is art and its own language. It involves patterns and rhythms and the use of the hands. Poignantly, it physically manifests the beauty of so many mathematical ideas.”

The Colorado native, who applied only to CC, credits math professors John Watkins, Steven Janke, and Fred Tinsley for their wisdom and support while she was struggling to find her way. Tinsley, especially, took her under his wing and made her feel a part of the Math Department “tribe.”

“Without a doubt, the most valuable thing CC gave me is a liberal-arts attitude for life — something that is lacking in society today, where there seems to be so much self-righteous posturing about everything.

“The world could use a good liberal-arts education. There is no substitute for the value of a mindset that takes focused time to look and listen deeply, and is not afraid to explore and question broadly and critically.” 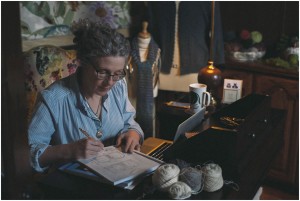 After working as a software engineer and for an insurance company, earning an M.B.A., and raising two children with her husband, Charles, Rosé founded In-Knit.

She admits to feeling overwhelmed at times while being a one-woman show, generating ideas (often from dreams), illustrating, designing, knitting, creating patterns, teaching, and marketing.

But she’s never been happier.

“Apart from family and playing my piano, the thing that lights me up like no other is designing and creating beautiful knitwear. The ability to generate ideas, make connections, and create beautiful things is essential to my happiness.”

Hansen studied geology at CC before earning a master’s in journalism. After working as a writer and editor, he returned to his family’s beekeeping farm in Colton, Oregon, but keeps his hand in the writing business as a freelancer and blogger. 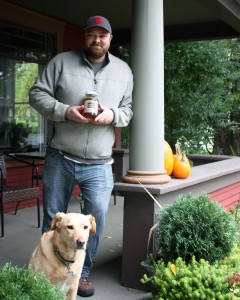 Joe Hansen ’01 is proud of what he and his family do on their beekeeping farm in Oregon.

“At any given time, I might be delivering beehives to a farm for pollination, fixing a tractor, harvesting honey, catching swarms, planting honeybee forage crops or, sadly, in the office catching up on paperwork or running payroll,” he writes by email.

He and his brother, Matt, are transitioning into full-time operation as their parents prepare to retire. It can be challenging at times working with family, but they’re always united when facing the problems that come with beekeeping.

Those include dealing with parasites, pesticides, diseases, and habitat loss. The family also has to combat the abundance of cheap, overprocessed honey imported from foreign countries.

“What I harvest and sell is ‘raw’ honey, which is never heated above temperatures found naturally in the hive and is never super-filtered so it keeps the enzymes and bits of pollen that make honey unique. Sometimes it’s tough to get consumers to understand there is a real difference between what beekeepers like me sell and the stuff on the shelves at box stores.”

From March to September, Hansen usually works 60 to 80 hours per week, but in the fall and winter he cuts back to 40 hours or less. It’s all worth it, though.

“As honeybees forage pollen and nectar for food they pollinate flowering plants, making them vital for agricultural crops and wild ecosystems. As beekeepers we love honey, but the byproduct of all that bee foraging — pollination — is probably the most important thing we do.”

He says the Block Plan prepared him for post-college life, mostly because it taught him to really focus on something until it’s done.

“I do think CC made me the person I am today in a bunch of ways that can’t be quantified.”

Waldeck was an environmental science major at CC and now divides his time in Ashe County, North Carolina, between woodworking, leatherworking as co-owner of Wheeler Munroe Leather Co., and making maple syrup at his fiancee’s family farm, Waterfall Farm. 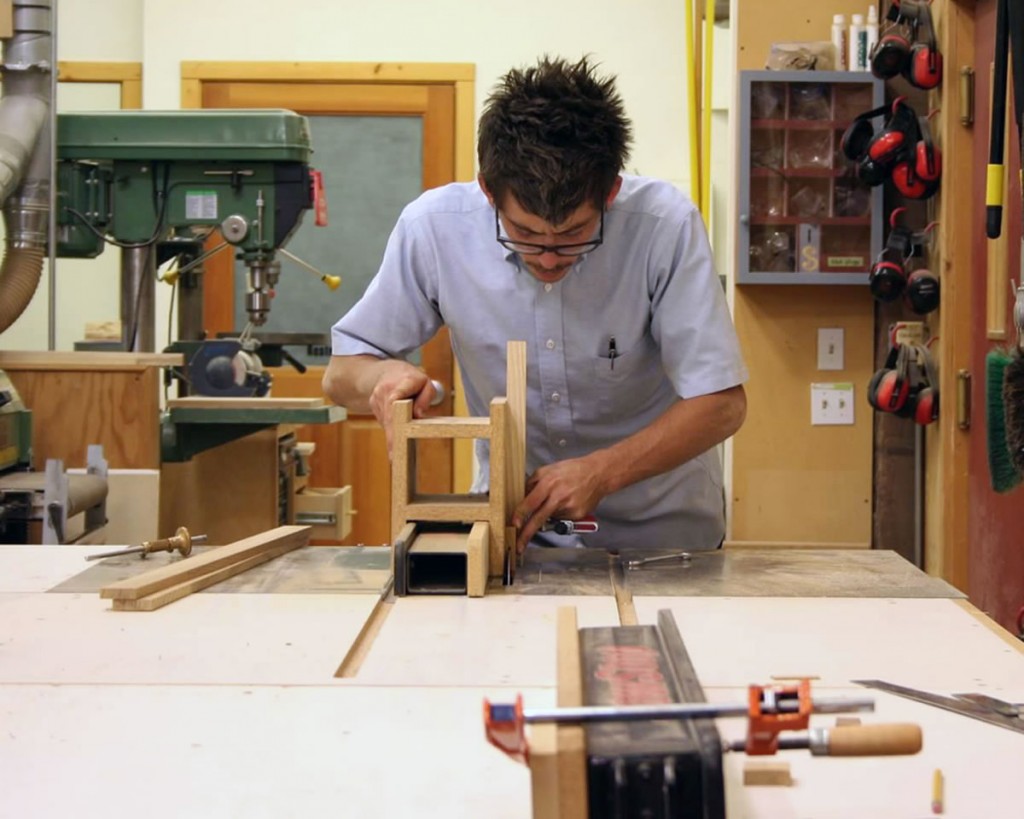 Michael Waldeck ’09 says that he endeavors to understand and create what is simple, beautiful, and true.

“I love that I get to work with my hands, I love the materials that I work with, and I am so grateful to be able to change my routine according to the different seasons of the year,” he says by email.

Waldeck works long hours with his various jobs, but tries to squeeze in time off — a routine that can sometimes make him feel he’s still on the Block Plan.

The Tulsa, Oklahoma, native heard about CC from his brother, Robby Waldeck ’08.

The most inspiring professor he had at CC was Howard Drossman, whose classes he found challenging and thought-provoking.

“I rarely meet someone who is that pumped to get up every morning and continue doing what it is they do, especially when they can expect a certain amount of opposition from their students,” he says.

Waldeck himself is still pretty pumped up about what he does.

He began making furniture while still at CC and now uses traditional joinery techniques and solid wood to make functional objects and furniture that will stand up over time and through changing trends.

“I started doing this work because I wanted to see more well-made goods in the world. I strive to make heirloom-quality items that are both beautiful and useful, with the hope that they can enhance the daily lives of those who use them.”

Waldeck’s furniture includes bookshelves, stools, cabinets, and coffee tables meticulously detailed from a variety of woods including ash, hickory, redwood, birch, and walnut. His smaller objects include a wedding album box made of walnut, mahogany, and suede.

Looking ahead 10 years, Waldeck and his fiancee hope to present classes, along with a residency program at the farm, so other artists and craftspeople can explore their own talents and passions.