“In Praise of Contempt” 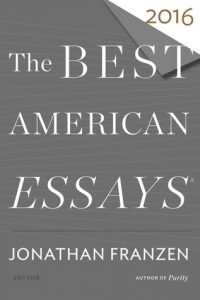 Essay by Katherine Standefer ’07
Standefer’s essay is featured in “The Best American Essays 2016,” edited by Jonathan Franzen
and Robert Atwan. The essay originally appeared in The Iowa Review as the winner of the 2015 Iowa Review Award for Nonfiction, with a judge in that contest noting the essay takes a “no-nonsense approach to sexual morality.” In the anthology’s introduction, guest editor Franzen writes that an essay is “something hazarded, not definitive, not authoritative; something ventured on the basis of the author’s personal experience and subjectivity.” However, his main criterion for selecting “The Best American Essays 2016” was, in a word, risk. Published by Mariner Books, 2016. 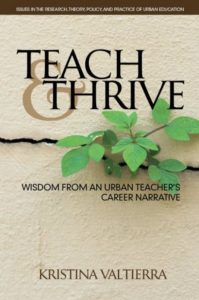 By Kristina Valtierra, assistant  professor of education
Teacher burnout contributes to the epidemic of early career exit. At least half of all new K-12 teachers leave the profession by the time they reach their fifth year of teaching. Conversely, there are urban teachers who survive burnout and thrive as career-long educators. This book results from an in-depth qualitative study that explores one 40-year veteran teacher’s career narrative, analyzing how she not only survived the burnout epidemic, but also thrived as a highly effective, career-long, urban teacher. The book concludes with recommendations for teachers, educational leaders, and teacher educators to develop and maintain thriving teachers. Published by Information Age Publishing, 2016.

Looking For Betty MacDonald: The Egg, the Plague, Mrs. Piggle-Wiggle, and I 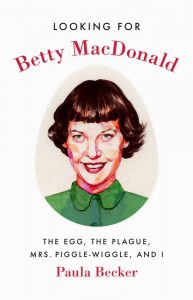 By Paula Becker ’85
Betty MacDonald burst onto the American literary scene in 1945 with her memoir, “The Egg and I,” about operating a chicken ranch on Washington’s Olympic Peninsula. Her humor and irreverent take on life captured a public ready to laugh after the years of World War II. During its first year, the book sold one copy every 22 seconds. The book was published in many languages and never went out of print. MacDonald followed with three additional memoirs and the iconic Mrs. Piggle-Wiggle series for children. Becker’s book is the first biography of this globally famous American storyteller. Becker was granted access to the complete archive of MacDonald’s correspondence, documents, and artifacts, utilizing materials never before seen by any researcher. Published by University of Washington Press, 2016, voiced by Becker in audiobook by Post-Hypnotic Press, 2016.

Creating a Cash Cow in Kenya 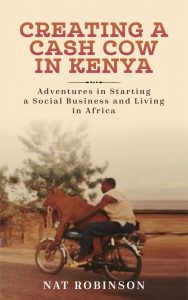 By Nat Robinson ’03
Robinson writes of what it means to start a social business (one created and designed to solve a social problem) in Kenya, including the success, impact, greed, corruption, and frustration. What started as an eight-month assignment turned into a six-year adventure and the creation of a social business to help Kenya’s farmers lift themselves out of poverty. The social business, Juhudi Kilimo, provides microloans to enable smallholder farmers to buy productive assets, such as cows and tools. Since its founding in 2009, Juhudi Kilimo has provided more than 80,000 loans worth $50 million and financed the purchase of more than 32,000 cows by some of Kenya’s poorest farmers. Juhudi Kilimo was recognized in 2011 at the World Economic Forum with the Social Entrepreneur of the Year Award and then in 2013 by CIO magazine’s CIO 100 list of companies using innovative technology to deliver business value. Published by Nat Robinson, 2016. 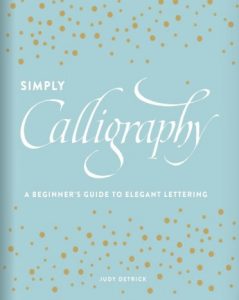 By Judith Dykes Detrick ’64
This manual introduces basic capital and small letters and numbers of the italic alphabet, plus the creative flourishes one needs in a script for every project. Detrick, a calligrapher and designer living in Northern California, developed the graphic arts certificate program at College of the Redwoods and has taught calligraphy and graphic design there for more than 25 years. Her work is included in several anthologies of calligraphy and graphic design and she is represented in the Richard Harrison Collection of Calligraphy and Lettering at the San Francisco Public Library. She teaches at the San Francisco Center for the Book, for the Friends of Calligraphy, and other venues throughout California. Published by Watson-Guptill, 2016. 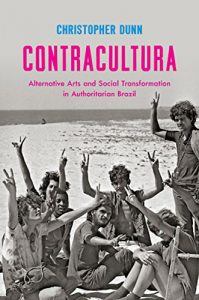 By Christopher Dunn ’87
Subtitled “Alternative Arts and Social Transformation in Authoritarian Brazil,” this history of authoritarian Brazil exposes the inventive cultural production and intense social transformations that emerged during the rule of an iron-fisted military regime during the 1960s and ’70s. Dunn, associate professor of Brazilian literary and cultural studies at Tulane University, reveals previously ignored connections between the counterculture and Brazilian music, literature, film, visual arts, and alternative journalism. In chronicling desbunde, the Brazilian hippie movement, he shows how the state of Bahia, renowned for its Afro-Brazilian culture, emerged as a countercultural mecca for youth in search of spiritual alternatives. Says Dunn, “This book would never have been imagined had it not been for [CC Professor] Peter Blasenheim, who inspired me more than 30 years ago.” Published by the University of North Carolina Press, 2016.

From Chicago to Vietnam: A Memoir of War 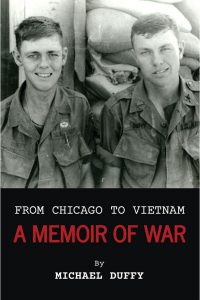 By Michael Duffy ’72
In the early hours of Jan. 31, 1968, 80,000 North Vietnamese and Vietcong troops attacked every major city and military base in South Vietnam. The perimeter of the massive Saigon Airbase, Tan Son Nhut, was breached, and fighting raged all morning. Duffy writes of the ensuing epic battle, the Tet Offensive, as his war experience begins when he exits a C-130 cargo plane onto the Tan Son Nhut tarmac — a chaotic scene of blasts, explosions, and small arms fire. After his brutal one-year tour in Vietnam, Duffy returned to Chicago, where he spent Christmas with his family before enrolling as a first-year student at CC. The book was reviewed by the Manhattan Book Review and Portland (Oregon) Book Review, receiving five stars from each. Published by Inkwater Press, 2016. 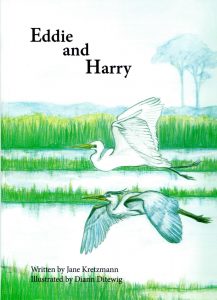 By Jane Lentz Kretzmann ’66
This is a story of an unlikely friendship between two large water birds — Eddie, a great egret, and Harry, a great blue heron. Written for children from third to sixth grade, the book addresses self-worth, physical disability, sibling rivalry, diversity, and bullying. In an atmosphere of trust that develops between them, both birds wrestle with their insecurities and come to understand themselves better. Although the tale is fanciful, it is founded in reality and carefully researched. Located in the nationally recognized Elkhorn Slough State Marine Reserve in Northern California, the two birds are hatched in the same rookery. The book has been used as a resource for riparian units in California schools. Published by Cornerstone Press at UWSP, 2014.

I Am Because We Are: Readings
in Africana Philosophy 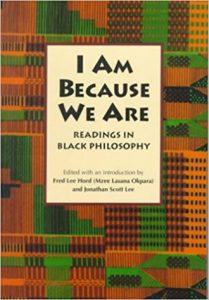 Co-edited by Jonathan Scott Lee, professor of philosophy
Lee’s book is a revised and expanded edition of the earlier landmark anthology of Africana thought, first published in 1995. The book has been recognized as a major, canon-defining anthology and adopted as a text in a wide variety of college and university courses. This edition builds on the strengths of the earlier anthology while enriching the selection of readings to bring the text into the 21st century. In a new introduction, Lee and co-editor Fred Lee Hord of Knox College reflect on the key arguments of the book’s central thesis, refining them in light of more recent philosophical discourse. Published by the University of Massachusetts Press, 2016.

Feminist Perspectives on Building a Better Psychological Science of Gender 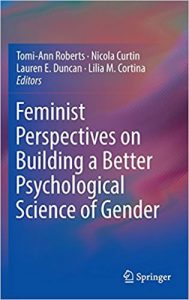 Co-edited by Tomi-Ann Roberts, professor of psychology
The book explores the ways in which psychological science interacts with and addresses gender across varied sub-disciplines in the field, from a feminist viewpoint. One of the aims of the collection is to move the conversation of gender in psychology beyond a difference-only paradigm. Veteran and emerging feminist scholars survey the handling of sex and gender issues across psychology, and describe how feminist perspectives and methodologies can and should be applied to enhance not only the field itself, but also used in the service of social justice in the various cultures of corporations, academia, and the global stage. Published by Springer, 2016.