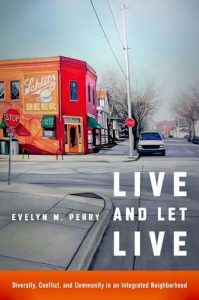 Subtitled “Diversity, Conflict, and Community in an Integrated Neighborhood,” this book by Perry, an associate professor of sociology at Rhodes College, shifts the conventional scholarly focus from “What can integration do?” to “How is integration done?” Through examination of life “on the block” in a multiethnic, mixed-income Milwaukee neighborhood, Perry shows how residents negotiate difference — maintaining relative stability in the community without insisting on total conformity. “Live and Let Live” advances understanding of how and why neighborhoods matter and challenges readers to reflect on their notions of the good community. Published by the University of North Carolina Press, 2016. 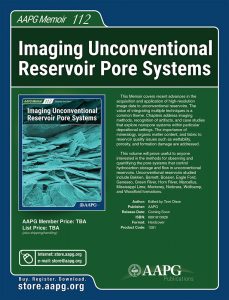 This covers recent advances in the acquisition and application of high-resolution image data to unconventional petroleum reservoirs. The value of integrating multiple techniques is a common theme. Chapters address imaging methods, recognition of artifacts, and case studies that explore the network of tiny holes that host oil, gas, and water in shales and other rocks that are challenging to produce. The importance of mineralogy, organic matter content, and the arrangement of these components to reservoir quality issues such as porosity, wettability, and formation damage are addressed. This volume will prove useful to anyone interested in the methods for observing and quantifying the pore systems (spaces between minerals) that control oil and gas storage and flow in unconventional reservoirs. Published by the American Association of Petroleum Geologists, 2016. 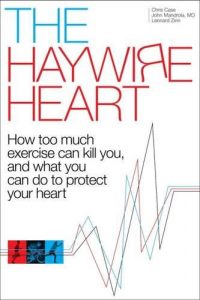 Intended for anyone who competes in endurance sports such as cycling, triathlon, running races of all distances, and cross-country skiing, Zinn’s new book — and his first not about bicycles — presents evidence that going too hard or too long can damage one’s heart. He shares developing research into a group of conditions known as “athlete’s heart,” starting with a wide-ranging look at the warning signs, symptoms, and how to recognize potential risk. Leading cardiac electrophysiologist and athlete John Mandrola, who co-authors the book along with Zinn and Chris Case, explores the prevention and treatment of heart conditions in athletes and reviews new research about exercise intensity and duration, recovery, inflammation and calcification, and the ways athletes inflict lasting harm.
Published by Velo Press, 2017. 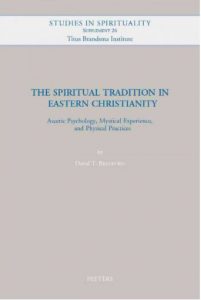 The book is a comprehensive survey of the means, goals, and motivations of the ascetic life as represented in texts spanning the 4th through 19th century. Contemporary examples are also included. The main themes are the dynamics of the soul, the disabling effects of the passions, mental and physical asceticism, the desirable condition of dispassion, and the experience of deification. A variety of topics are addressed, including a mystical tradition of prayer, religious weeping, the spiritual senses, dream interpretation, luminous visions, ascetic demonology, and pain in ascetic practice. Typical ascetic and mystical experiences are interpreted from the psychological and the neuroscientific perspective. Comparative analyses, including early Buddhist psychology, highlight distinctive features of the Christian ascetic life. Published by Peeters, 2016.

The Ethics of Armed Humanitarian Intervention 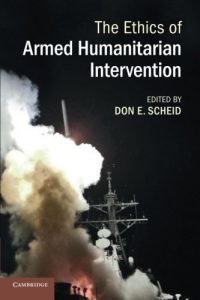 Scheid wrote the introduction and edited this volume, an anthology of original articles by internationally prominent philosophical and political thinkers on the moral and legal issues concerning military interventions for humanitarian purposes. Scheid’s introduction lays out the main moral principles, the recent development of the concept of such interventions, and an account of the NATO intervention in Libya in 2011. Scheid, a professor of philosophy at Winona State University in Minnesota, says his first CC philosophy course was with Glenn Gray, who taught philosophy at Colorado College from 1948 to 1977 and wrote a book of philosophical reflections on his Second World War experiences, titled “The Warriors: Reflections on Men in Battle.” Published by Cambridge University Press, 2014.

By George Butte, professor of English 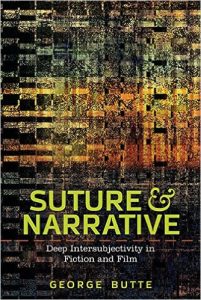 The culmination of more than a decade’s worth of research, Butte’s book offers a new understanding of how fiction and film narratives use particular techniques to create, represent, and bring about the experience of community. Studying texts and titles ranging from Henry James, to J.M. Barrie’s Peter Pan tales, to the Coen brothers’ classic “Raising Arizona,” to “(500) Days of Summer” (by CC English major Marc Webb ’96), Butte examines narratives that represent insight and blindness, love and loss, highlighting each connection and disconnection in a discussion of technique. Butte’s new work represents the published extension of much of his classroom teaching and reflects his expertise in narrative theory across multiple genres of literature and film. Published by Ohio State University Press, 2017. 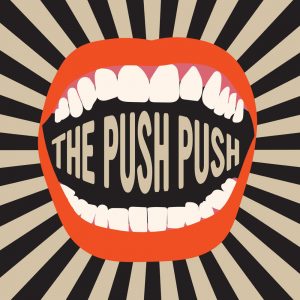 Brazeal and his Chicago-based rock group, The Push Push, released their 13-song, debut album “Teeth” earlier this year, with Brazeal on the vocals. The soulful rock band can best be described as Otis Redding meeting the White Stripes. They’re a four-piece rock-and-soul band and the songs are… originals. The live show is just that — a show, not a quiet concert for contemplation, but a full force expressive performance. Available on iTunes, Bandcamp, Amazon, and Spotify. 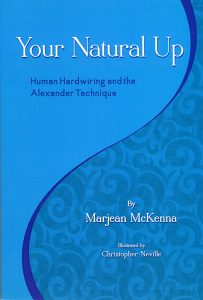 McKenna’s book demystifies the Alexander Technique, which addresses the integrity of the back, around which the human body is organized, and our evolution as vertebrate animals. The AT promotes well-being by teaching people to recognize how they misuse themselves. By acknowledging our four-legged origins and cultivating the skills of an infant, humans can have strong, pain-free backs even in verticality. McKenna’s book, written for “all head-bearing upright humans who might want to use themselves better,” includes numerous photographs and illustrations as well as quotes from more than 40 respected Alexander teachers. Published by Marjean McKenna, 2017. 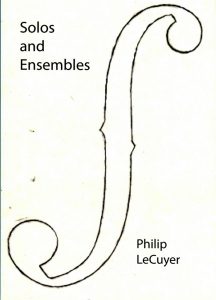 LeCuyer, who graduated summa cum laude with a degree in English, pioneers a new genre of dramatic poetry in the form of performance pieces. His book features the poetic content of five pieces, each a dramatic juxtaposition of two contrasting protagonists: Truman, who made the decision to drop the first atomic bomb, and Ogura, who wrote the first survivor’s account of Hiroshima; Malcolm X, advocate of separating the races, and Martin Luther King, advocate of their reconciliation; Bill Gates, child of wealth and power, and Cesar Chavez, child of poverty and powerless; Sandra Day O’Connor, Supreme Court judge, and Timothy McVeigh, criminal; and Richard Feynman, scientist, and Nahum Friedman, man of faith. Each piece contains 10 solos, sometimes reflective, sometimes defiant expressions of characters, each of whom speaks a sonnet. Published by CreateSpace Independent Publishing Platform, 2016.

You Are a Badass at Making Money 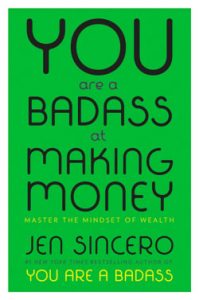 Subtitled “Master the Mindset of Wealth,” the book aims to launch readers past the fears and stumbling blocks that keep financial success beyond their reach. Drawing on her own transformation — over just a few years — from a woman living in a converted garage with tumbleweeds blowing through her bank account to a woman who travels the world in style, Sincero channels the inimitable sass and practicality that made her first book, “You Are a Badass: How to Stop Doubting Your Greatness and Start Living an Awesome Life,” a New York Times No. 1 bestseller. She combines personal essays with bite-size, “aha” concepts that unlock earning potential and get results. Published by Viking, 2017.