Olympic Dreams : Past, Present, and Future

Located just a mile from the U.S. Olympic Committee headquarters, Colorado College has numerous connections to the USOC and Olympic Games. CC alumni have represented our country in competitions, worked for the USOC as employees or interns, and cheered athletes on at events throughout the world.

Standing out in South Korea

More than a dozen alumni and students were actively involved in this year’s Winter Games at PyeongChang. We spoke with two alumni before they headed over. 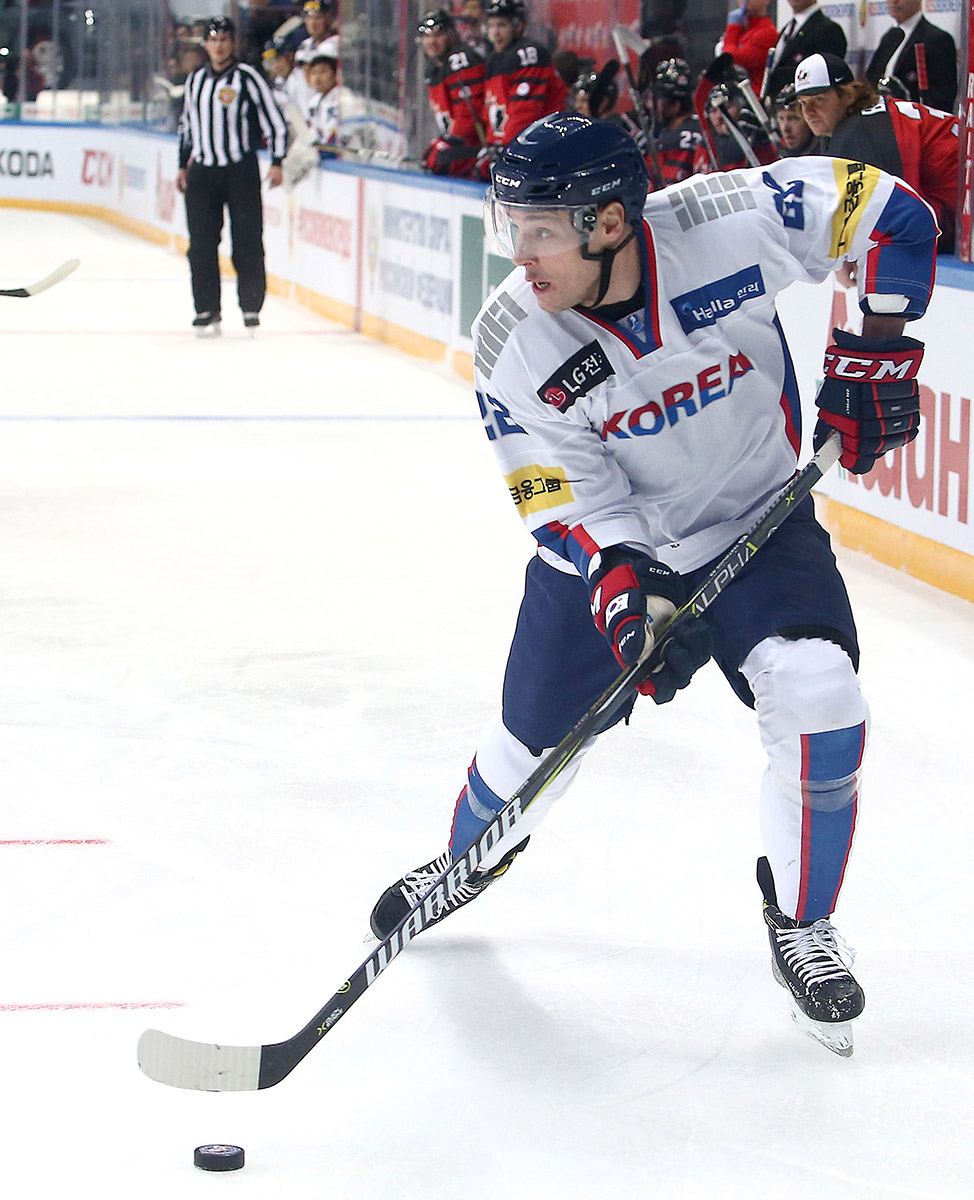 Being the first former Colorado College ice hockey player in 23 years to participate in the Winter Olympics is something Mike Testwuide ’10 will always cherish.

Competing on one of his sport’s biggest stages fulfilled what was once a childhood fantasy for the Colorado native, even if it is not for the U.S. as once dreamed. It was a chance he could not pass up.

“I think any athlete growing up who watches the Olympics imagines themselves on that stage,” he says before competing for host South Korea at the Pyeongchang Games in February. “To most people around the world it is the pinnacle of sports. So for me, this is the culmination of so much hard work and dedication to this game.”

Testwuide has excelled professionally in Seoul for the past 4 1/2 seasons following three in North America. It was the 6-foot-2 forward’s success in the Asia League that garnered notice from the Korean coaches.

The forward became a naturalized citizen after the Korean federation realized it needed to import more size and skill to be competitive. Testwuide credits his Block Plan experience with preparing him for a hectic March 2015 when he learned enough Korean to pass a citizenship test. He also credits CC in a broader way.

“To me, it is a school that is focused on teaching life experience and helping people find out who they are,” he says. “CC is also a school with a very diverse student body with a lot of people who have differing views on life. I’m never quick to judge and always have an open mind, even when live octopus and eels are on my dinner plate!” — Joe Paisley 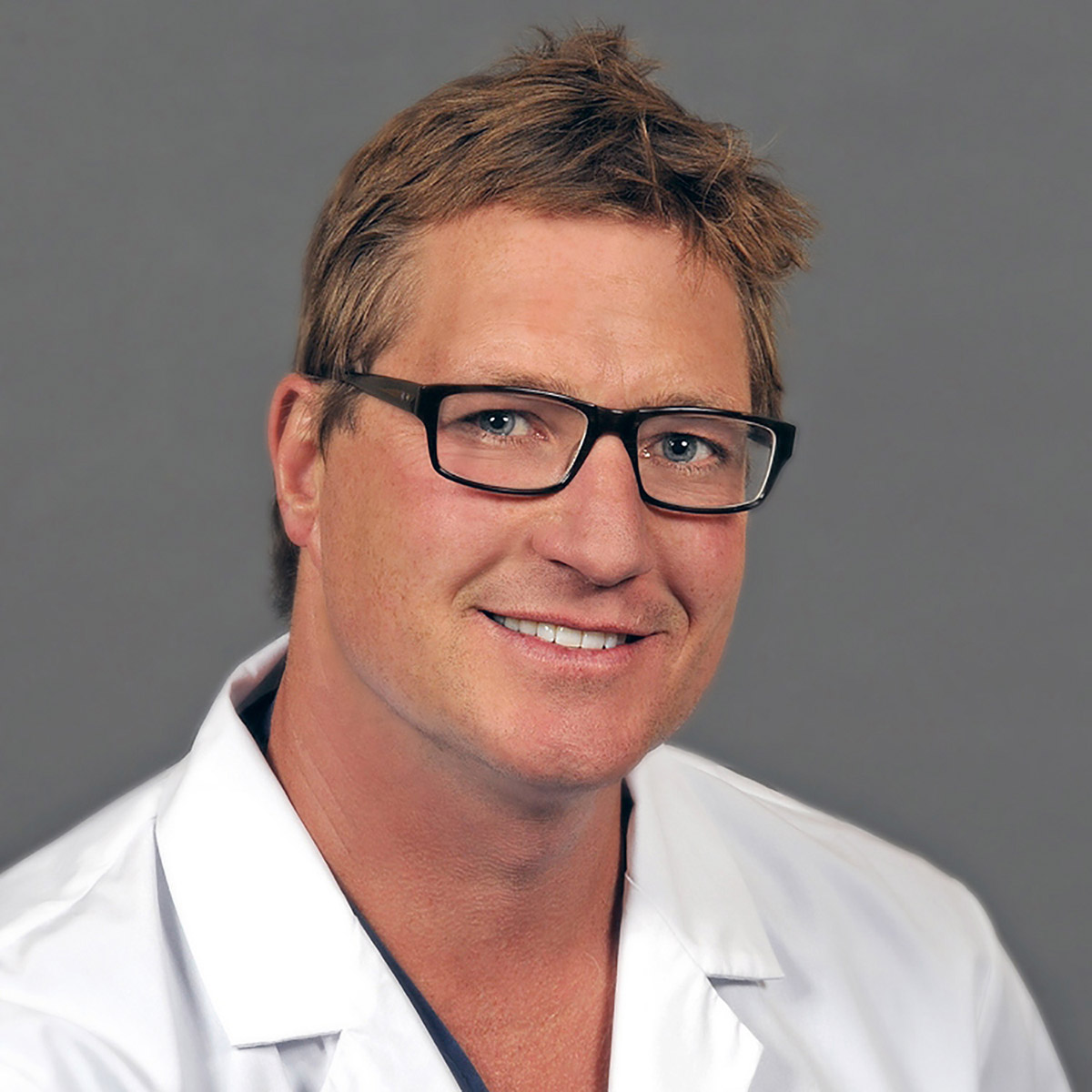 In December, Dr. Thomas Hackett ’89 was prepping to serve as team doctor for the U.S. ski and snowboard teams in PyeongChang 2018. An orthopedic surgeon at the Steadman Clinic in Vail, he specializes in sports medicine for professional athletes. He’s been an Olympic physician for 15 years, and this is his third Winter Olympics. He knows what’s at stake for injured athletes who are competing on the world stage after preparing, often for years, to get there.

“The short-term view is how to get somebody back on the playing field as quickly as we can. The athletes have a finite period of being able to compete at their sport. They usually have a lot of years left after that, so we have to balance their long-term and short-term goals. We’ll take some chances from a medical standpoint to get people back to the competition as long as we can do it safely,” Hackett says.

Hackett spends nearly a month each year preparing for his volunteer service at the Olympics. By December 2017, he’d already been to South Korea three times to get ready for PyeongChang.

“I look at my service to our American Olympic athletes as a service to my country. Regardless of what’s happening politically back at home, at the Olympic Games a lot of that is left behind and people rally around their country. So, for me it’s a tremendous honor to be a part of that,” he says.
— Brenda Gillen

When it comes to dreams of Olympic gold, Colorado College has had more than its fair share of contenders. CC Olympic athletes share their thoughts on the experience and its life-long impact. 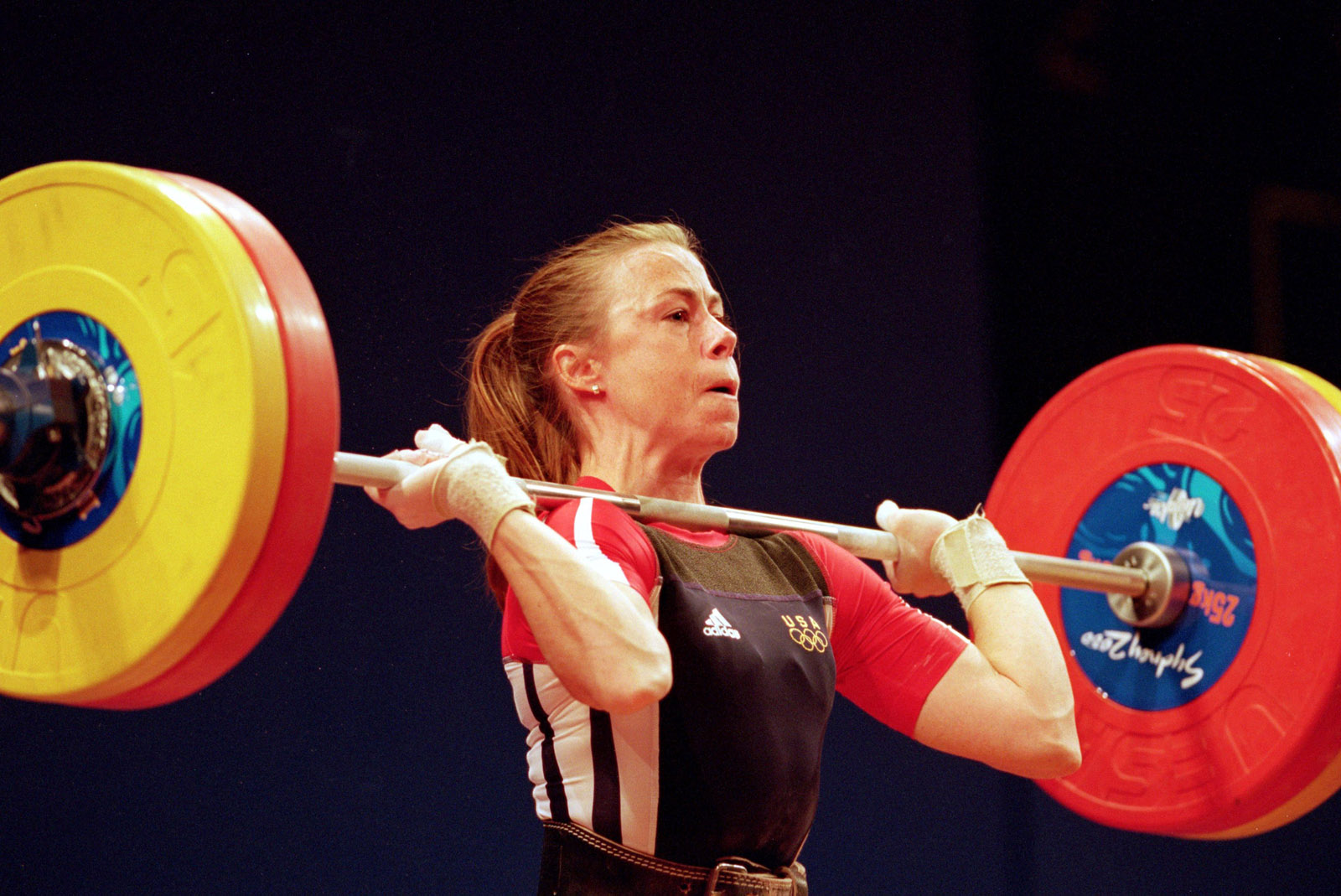 Tara Nott Cunningham ’94 saw her dream come true when she won the gold medal in weightlifting at the 2000 Sydney Olympics. She lifted 225.77 pounds in the clean and jerk and 181.5 pounds in the snatch. She competed in the lightest weight class at 105 pounds. At the time, she was the first U.S. competitor to win gold in weightlifting in 40 years and became the first female from any country to win gold at the Olympics, since women’s weightlifting made its debut in 2000.

She credits CC’s Block Plan for helping her develop discipline, focus, and organization — qualities useful during her Olympic training and for her role today as mother of five.

While she’s proud of her accomplishments, she doesn’t dwell on them.

“I feel very fortunate to have had the opportunity to compete at the Olympics, but I don’t want to make the medal an idol in my life or my definition of success, so instead of hanging it on the wall in a nice case, I choose to keep it in a drawer,” she says.

Cunningham, who also competed in the 2004 Athens Games, is the only athlete to have trained in three different sports at the U.S. Olympic Training Center during her athletic career — gymnastics, soccer, and weightlifting.
— Brenda Gillen 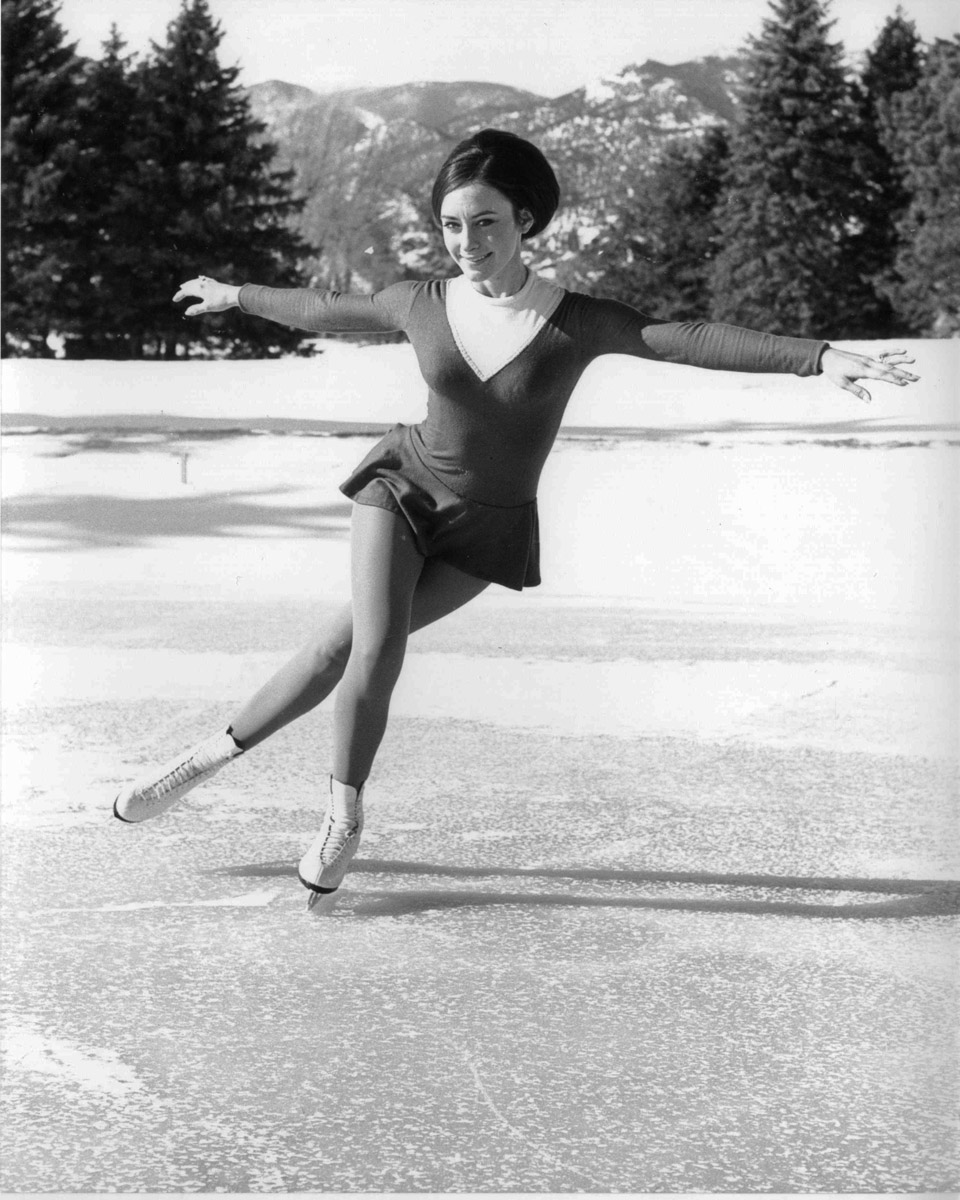 This year marks the 50th anniversary of the 1968 Olympics in Grenoble, France, where Peggy Fleming Jenkins ’70 won the gold medal in figure skating. Her medal in Grenoble was particularly important, as it was the only gold medal that the U.S. Olympic team won in the games. Peggy Jenkins was honored in January when The Broadmoor held a Legacy of Ice gala. In an interview with Team USA last December, she notes, “Greg (Jenkins ’67) went to Colorado College, that’s where we met and fell in love. Life-changing things happened here.” 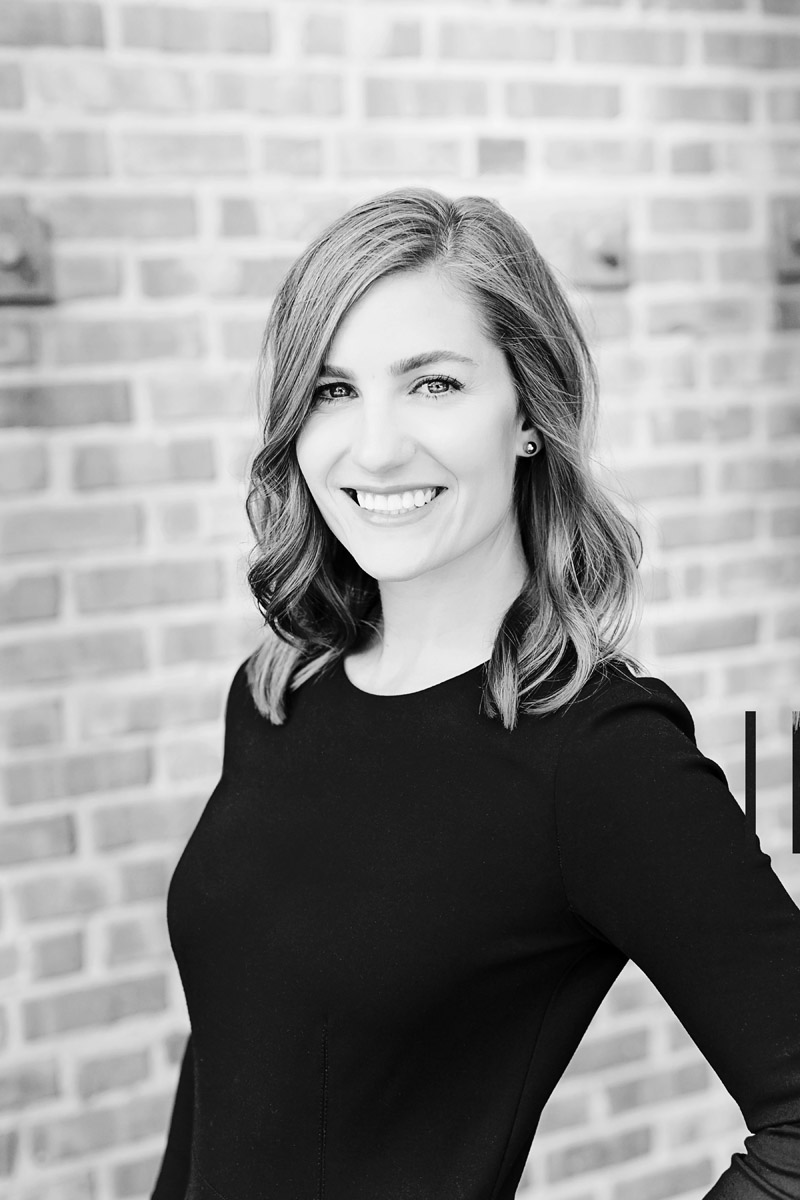 For Kate Barker ’10, connecting with the international athletic community was the most valuable part of her Olympic pursuits. She competed in the modern pentathlon, which is five sports combined into four events — three independent (fencing, equestrian show jumping, and swimming) and one combined (running and pistol shooting) — executed consecutively in one day. She competed primarily on the U.S. West Coast and in Alberta, Canada.

Barker says equestrian show jumping was her favorite, swimming was most physically challenging, and fencing was most mentally frustrating.

“Being part of the tight-knit community of athletes, their families, and coaches was undeniably the best part of my time as a pentathlete,” she says. A key highlight from training was the distinct pleasure of working with world-renowned swimming researcher Genadijus Sokolovas, who has worked with Michael Phelps and Dara Torres. “I was never a natural in the pool and had to put in countless extra hours to compete in the 200m freestyle swim. Through grueling physiological testing and exercises, he helped me find confidence and faster times in the pool.”

As a full-time CC student, she supported her training and travel expenses by working odd jobs and forming partnerships with sponsors. She mucked barn stalls before class in the early morning hours, worked hospitality jobs at The Broadmoor on weekends, and trained horses on a mountain ranch in summers. Barker says she is “forever grateful for the supportive network of family, friends, and corporate sponsors that helped me optimize my Pentathlon training.”

Barker was forced to retire before the 2012 London Olympic trials after a horse accident that resulted in a broken neck and severe concussion. She made a full recovery, and today she works in strategy consulting and oversees the growth of the fifth-generation farm where she was raised. She is passionate about equine assisted therapy and currently raises two young donkeys to be therapy animals. Dressage, her new favorite equestrian activity, may even give her another run at her Olympic dreams.
— Brenda Gillen 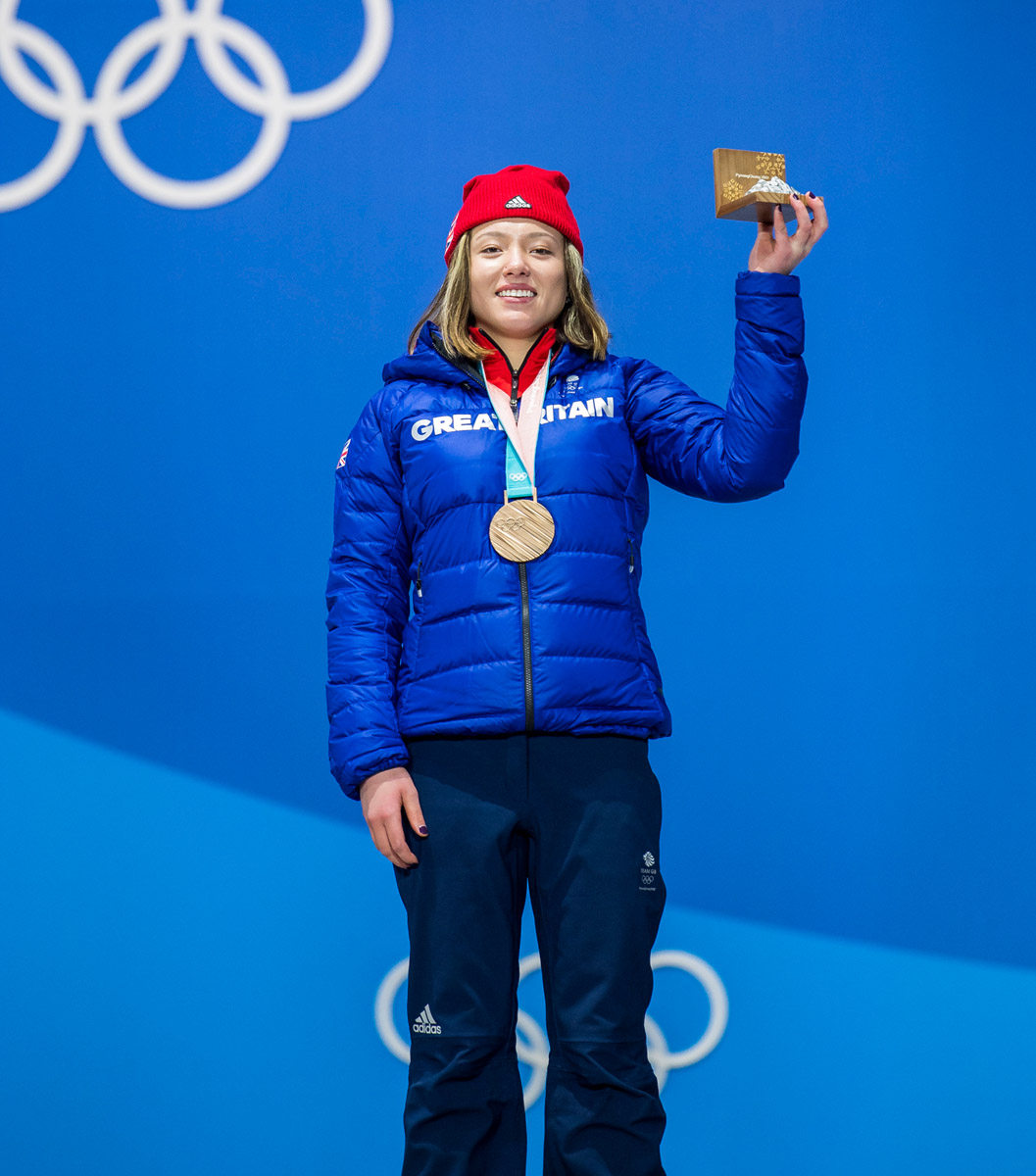 “With my schedule, the Block Plan has been really helpful in taking time off in a way that a semester program just wouldn’t allow. Everyone’s been really helpful, from administrative staff to my professors, as they know I’m pursuing this at a high level,” she says. Atkin, a first-year student who is considering majoring in either math or physics, took Blocks 3 through 6 off for Olympic training and qualification.

She started competing on the World Cup and U.S. Grand Prix circuit at the age of 15, during the 2013-14 season. In 24 slopestyle competitions during the last four years, Atkin has placed among the top 10 in all but one of the events. Over the last three years she has won a silver medal in slopestyle at the X Games in Aspen, Colorado, as well as taking first place at the Slopestyle World Cup in Silvaplana, Switzerland, when she became the first-ever British woman to win a ski slopestyle World Cup competition. At the 2017 World Championships in Sierra Nevada, Spain, Atkin took home the bronze medal in slopestyle.

“I used to watch the summer and winter games every two years. Becoming an Olympian is a dream come true,” says Atkin.

“Being in Korea was amazing, the Olympics was so different from any other event I had been to, and it was incredible to be able to represent Great Britain and all my teammates. I’m really glad CC and the Block Plan have been so supportive of my athletic goals.”