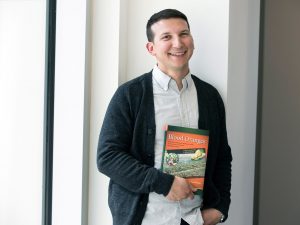 I am currently reading “Blood Oranges,” in which Timothy Bowman presents a history of agricultural development in South Texas. Bowman offers a compelling argument for how commercial agriculture shaped South Texas after its incorporation into the United States, in particular how it structured relationships across race and class. He argues that the Mexican descendant communities of the South Texas border suffered discrimination, exploitation, and violence through this system of domination based on U.S. agricultural expansion into the Southwest. Bowman’s work offers the reader insight into the important role of Mexican labor in shaping and developing the U.S. Southwest. Moreover, it forces the reader to reckon with the history of the treatment and marginalization of ethnic Mexicans in American society, as well as the efforts by ethnic Mexicans to fight against these structures of domination through mobilization efforts like the 1966 Texas Farmworkers Strike. June 1, 2016, marked the 50-year anniversary of the Starr County Strike and subsequently the founding of the Texas Farmworkers Union. Several of my family members were among the union leaders and farmworkers who participated in the strike.