Nicki Steel had her photo essay, “The Life of Loons on Lake Raponda,” published in the September/October 2018 issue of Vermont Magazine. When not shooting photographs, Nicki is serving as chair of Wilmington, Vermont’s Old Home Week for 2020, a once-every-10-year celebration dating back to 1890. 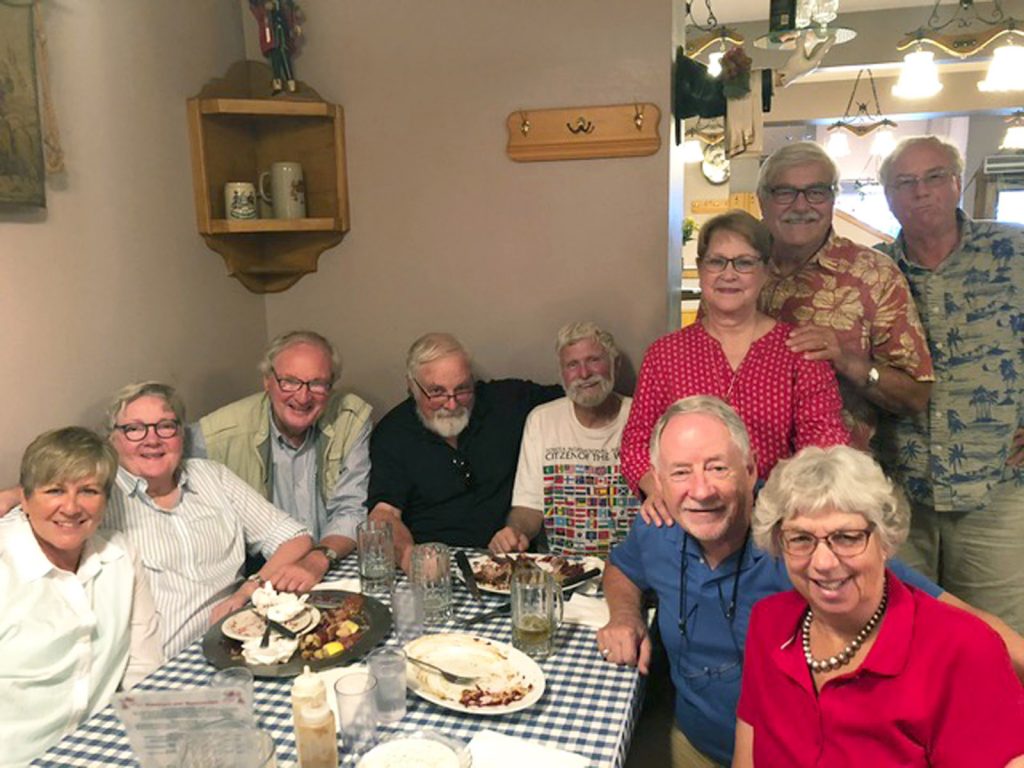 Nancy Guild, a longtime professor in the Department of Molecular, Cellular, and Developmental Biology at the University of Colorado Boulder, recently had a $10,000 biology undergraduate annual scholarship endowment set up in her honor by former student Alex Meininger. 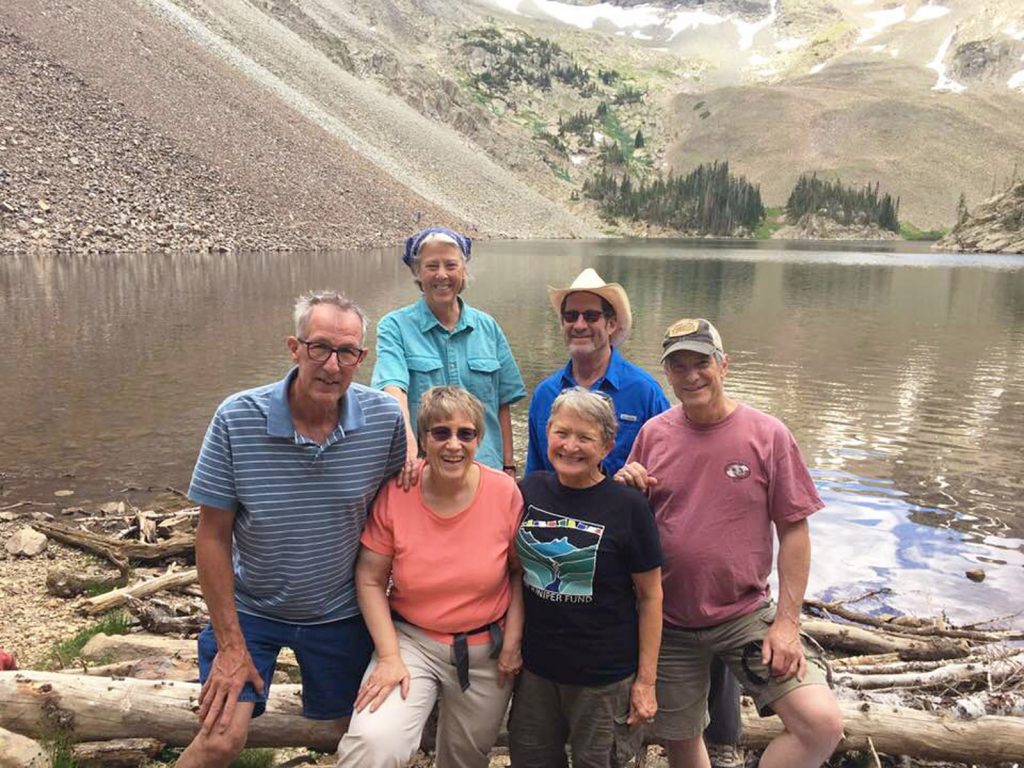 At the family homestead of Debby Abbott ’71 in the Poudre Canyon near Rustic, Colorado, a group of alumni 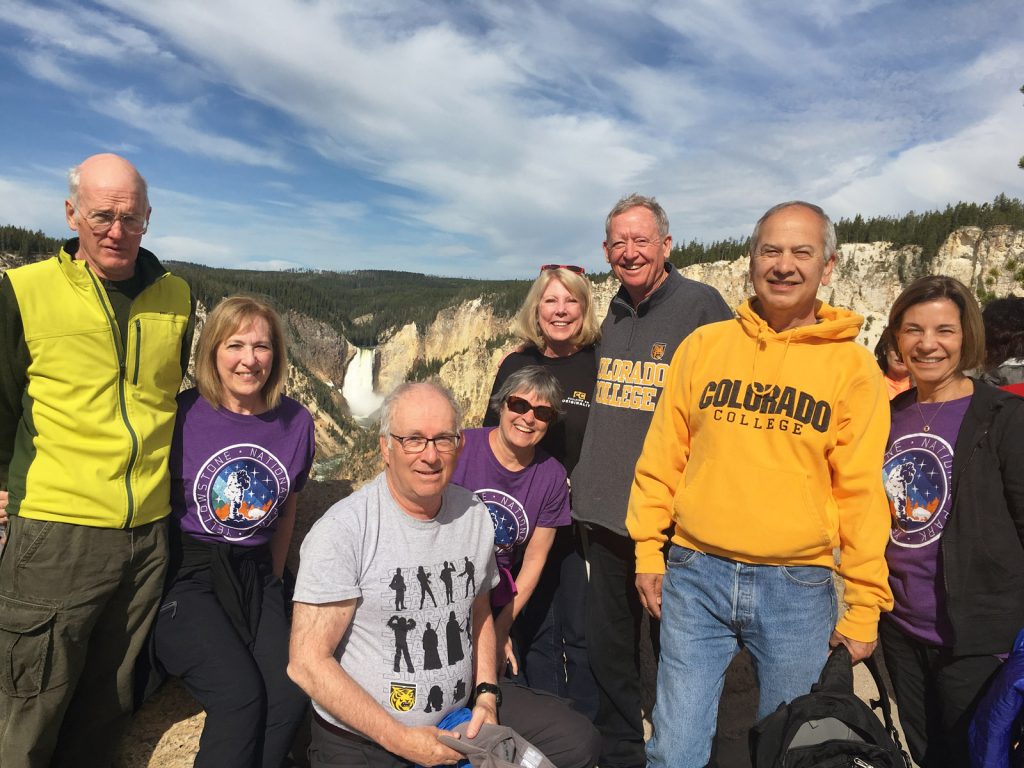 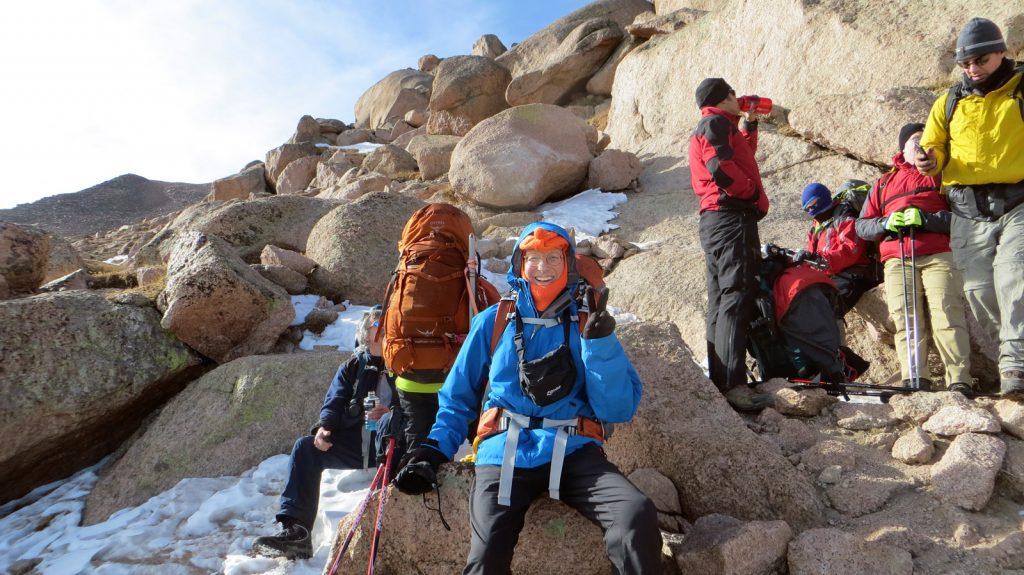 Perseverance counts, in chemistry and in mountain climbing. Professor of Chemistry Ted Lindeman ’73 has participated in 50 percent of the AdAmAn Club’s treks up Pikes Peak, making him the member with the most climbs.

Lindeman says that only for the first two or three years, in the early 1920s, did the climbers carry a few fireworks on their backs, in the form of oversize “bottle rockets.” When a local firework retailer joined the club, they started sending fireworks on the last Cog Train run of the season, and the launchers and ammunition would be held in a storage room at the Summit House. Eventually the highway was kept in good shape, and the ammunition went up in a truck a week or two before New Year’s, and the heavy steel launching tubes were stored in the summit house.

“A could-have-killed-several-of-us misfire” in the 1960s led to changes, including several thousand pounds of sand bags going up the mountain with the shells. “Finally around 1993, we staged an evolutionary burst” that resulted in the
present routine, says Lindeman. Today the club’s Pyro Subcommittee goes to great lengths to assure reliable ignition with nobody anywhere near a launcher.

However, says Lindeman, “the old close calls now make for jolly campfire talk, because we’ve been both careful and lucky — always at least one of those!” 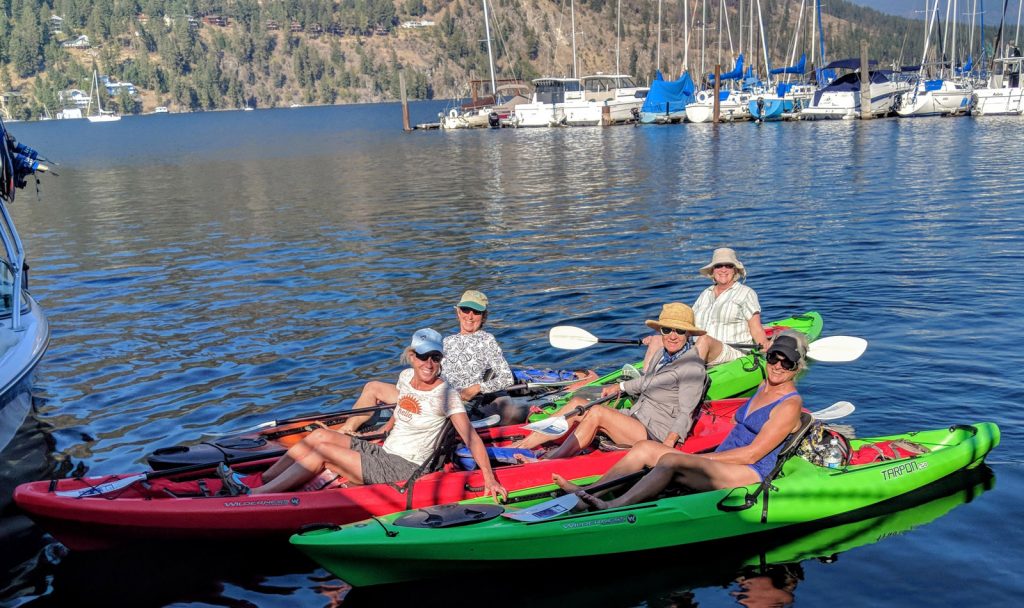 In October, Diane Rayor served as Roe Green Artist in Residence at the University of Colorado Boulder for the world premiere of her translation of Euripides’ “Hecuba.”

Edie Dulacki Sonn, vice president of communications and public affairs at Pinnacol Assurance, has been named a 2019 Governors Fellow by Colorado Gov. John Hickenlooper. Similar to the White House Fellowship, Colorado’s Governors Fellowship program is designed to facilitate public sector engagement for senior leaders from the private and nonprofit sectors.

With the Tetons as their backdrop, CC friends took a break from home, work, and family in late June to get caught up and relax. Pictured left to right: Sue Touchette Aust ’87, Libby Crews Wood ’87, Leslie Scott ’87, Anne Wagner Connell ’87, and Margaret Creel ’80 on the Snake River. Thanks go to Margaret for rowing!

Christopher Dunn has been named co-winner of the Roberto Reis Brazilian Studies Book Award for “Contracultura: Alternative Arts and Social Transformation in Alternative Brazil.” The award recognizes the two best books in Brazilian Studies published in English that contribute significantly to promoting an understanding of Brazil. Christopher is a professor in the Spanish and Portuguese Department at Tulane University. His interest in Brazil began at CC and was inspired by Peter Blasenheim, professor of history.

Andy Henderson has been named a partner at Burns & Levinson LLP, a full-service law firm of more than 125 lawyers in Boston, Providence, and other regional offices. Andy is a member of the firm’s corporate, venture capital and private equity, and sports industry groups and focuses primarily on mergers and acquisitions for both private and publicly held companies. 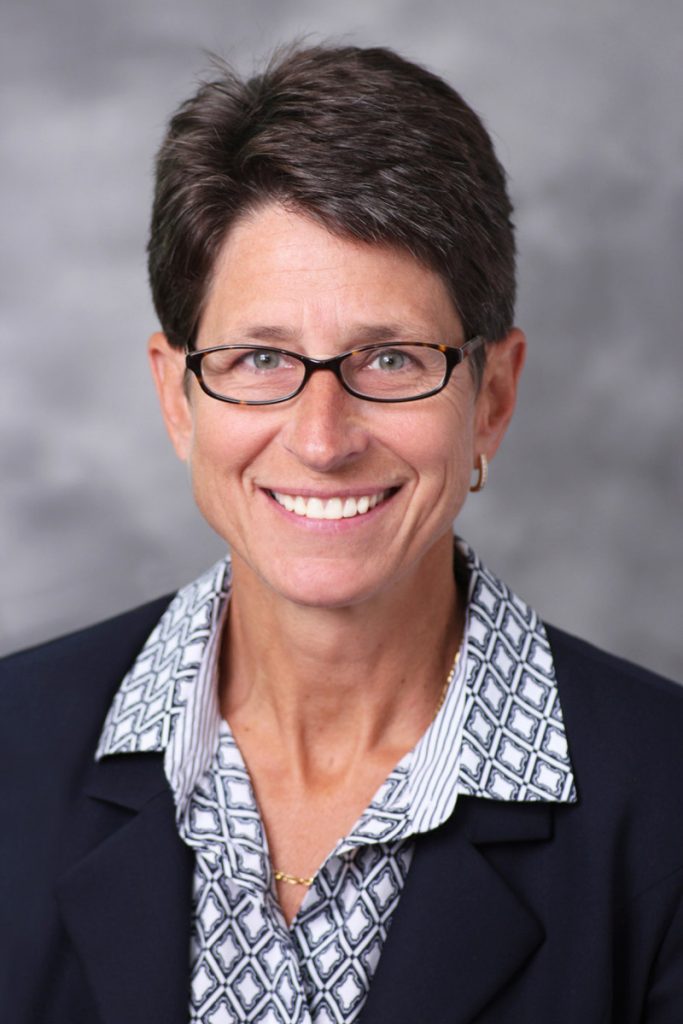 Shannon M. Kos has been included in the 2019 edition of “Best Lawyers in America.” She is a shareholder at Collins Einhorn Farrell PC, in Southfield, Michigan, specializing in defending property owners, contractors, product manufacturers, and suppliers in a variety of contexts including asbestos and other toxic torts, mold, and fire and explosion litigation.

Amy Guglielmo has received a 2018 Christopher Award in the category of Books for Young People. The awards, which go to authors, illustrators, filmmakers, and television creatives, recognize works that “affirm the highest value of the human spirit.” Her book, “Pocket Full of Colors: The Magical World of Mary Blair, Disney Artist Extraordinaire,” tells the story of a pioneering female animator. 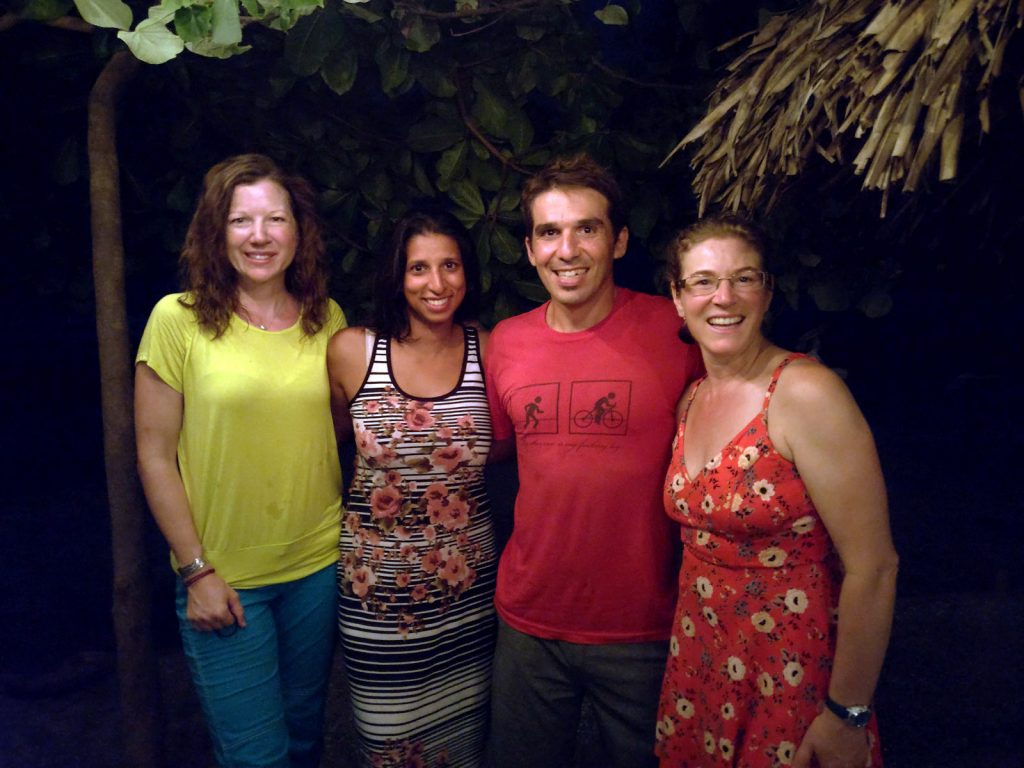 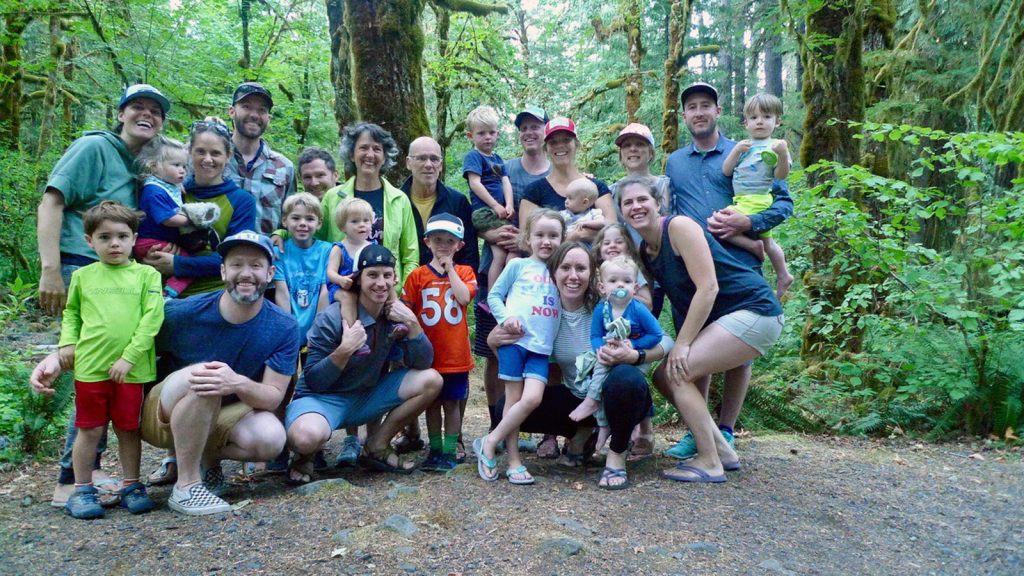 Erica Jensen Davis is currently serving as an ambassador of excellence for the Arizona Education Foundation. This means she was chosen as one of the Top five teachers in the state and was a candidate for Arizona Teacher of the Year. 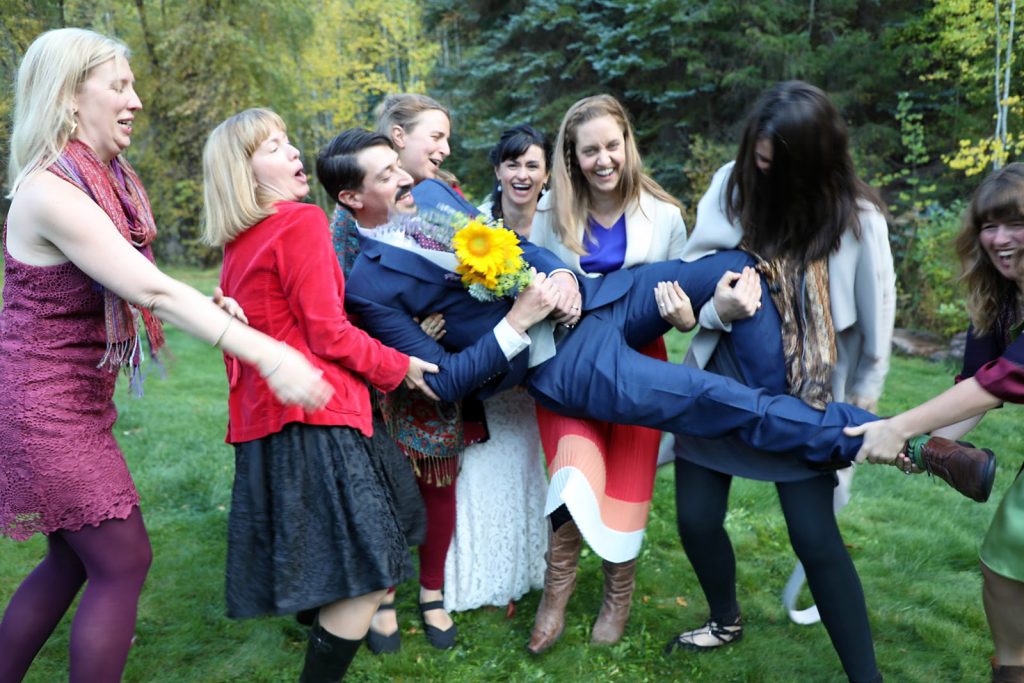 Retta Bruegger married Andrew Gingerich on Sept. 23, 2017, near the bride’s childhood home in Old Snowmass, Colorado. Attendees, pictured left to right, included Kate Voigt ’05, Liza Springmeyer ’05, Devon Little ’05, Tess Wilkes ’05, Ren Udall ’05, and Jenine Durland ’05. Retta and Andy live in Grand Junction, Colorado, where Retta is the regional specialist in range management for Colorado State University Extension and Andy is a planner for the city of Grand Junction. They met in Albuquerque, New Mexico, due to the powers of Tess Wilkes. 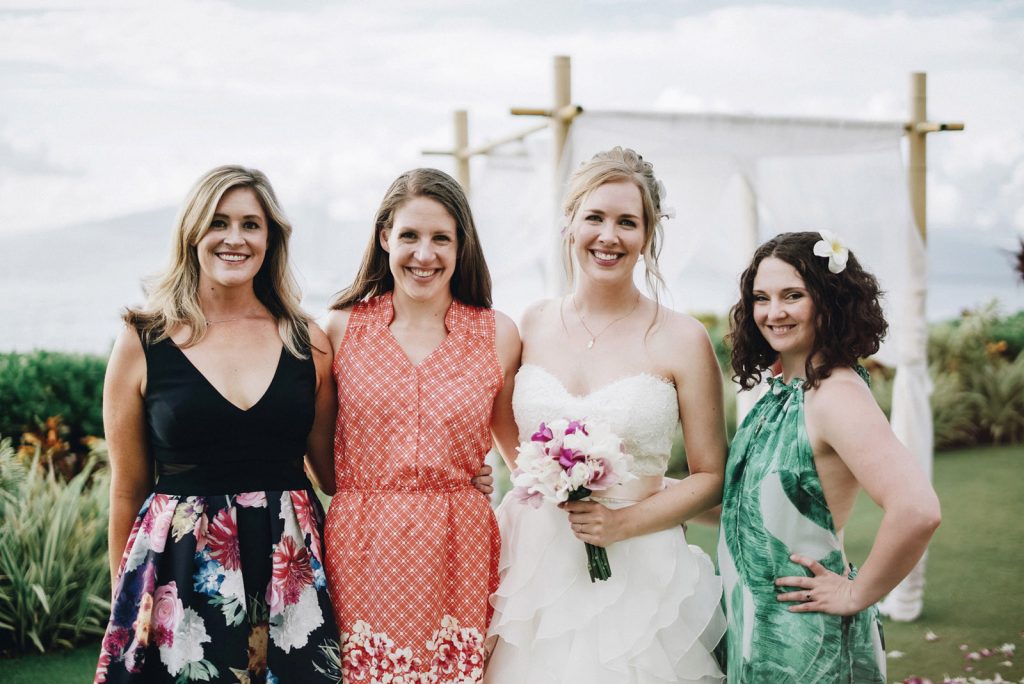 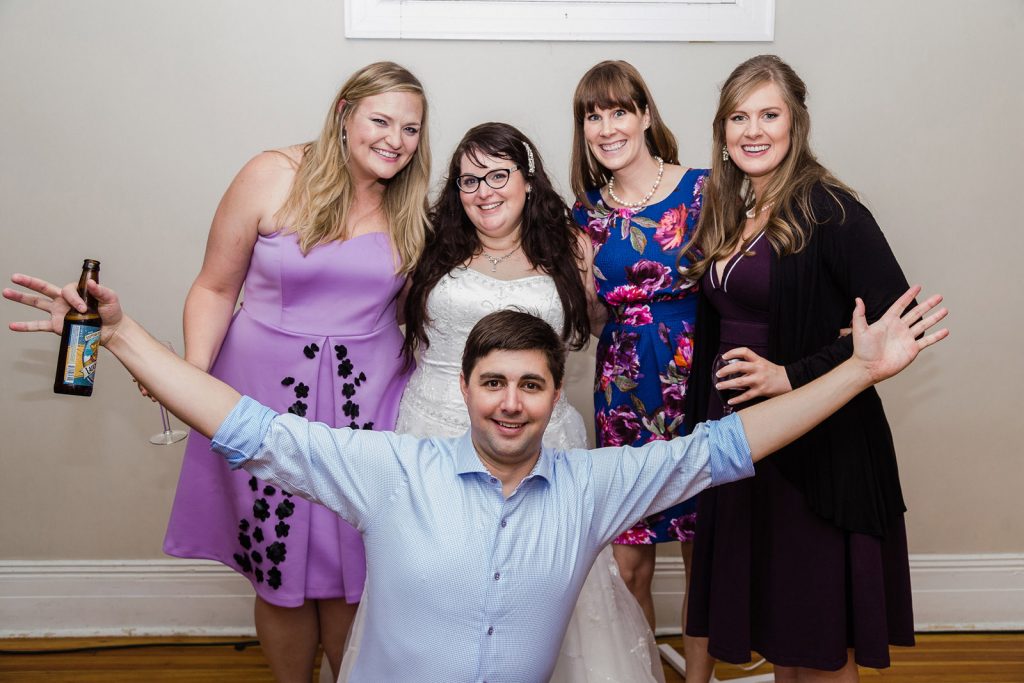 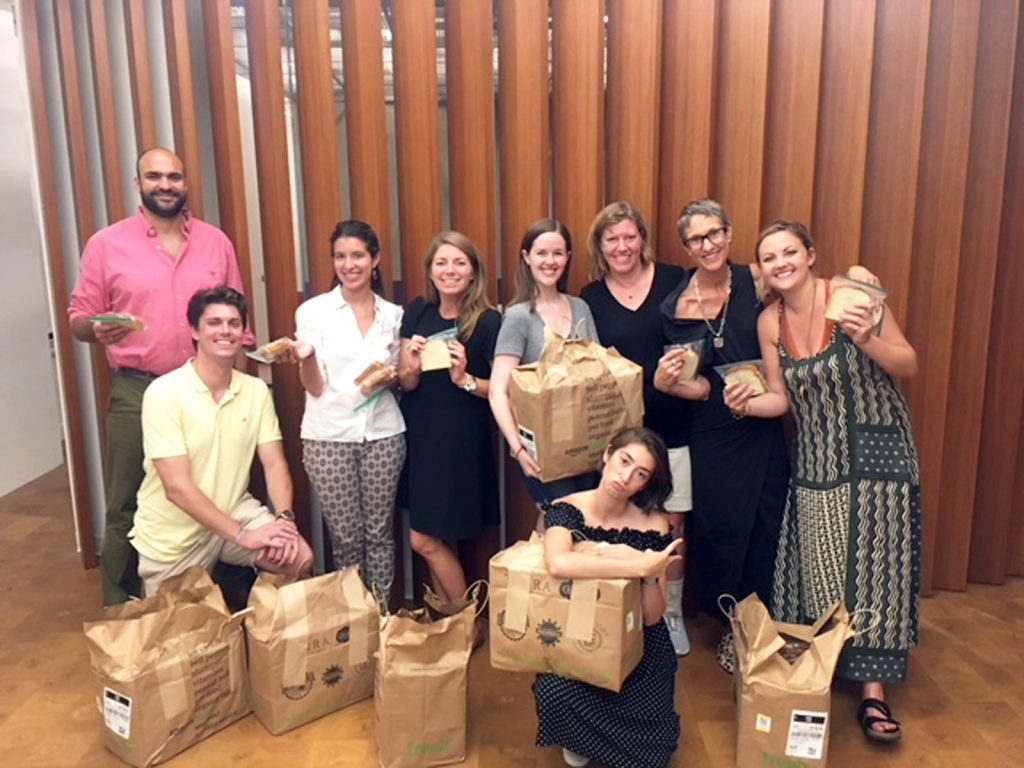 On Sept. 6, a group of alumni and parents got together in New York City for a CC Cares Day event. Working with the One Sandwich at a Time nonprofit, the group collectively made 400 sandwiches for the Main Chance shelter. Pictured, foreground: Camey Hess ’14. Back row, left to right: Jorge Salem ’07, Wilder Kingsley ’15, Katherine Corwin ’12, Sarah Davidson ’09, Cynthia Whitman ’11, Jeanne Muller, Holly Carter ’85, and Lauren Schmidt ’16. CC Cares Day is an initiative started by the Alumni Association’s Engagement Committee
to encourage, organize, and promote alumni volunteer activities nationwide. 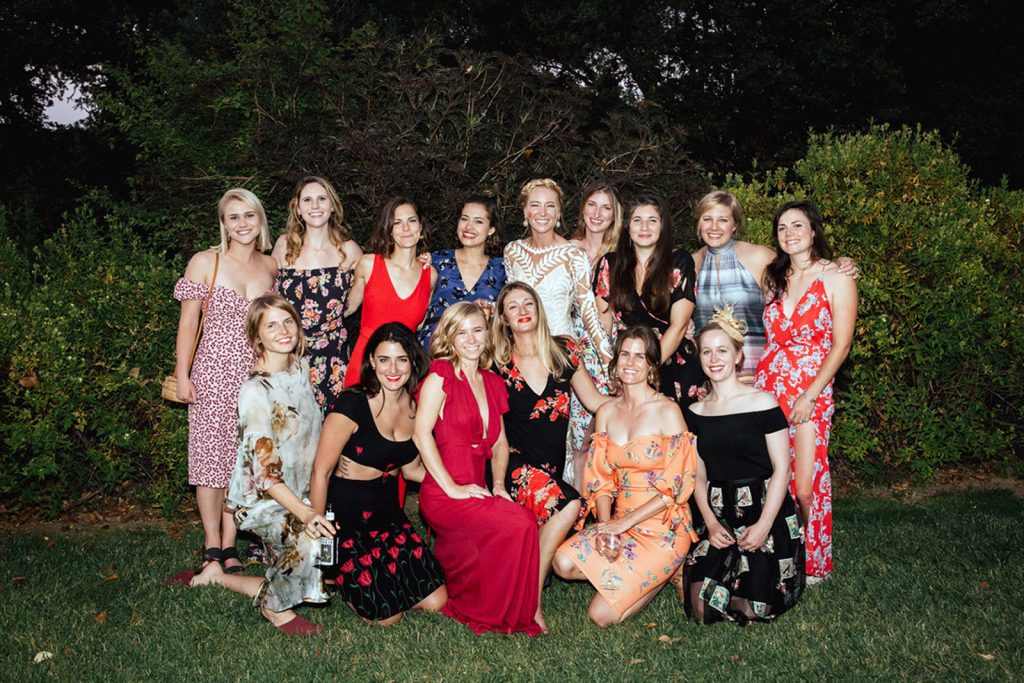 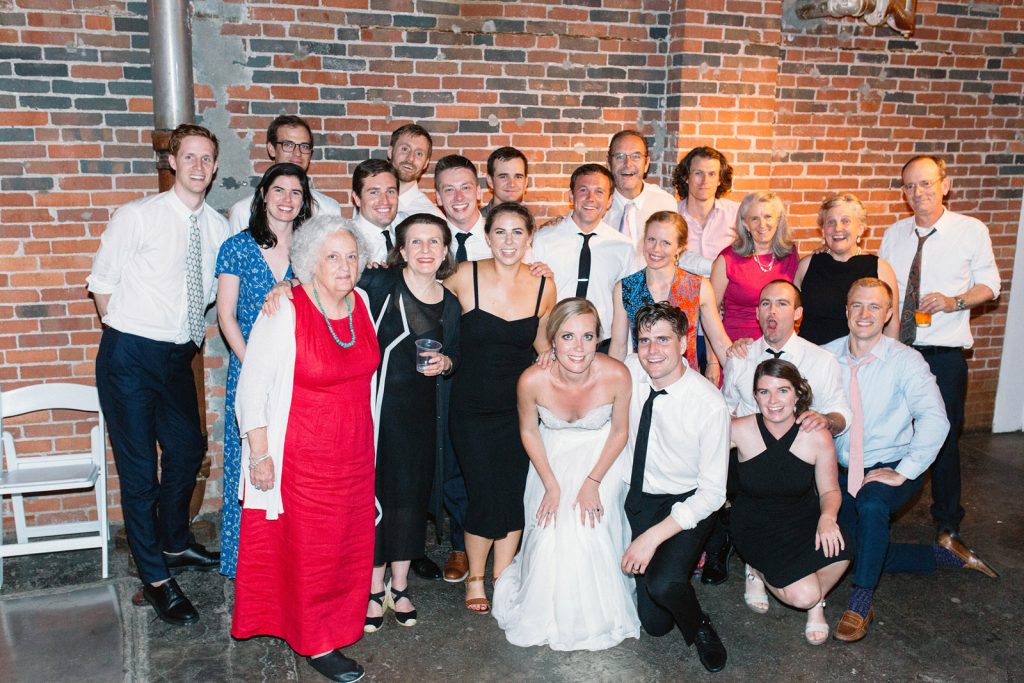 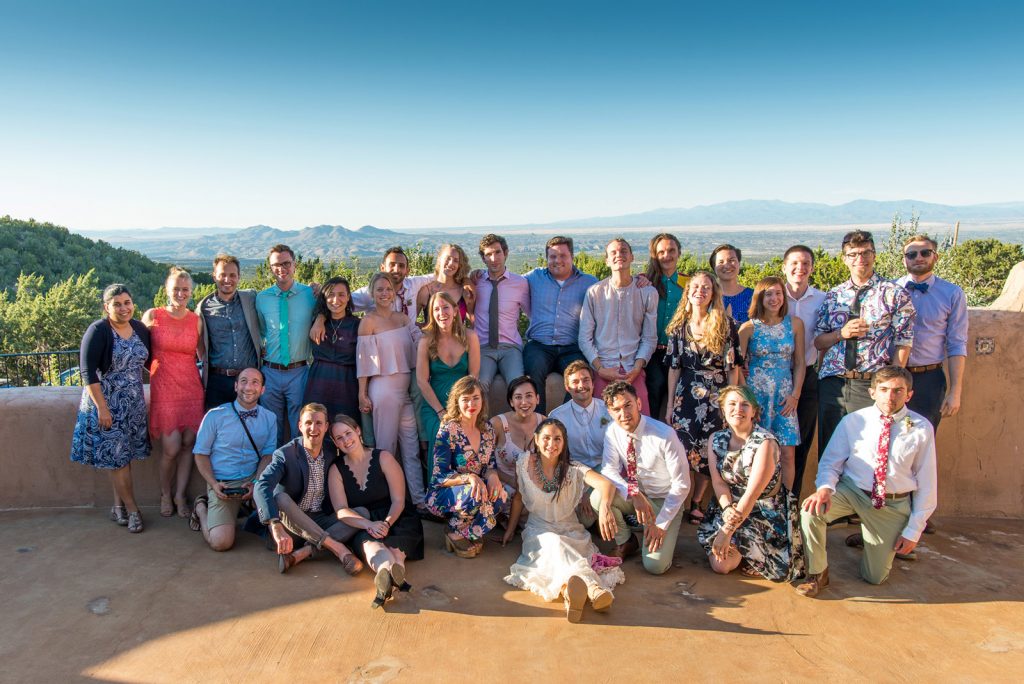 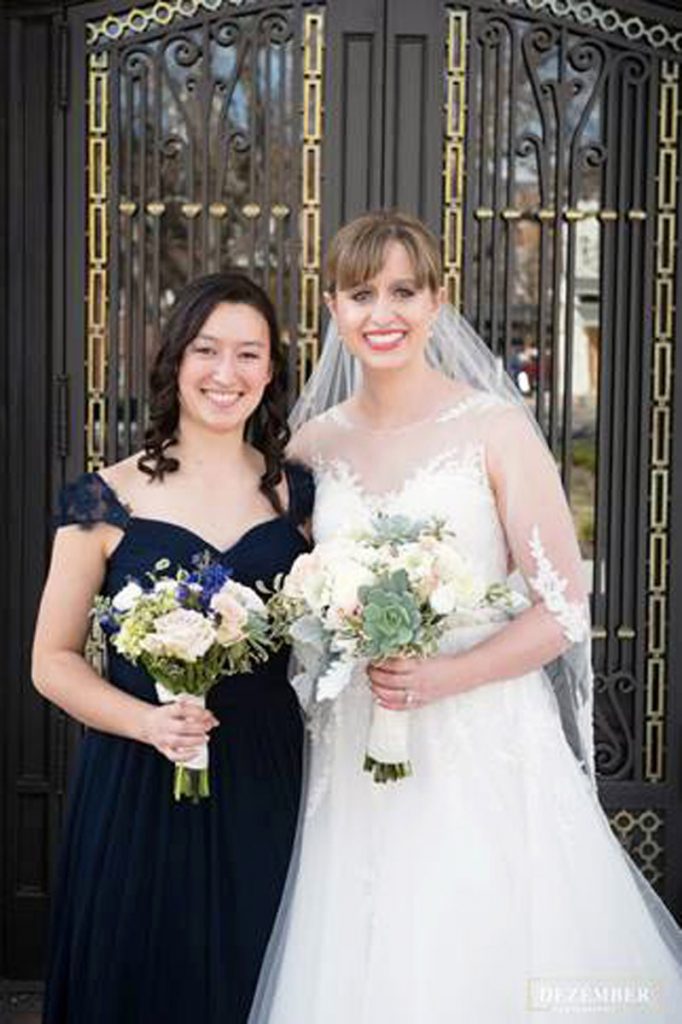