Jane Lubchenco has been elected by academicians and appointed by Pope Francis to the Pontifical Academy of Sciences, a global institution of 80 members who have made outstanding scientific contributions and shown high moral character. The PAS provides scientific advice to the Pope. On April 2, Jane also received the inaugural Tethys Award from the Ocean Visions Institute, recognizing “her significant achievements as an international leader in science and policy, as well as her untiring efforts to bring a positive outlook on the ocean’s future.” Two days later, she received her 22nd honorary degree, this one from the University of Antwerp in Belgium. And on May 29, she received the Harvard University Centennial Medal for “contributions to society that emerged from your graduate education.” Jane is a distinguished university professor and marine studies advisor to the president at Oregon State University. 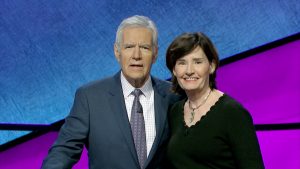 Following an online exam and a 2½-hour audition, Maryanne Mowen was selected from an original pool of 85,000 candidates to be a contestant on “Jeopardy!” Her show aired April 8. Maryanne (pictured here with “Jeopardy!” host Alex Trebek) lives in Santa Fe, New Mexico, and still teaches online accounting courses at Oklahoma State University, where she started working in 1978.

The John L. Krauss Award for Public Policy Innovation is now being given biennially by the O’Neill School of Public and Environmental Affairs at IUPUI. John founded the Indiana University Public Policy Institute in 2008 and, upon retiring from the institute in 2014, earned the award named in his honor. It is given for applied research or activity that helps the state of Indiana and/or Indiana communities with real-world solutions. John also was recently reappointed to another five-year term on the Indiana Disciplinary Commission, which investigates and prosecutes claims of misconduct against Indiana lawyers, and protects them against unwarranted misconduct claims.

Stephen Trimble has been honored as one of Utah’s “15 Most Influential Artists” by Artists of Utah, a Salt Lake City nonprofit. An exhibit, published profile, and reading celebrated his work as writer, photographer, and activist. Also, Steve recently participated in a “Healthcare: Stories of Illness and Wellness” event put on by “The Bee,” a Salt Lake City approximation of the NPR show, “The Moth.” In 10 minutes in front of 1,400 people at the University of Utah, Steve distilled the tragic life of his brother, which is also the subject of his next book.

In February, Tracy James retired after practicing law for 38 years. Based in Littleton, Colorado, she says she looks forward to continuing her mediation practice and studies in acting, while she and husband Kevin Collins maintain close contact with a number of CC classmates. 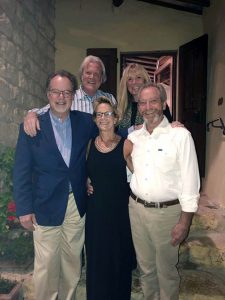 Cathy Farr Langer (pictured front row, center) and Steve Langer (front row, right) spent a month last fall at a 1,000-year-old villa called Ripertoli above Greve in Chianti, Italy. They invited Michael Rybak ’76 and Deborah Caulfield Rybak ’75 (back row) and Bert Rudman ’76 to join them … and, they report, the rest is history.

In June, Jean and Bruce Lemmon presented “Four Madrigals and a Wedding” in their home city of Tulsa, Oklahoma. The program featured music inspired by and borrowed from their May 1977 wedding in Shove Chapel, at which the Collegium Musicum performed under the direction of Professor Michael Grace ’63. The concert, which featured music of Praetorius, Dowland, Frescobaldi, and others, was dedicated to Michael. 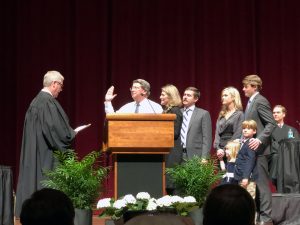 Mark Norris was confirmed as United States District Court Judge for the Western District of Tennessee by the U.S. Senate on Oct. 11. He assumed his responsibilities Nov. 8. Ceremonial investiture ceremonies, including remarks by U.S. Sen. Lamar Alexander and Tennessee Gov. Bill Haslam, took place in Memphis on Jan. 11. Pictured here is Mark taking the oath of office alongside his wife, Chris Cowan Norris ’78; his sons Cotter and Field, with Field’s wife, Ellie; and grandchildren Louise and Field III.

Wayne Skigen has joined Tressler LLP as a partner in its new St. Louis Metro office in Edwardsville, Illinois, and will practice in the area of business litigation. Tressler LLP is a national law firm headquartered in Chicago, with eight offices located in five states: California, Illinois, New Jersey, New York, and Pennsylvania.

Russell Stewart has been elected mayor of Cherry Hills Village, Colorado, where he has lived since 2001. Retired as a litigation partner with Faegre Baker Daniels, LLC, he continues other civic engagements including the Colorado Supreme Court Committee on Pattern Civil Jury Instructions, the Faculty of Federal Advocates, the International Association of Defense Counsel, the Arapahoe County Open Space and Trails Advisory Board, the Board of the Denver Area Council of Boy Scouts, and the Colorado Municipal League.

Emily Anderson was appointed Chief Judge of the 17th Judicial District of Colorado (Adams and Broomfield counties), effective May 3. As Chief Judge, Emily will serve as the administrative head of a large metropolitan judicial district. She is the first woman to serve in this role in this district. 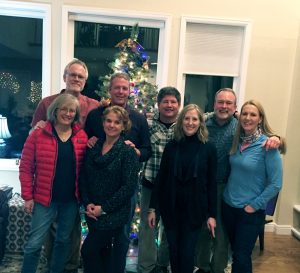 A group of alumni has been getting together over the Christmas holiday for decades and continued that tradition in 2018. Pictured left to right: Margot Stolte Burns ’87, Doug Burns ’87, Jacqui Cartwright-Mills ’90, Tim Cartwright-Mills ’87, Brett Carpenter ’87, Patty Spear Clark ’87, David Casson ’87, and Debby Devane Casson ’87.

Laura Rubin has been named director of the Healing Our Waters-Great Lakes Coalition based in Ann Arbor, Michigan. The coalition includes more than 150 groups working to restore and protect the Great Lakes.

Lisa Davenport is a research scientist at the Florida Museum of Natural History and at the Department of Biology at the University of Florida, Gainesville. She also has a part-time affiliation with James Cook University in Cairns, Australia. Last year, Lisa was named a National Geographic Explorer for her research tracking migratory waterbirds in the Amazon using the latest technologies in satellite telemetry. Anyone interested in her work can see near-real-time tracking results at movebank.org.

Lisa Hartwell Gardner, along with her husband Anj Gardner ’89 and father Ken Hartwell ’61, attended the Commencement of daughter Emily Gardner ’19, bringing three generations of CC Tigers together on campus in May. 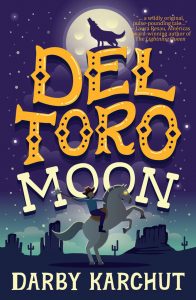 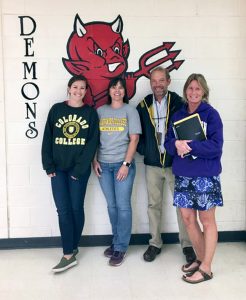 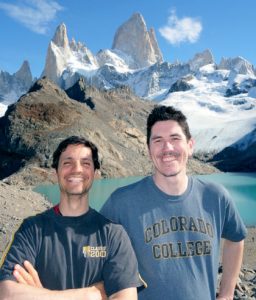 Andrew Morrison (left) and Robert Savinelli spent a couple of weeks in April hiking in Patagonia with other friends to celebrate their 40th birthdays. They are photographed here on the Argentinian side of Mt. Fitz Roy. Robert, his wife Angie, and his son, Leo, live in the Los Angeles area; Andrew, his wife Kristen, and their two boys, Tyler and Eric, live in Denver. 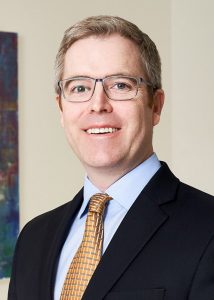 The Minneapolis law firm of Cozen O’Connor has promoted Evan Berquist from associate to member. Evan, who was named a 2018 “Up & Coming Attorney” by Minnesota Lawyer Magazine, advises clients on a wide range of transactional matters, with a focus on mergers and acquisitions.

Andy Woodward has been appointed chief financial officer of Blueknight Energy Partners (NASDAQ: BKEP), based out of Tulsa, Oklahoma. Andy brings a wide range of energy financial experience to the role, including investment banking at RBC and, most recently, work as principal financial officer at Andeavor Logistics (NYSE: ANDX). 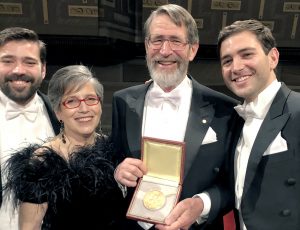 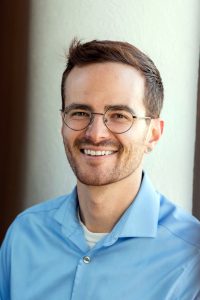 Justin Garoutte has earned a Master of Public Health degree from the University of New Mexico. He plans to continue working as a research associate at the Pacific Institute for Research and Evaluation on a study to reduce suicide and other health inequities among LGBTQ+ adolescents across New Mexico.

Kyra Gurney was named a Pulitzer Prize finalist in Explanatory Reporting for “Dirty Gold/Clean Cash,” which she co-authored in the Miami Herald. The piece (available at hrld.us/30UqSWR) explores how American demand for South American gold is fueling international money laundering, drug trafficking, and other crimes.

Robin Walter has begun Cloud Peak Expeditions, an education-focused organization that offers backcountry horse trips into the Big Horn Mountains in Wyoming. Robin created Cloud Peak to provide people with backcountry travel that deepens their connections to themselves, others, and the natural world. 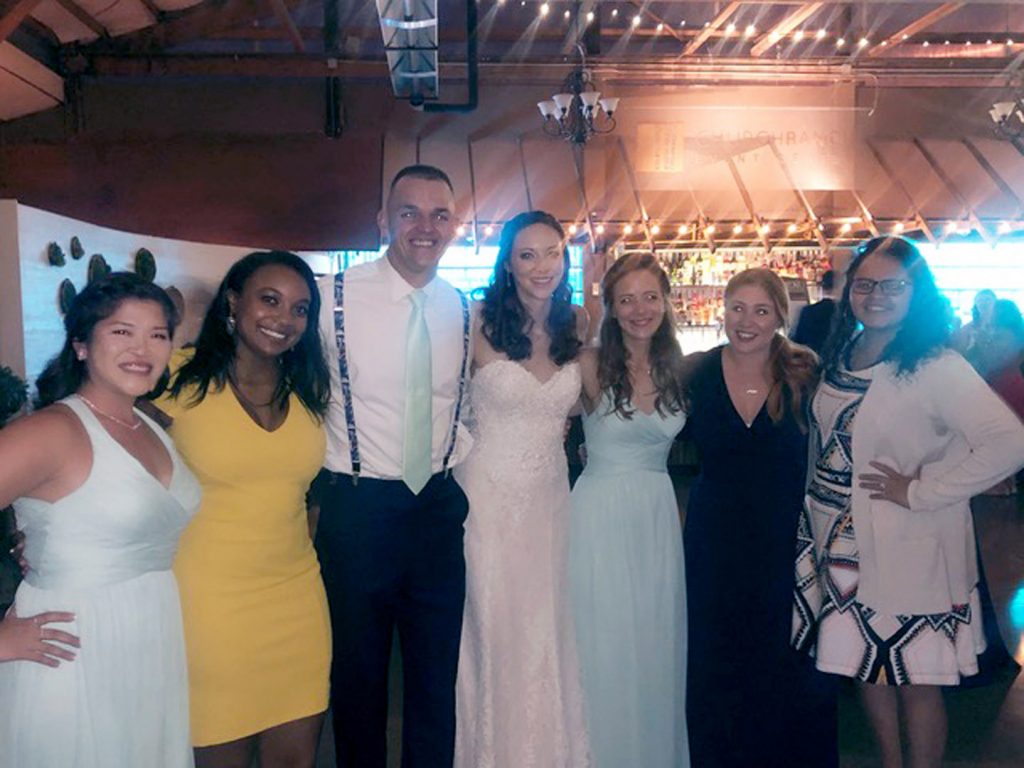 Erin Slay and Craig Harris Jr. celebrated their marriage in Westminster, Colorado, on May 31. Among the guests were a number of CC alumni. Pictured left to right: Noelani Kawashima ’13, Alyssa Northam ’14, the groom and bride, Jaclyn Rosenquist ’14, Paige Klibanoff ’14, and Gianina Horton ’14.