One of the most important functions of the Colorado College Alumni Association Council is to recognize the contributions of distinguished alumni, faculty members, and staff to the betterment of society and to the enhancement of the college and its mission. The Alumni Association Council acknowledges these alumni, faculty, and staff members through four awards given during Homecoming.

If you know an alumnus/alumna, faculty member, or staff member who should be recognized for their contributions to CC, their field of expertise, or to the wider community, submit a nomination.

This year, the college honors the following people with these awards:

The Gresham Riley Award recognizes faculty and staff who have made a significant difference to the Colorado College community through outstanding service, commitment, and accomplishment. The continuing concern for and support of students and alumni demonstrated by such individuals ensures the  general well-being and future excellence of the college. These accomplishments exemplify the important contributions made by Gresham Riley, the 10th president of Colorado College, serving from 1981-92. 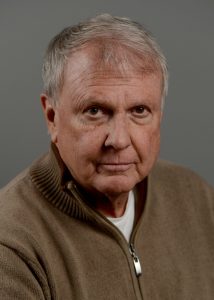 Professor Emeritus John Simons is a recipient of the Gresham Riley Award. He joined the Department of English at Colorado College in 1971, where he taught modern American literature and film studies. In the 1980s, he launched a popular course on James Joyce’s “Ulysses.” Simultaneously, he began teaching more courses on film, focusing on genre courses in Westerns and American crime movies.

He co-authored “Peckinpah’s Tragic Westerns: A Critical Study” (2011) with Robert Merrill and the two are collaborating on “Marlowe’s Cat: Robert Altman and the Making of ‘The Long Goodbye’” (2020). Simons has written nearly 20 essays on literature and film and has presented papers at numerous literary and film conferences. 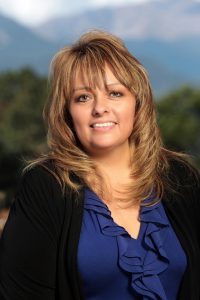 Brenda Soto P’19 is a recipient of the Gresham Riley Award. She has been a CC employee for 33 years and has served in the following areas: Finance and Administration, Academic Departments and Programs, Student Life, and Advancement. Soto has been the director of college events for the last five years. During her tenure at Colorado College, she has hosted more than 25 exchange students and has been active in Big Brothers Big Sisters as a mentor for high school students.

She has served on numerous campus committees, as Staff Council chair for four years, on several Block Projects, and on the search committee for former CC President Kathryn Mohrman. She has been recognized with numerous awards, including an Institutional Achievement Award from the Association of Collegiate Conference and Events Directors-International in 2013 for her exceptional work on the Waldo Canyon Fire evacuee placement; Committee Member of the Year award in 2010 from the National Association of College Auxiliary Services, where she was appointed the Annual Conference chair in 2004 and 2008; and she has been recognized with the Mentor of the Year Award from Colorado College students every year since 2006.

The Lloyd E. Worner Award recognizes outstanding loyalty, service, and generosity to the college as evidenced by continuing concern and support for students and the quality of teaching and learning, as well as the general well-being and future excellence of the institution. These attributes characterize the service and contributions of Lloyd E. Worner, Class of 1942, who served as a faculty member, dean, and ultimately president of Colorado College from 1964-81. 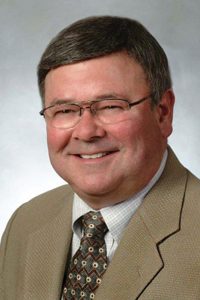 William S. Smith ’74 is the recipient of the Lloyd E. Worner Award. Smith has served as vice president of Serdrillco, which was founded by his grandfather in 1947. He also was a principal with Johns Manville Corp./Manville Commercial Roofing and a partner with S&S Oilfield Supply.

A native of Tulsa, Oklahoma, Smith has served his community with distinction. Through the William S. Smith Charitable Trust and the Sherman E. Smith Family Charitable Foundation, he and his family have supported the Tulsa Ballet, the Parent Child Center of Tulsa, Domestic Violence Intervention Services, the Tulsa Area United Way, the Tulsa Boys Home, Metro YMCA, the downtown Rotary Club, the Salvation Army, the Nature Conservancy of Oklahoma, and the Riverview Lawn at Gathering Place project.

Smith has demonstrated his care for the Colorado College community prolifically as well. In 2015, he launched the Endowed Scholarship Challenge 101, an initiative challenging alumni and friends of the college to establish or enhance scholarships of their own for Colorado College students. To date, 70 scholarships have been activated through the challenge.

The Louis T. Benezet Award recognizes outstanding achievement in one’s chosen field, excellence through unusual success or contribution, innovation, or research that has advanced a profession or a cause, and/or extraordinary contributions and achievements that have impacted people’s lives and exemplify the values of a liberal arts education. These attributes characterize the important contributions of the late Louis T. Benezet, president of Colorado College from 1955-63. 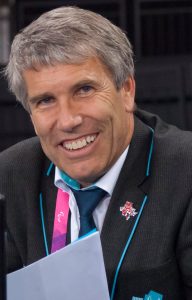 John Lamson Kessel ’74 is the recipient of the Louis T. Benezet Award. He has been coaching volleyball at the collegiate level or above since 1971. As a player, he participated in 16 U.S. Open championships and played professionally overseas. He is director of sport development at USA Volleyball, the national governing body of the sport. He also is director of development and board member for World ParaVolley, secretary of the North, Central American and Caribbean Volleyball Confederation development commission, and a level IV course instructor for the International Volleyball Federation. He serves on the board of Starlings Volleyball, USA, an organization devoted to positively impacting at-risk girls through the sport of volleyball.

In 2017, he and his wife, Lily Fernandez, founded a nonprofit retreat for veterans, first responders, and their families called Bison Peak Lodge on 40 acres in the Tarryalls. He has done multiple clinics in all 50 U.S. states and more than 60 nations worldwide, has authored numerous books and articles, and is a frequently sought speaker on topics related to 20 different Olympic sports.

THE SPIRIT OF ADVENTURE AWARD 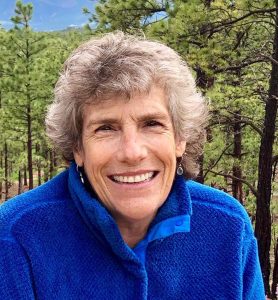 Winnie Barron ’79 is the recipient of the Spirit of Adventure Award. In 1998, she co-founded Makindu Children’s Program in Kenya, makindu.org, an international nonprofit supporting Makindu Children’s Centre that provides comprehensive services for orphans, vulnerable children, and adults. She served as Makindu’s program director in its early years and currently is the program’s board chair, adviser, and consultant. During the past 20 years, the center has helped more than 14,000 vulnerable children and their families. Barron’s career as a physician’s assistant also has been prolific and impactful. After training at Duke University Medical School, she worked for more than two decades in family medicine before specializing in emergency medicine and urgent care for the past 13 years. She maintains her paramedic certification as a volunteer paramedic/firefighter, EMT captain, and search and rescue squad member with the Brownsville, Oregon, Fire Department.

In 2017, she was awarded the Humanitarian Award from the World of Children; in 2001, she was named Humanitarian Physician’s Assistant of the Year by Paragon International.