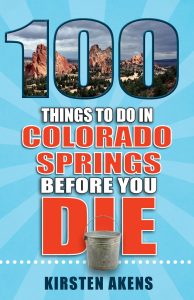 100 Things to Do in Colorado Springs Before You Die

The breathtaking views of Colorado Springs from the summit of Pikes Peak inspired Katharine Lee Bates’ unforgettable anthem, “America the Beautiful.” The city embodies some of the best that the West has to offer, and any visit to the region will be full of such inspiring vistas. To maximize your visit, this book offers insider tips for enjoying the outdoor adventures, restaurants, shopping, and entertainment in this stunning gem of a city. Author Kirsten Akens shares a local’s insight from the perspective of both a longtime resident and a journalist with a skill for digging below the surface. Published by Reedy Press, 2019. 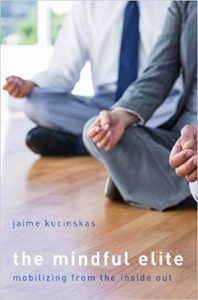 Mindful meditation is embraced in virtually all corners of society today, from K-12 schools to Fortune 100 companies. Its virtues, such as promoting health and well-being, reducing stress, and fostering attention, creativity, productivity, and emotional intelligence, are extolled by national and international media almost daily. In this book, Kucinskas, assistant professor of sociology at Hamilton College, shows how elite meditators transformed mindfulness from a marginal, countercultural practice in the 1950-70s, or a religious ritual for Asian immigrants, into a seemingly beneficial practice for everyone. However, as an unintended cost of their mainstream success, meditators’ hopes to transform society and address larger social problems such as social inequality fell by the wayside. Published by Oxford University Press, 2019. 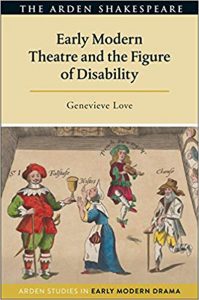 Early Modern Theatre and the Figure of Disability

This book, Love’s first, looks at the role of physically disabled characters in early modern English theatre. Through an examination of a range of plays, including Marlowe’s “Doctor Faustus” and Shakespeare’s “Richard III,” Love’s book shows that early modern theatrical representation relied on representations of physical disability to navigate the “likeness problems” of theatre and examines the question “What work did physically disabled characters do for the early modern theatre?” The work reveals how attention to physical disability enriches one’s understanding of early modern ideas about how theatre works, while also illuminating how theatre offers a reframing of disability as metaphor. Published by The Arden Shakespeare, 2018. 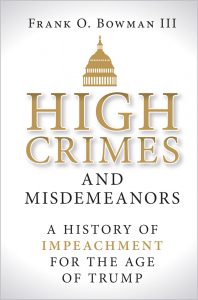 High Crimes and Misdemeanors: A History of Impeachment for the Age of Trump

For the third time in 45 years, America is talking about impeaching a president, but the impeachment provisions of the American constitution are widely misunderstood. Bowman, a constitutional scholar and legal historian at the University of Missouri Law School, traces the roots of impeachment to medieval England, examines its adoption in the Constitution, and shows that the framers intended impeachment to be a flexible tool, adaptable to the needs of any age. The book combines historical and constitutional analysis of the impeachment clauses, a coherent theory of when impeachment should be used to protect constitutional order against presidential misconduct, and a comprehensive presentation of the case for and against impeachment of President Trump. Published by Cambridge University Press, 2019.

Designed to help writers learn to use style as a rhetorical tool, taking into account audience, purpose, context, and occasion, this is not only a style guide for a new generation but a new generation of style guide. Butler encourages writing instructors to present style as a practical, accessible, and rhetorical tool, working with models that connect to a broad range of writing situations ranging from traditional texts such as essays to digital texts such as tweets, Facebook postings, YouTube videos, and others. Butler is associate professor in the Department of English at the University of Houston whose recent scholarship focuses on the intersection of style, the public sphere, multimodal composition, and the digital humanities. Published by Utah State University Press, 2018. 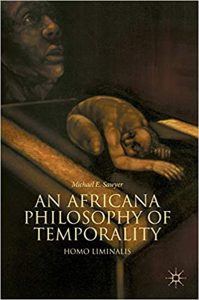 Sawyer’s first book is a timely study in the areas of philosophy, history, and literature. As an exploration of the modern political order and its racial genealogy, “An Africana Philosophy of Temporality: Homo Liminalis” emerges when both scholars and activists are wrestling with how to understand subject formation from the perspective of the subordinated rather than from dominant social and philosophical modes of thought. For Sawyer, who also teaches in the Race, Ethnicity, and Migration Studies program and is the newly appointed chair of CC’s Africana Intellectual Project, studying the formation of racialized subjects required a new imagining of marginalized subjectivity. Published by Palgrave Macmillan, 2018. 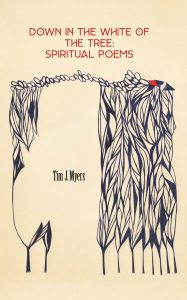 Down in the White of the Tree: Spiritual Poems

The marriage of poetry and spirituality is an ancient one, and in this book of poetry, Myers works in that tradition. But his isn’t conventional religious poetry, some of which, he believes, is either inadequate for genuine spiritual seeking or antithetical to it. One reviewer says Myers “writes of the sacred — not inside church halls looking through stained-glass windows, but with the cat in the alleyway, the bat sweeping through night, white trees, winter’s slushy streets.” A senior lecturer at Santa Clara University, Myers has 15 children’s books out and won a first prize in a poetry contest judged by John Updike. This is his fourth adult poetry book; a fifth is at press. Published by Regal House Publishing, 2018.

The Adulteration of Children’s Sports

By Kristi Erdal, professor of psychology

Subtitled “Waning Health and Well-Being in the Age of Organized Play,” Erdal’s book contends that adult introduction of early competition, extrinsic rewards, early sport specialization, and year-round participation has thwarted children’s intrinsic motivation and contributed to children’s attrition from sport. The book looks at how adults’ goals and needs are at the heart of the changes, and what the consequences are on children’s enjoyment of sport and on their autonomy, creativity, and moral reasoning outside of sport. Erdal explores concerns about the future of sport itself, as adult-driven selection practices and expectations reduce the number of young athletes earlier in the participation process and on questionable criteria. The final chapters offer practical and scientifically valid suggestions for improvement. Published by Lexington Books, 2018. 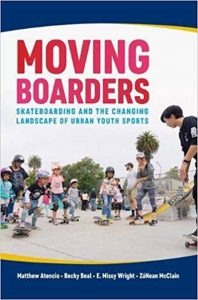 Once considered a kind of delinquent activity, skateboarding now joins soccer, baseball, and basketball as an approved activity for American children. With family skateboarding in the San Francisco Bay Area as its focus, the book integrates first-person interviews and observations to provide a portrait of youth skateboarders, parents, and the social and market forces that drive them toward skate park spaces. Using an interdisciplinary lens, this treatise on youth sports also highlights how corporations, community leaders, and nonprofits have united to energize skate parks as platforms for community engagement and the creation of social and economic capital within urban neighborhoods. Published by the University of Arkansas Press, 2018. 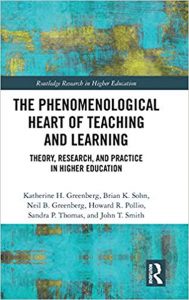 The Phenomenological Heart of Teaching and Learning

Subtitled “Theory, Research, and Practice in Higher Education,” this book presents a carefully constructed framework for teaching and learning informed by philosophical and empirical phenomenology. It includes an extensive, multi-perspective case study focused around the lived experience of college-level teaching preparation, classroom interaction, and students’ reflections. The case study provides a comprehensive portrait of an award-winning professor’s phenomenological approach to teaching and learning which centered on the power of description as a pathway to transformative learning. The book also includes adaptations of a phenomenological approach by other instructors as models for applying the framework in various higher education settings. Published by Routledge, 2019.