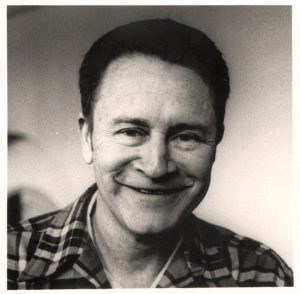 Though never a fan of the Block Plan, George was well known for delivering his lectures in ways that were engaging for students. And he used a writing style which earned him a worldwide reputation in his field for clear and precise instruction. His texts included “Introduction to Topology and Modern Analysis” (1963); “Differential Equations with Application and Historical Notes” (1972, 1991, 2016); “Precalculus Mathematics in a Nutshell” (1981); “Calculus with Analytic Geometry” (1985, 1996); and “Calculus Gems” (1992)

A Tribute To George Simmons

It was my great pleasure to know and work with George Simmons as his editor and publisher. George was not only a master teacher, but he was also a master expositor. Generations of instructors and students loved his textbooks, a very rare sentiment, especially among students.

His books were a joy to read. George was able to transfer the qualities of a great mathematics teacher to the written word, leading to the erudition of tens of thousands of students across the globe. My appreciation of him as an author and associate is not exaggerated. He truly was the rarest form of teacher, one whose talents extended far beyond those lucky enough to work with him in a classroom.

A testament to his mastery, the third edition of “Differential Equations with Applications and Historical Notes,” appearing a quarter-century after the second edition, was recognized by CHOICE Magazine, the professional journal of academic libraries, as a 2016 Outstanding Academic Title of the Year.

It was my great honor to work with George on this edition and on other books, and I will miss him greatly, as will the entire community of mathematics educators and students. Thank you, George. 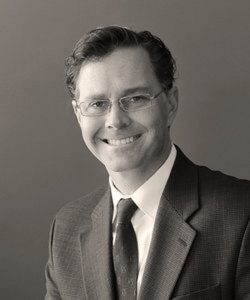 Andrew “Drew” Price-Smith, David Packard Professor of International Relations and founding director of the Global Health Initiative, died July 11 at his home in Colorado Springs. He was 50 years old.

Drew’s research and work involved the analysis of the effects of disease, environmental change, and energy scarcity on the security of nations. Before joining the CC faculty in 2005, he wrote “Plagues and Politics” (Palgrave/Macmillan, 2001) and “Health of Nations” (MIT Press, 2002). While at CC, he completed “Contagion and Chaos: Disease, Ecology and National Security in the Era of Globalization” (MIT Press, 2009), which won a CHOICE Magazine Award for Outstanding Academic Volume of 2009. He also wrote “Oil, Illiberalism and War” (MIT Press, 2015) and “Rising Threats, Enduring Challenges” (Oxford University Press, 2013). Two additional books — “U.S. Foreign Policy in a New Era” (Oxford University Press) and “The Carbon Shadow: Climate Change, Global Governance and International Security” (MIT Press) — were due to be published in 2020.

Outside of academics, Drew acted as adviser for the U.S. Director of National Intelligence (DNI) and for the U.S. Department of Defense. He also served as adviser to the United States Institute of Peace, the United Nations Development Program, the World Bank, the U.S. Environmental Protection Agency, and private-sector entities.

Drew is survived by his wife, Janell Price-Smith, and their two children. 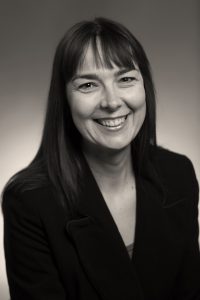 Karin Henriksen Wagar, who worked in a variety of capacities for Colorado College from 2000 to 2016, died suddenly on Aug. 16. She was 49 years old.

Born in the Netherlands, Karin earned master’s degrees in history and religious studies. She joined CC as an office supervisor and held that position until 2006, when she became the school’s alumni and parent programs coordinator. In 2008, Karin moved into events-related roles, first as the college’s art festival manager, then its summer programs manager, and then events manager. She was named assistant director of college and community events in 2015, a position she held until leaving the college in July of the following year.

In the final years of her life Karin lived in Olympia, Washington. She worked as associate director of the foundation and administration for Behavioral Health Resources, a nonprofit that promotes mental health and substance abuse disorder recovery.

Reflective and insightful, Karin was known for living with a rare sense of gratitude and lightness of being. Those mourning her passing include her husband, Michael Wagar. 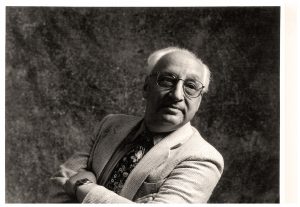 Known for his listening, thoughtfulness, and kindness, Werner dedicated himself to the college and community, from his arrival at CC in 1967 to his retirement in 1994, and even beyond. Werner loved Colorado College and embodied his commitment through his teaching and in his ability to always think of the institution as a whole, holding the highest good for all in everything he did. He was fair-minded, deliberate, and spoke with intention and purpose.

Born April 7, 1929, in Muhlheim Ruhr, Germany, Werner came to the United States with his family in 1940 having escaped Germany. He pursued his undergraduate degree, M.A., and Ph.D. at UCLA, all in Zoology. Having taught at Brown and Wayne State before he came to CC, his primary research interests during his career focused on evolutionary biology, human genetics, and vertebrate development. Werner got to watch the field of genetics develop. DNA sequencing became especially intriguing to him and Werner thought very deeply about the ethics of genetics. He had the amazing ability to get to the heart of an experiment with probing questions that fostered great discussions, something his colleagues respected.

After his retirement in 1994, Werner still taught block courses, excited to invite non-majors to embrace his love of the field. The founder and creator of the CC Retiree Group, which continues to meet once a month, Werner valued community, always seeking to build it, even in retirement.

Werner is survived by several family members, including his wife Suzanne.