50 Years on the Block Plan

The Block Plan 2020 celebration marks the 50th anniversary of Colorado College’s innovative one-class-at-a-time academic system. Block Plan 2020 involves a year of celebratory events and programming, including three interconnected media projects — a documentary film, a podcast, and book — that aim to capture the innovative vitality of the faculty and staff who founded the Block Plan. These will illustrate the impact and sense of unity that the Block Plan has had and continues to have on the faculty, staff, and students, as well as looking at what lies ahead for it in the next 50 years. 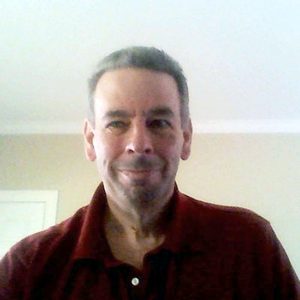 Nelson Hunt ’71 submitted his story about the “real” reason the Block Plan came about.

“Over the years. I have read with great interest the stories about the success of the Block Plan with many well deserved plaudits, particularly to Professor Glenn Brooks for his role leading the charge for change. During the intervening 50 years there has been nary a word or acknowledgment of my somewhat peculiar but nevertheless integral contribution to not only the process but also to the conception of the plan itself. My time is nearing its end (not immediately, I hope) so it falls to me to salute myself and about 20 of my co-students.

My story commences in my sophomore year when I enrolled in Political Science 101 taught by Professor Brooks. My recollection is that it was a Tuesday/Thursday class for 90 minutes starting at 9:30 a.m. Professor Brooks was his usual enthusiastic self, looking forward to instilling his love of the subject matter into what he hoped was our equally enthusiastic thirst for knowledge. For our part, we were ready to have our notebooks full of his pronouncements, which we could regurgitate at exam time before departing for lunch and other important diversions. The stage was set for a collision of expectations.

As a group, we were singularly unresponsive to our leader’s attempts to engage us in a stimulating intellectual discussion. Our disinterest was apparent from the first day. Professor Brooks clearly and cordially laid out his plan for us and we politely nodded in agreement but remembered we had heard that before and settled in for an unstimulating lecture. It was as if we knew that we would win out in the end and that we would not have to stretch our intellect or his.

This stalemate went on for days, then weeks, then months. Professor Brooks’ frustration with our silence was evident, though polite. He tried everything — calling on us, dark humor about current events and politicians (and there was much to discuss in those rowdy days but not for us in a classroom setting), asking us what would work to get the discussion going. He even invited the entire class to his house for dinner and an evening informal discussion. Nothing worked.

Near the end of the semester, rumors surfaced that Professor Brooks was so frustrated with us that he was working on a revolutionary idea: revamping the curriculum!

The Block Plan was born and its success has been well documented except for this totally true story of its birth. I often wonder what would have happened had Professor Brooks succeeded in his desire for us to escape the lecture, notes, exam syndrome and participate in his efforts to get us to think for ourselves. Perhaps no Block Plan — ever.

So, I am ready to accept the credit and thanks due our class for being the genesis of that truly great advancement.

You are totally welcome. (And yes I did graduate!)”

Read stories and watch videos about the impact of the Block Plan at coloradocollege.edu/blockplan50

Share a story of your time at CC on the Block Plan.