Two Doctors in the House

Alumni Siblings Get Up Close With COVID-19 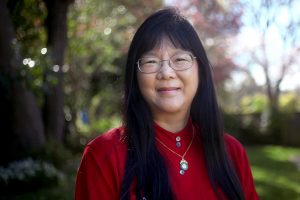 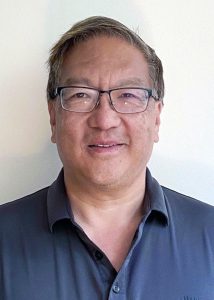 When I ask Margaret Liu ’77 if she’d be open to a COVID-related interview, she says I should be speaking with her alumnus brother, the surgeon, “who’s been on the frontline of actually caring for patients.” When I ask Paul Liu ’81 for an interview, he tells me the opposite.

“It’s just that her technology may be responsible for a vaccine,” he says, laughing.

Ultimately, both have played, and continue to play, important and interesting roles in this pandemic.

An M.D. with an honorary Doctorate of Science from CC, Margaret is renowned across the world in the fields of gene-based vaccines, immunotherapy, and global health. She’s been given the moniker, “the mother of DNA vaccines,” due to her pioneering research 30 years ago, and these days she’s working with the World Health Organization to write regulatory guidelines for DNA vaccines — a process that started way before COVID-19, but has since been accelerated. As chairman of the board of the International Society for Vaccines, she’s also helping organize a series of virtual congresses that will provide updates about the various vaccines and address issues including safety, challenge studies, global supplies, and more — and being interviewed on similar topics by national media such as “Good Morning America” and National Geographic. She also was a panelist on the CC Conversations virtual event called “Facing the Pandemic” on July 16.

With her background, she’s clear that this is a “very scary pandemic. It’s gone around the world and is continuing to increase in ways that we really haven’t seen before.” What’s encouraging for her though is how people across the world are coming together to find solutions. “There’s nothing in this type of precedent of companies all working together, first of all, this extensively, and not with the speed and timetables that everybody’s talking about.”

What’s technologically feasible today, she says, is so different from the past — whether we’re looking back to the Spanish Flu of 1918, or even the many polio vaccine attempts between the 1930s and 1960s. These days, one company might develop a certain technology, she explains, and another with different expertise can work with them on manufacturing.

While the capabilities for companies to work together are helpful for finding a vaccine, there’s still a long road ahead.

“I think there’s just a lot that’s not known about the virus and about pathophysiology — how does it cause the disease, and why is it so different in different people?” she says. “This really isn’t just another influenza. People should never make that mistake and say, ‘Oh, well, we have so many people who die of the flu every year. What’s the big difference?’ This is really a different pathogen, and so we really do need to make all the efforts we can both for a vaccine and for treatments.”

When it comes to individual treatments, that’s more of Paul’s expertise. (He, like Margaret, obtained his M.D. at Harvard Medical School.) As the chair of the Department of Plastic and Reconstructive Surgery at Rhode Island Hospital at Brown University — and CC’s 2016 Louis T. Benezet Award winner — he’s been in a state in the Northeast that, as he says, “got hit pretty hard fairly early on.”

“Mostly, everybody thinks of nip/tuck when they think of plastic surgeons,” says Paul, “but we do a lot of reconstruction work and pediatrics work too.”

He and another surgeon began using 3D printers with Brown engineering students and other staff to print PPE. He cooperated in converting hospital units into hot and cold zones, and “minimized contact” with his family.

For three months, “I would strip out of my scrubs in the garage and run naked through the house until I got to my shower. … I felt that I was putting my family potentially at risk by going into the hospital every day, so we tried to be safe about those sorts of things.”

Paul also helped Rhode Island Hospital draw up staffing plans to convert the convention center into a field hospital. “That was a prodigious effort where they made 550 extra beds, each with its individual hardwired oxygen supply and negative pressure. … And, fortunately we didn’t need it.

“Well … let me rephrase that: we haven’t yet. We’re keeping it up and potentially fully operational until mid-or-late winter when we’re sure that we have survived the combination of influenza and COVID.”