L. Song Richardson, currently the dean and chancellor’s professor of law at the University of California, Irvine School of Law, was unanimously selected as Colorado College’s 14th president by the Board of Trustees on Dec. 9. Richardson, a legal scholar, educator, lawyer, and expert on implicit racial and gender bias, will assume the presidency on July 1, 2021.

Her selection was announced via a video that included an introduction by trustees and perspectives from the CC student body, faculty, and staff, as well as a message from Richardson to the CC community.

Richardson, who is Black and Korean, will be the first woman of color to hold the presidency at Colorado College. When she was appointed to her current post at the University of California, Irvine School of Law in January 2018, she was the only woman of color to lead a top-30 law school.

Richardson says she wasn’t looking to leave UC Irvine School of Law, but she felt deeply connected to Colorado College’s people, core values, and sense of purpose. CC’s commitment to diversity, equity, and inclusion, its initiatives to increase access for students, and its dedication to sustainability and innovation were among the factors that drew her to the college. Each time she met with members of what she calls “CC’s extraordinary community,” Richardson says her excitement about the college grew.

“I never dreamed that I would be leaving UCI Law, a community that I adore and a school that has achieved unprecedented success in less than 11 years of existence,” Richardson says. “But then I was introduced to Colorado College. Everything about CC resonated with me. The more I learned, the more intrigued I was by this community of innovative changemakers and problem-solvers.”

“Dean Richardson’s research into racial and gender bias, her thoughtful scholarship and voice on policing and safety, and her dedication to building resiliency in students will move CC’s antiracism and innovation efforts forward as an institution,” says Acting Co-President Mike Edmonds, who has been serving with Acting Co-President Robert G. Moore since former President Jill Tiefenthaler’s departure in July. “Her passion for this work will propel our graduates forward to create solutions to some of the most challenging issues in our country and in our world.” Edmonds is the first person of color to serve in the presidential capacity.

Prior to becoming dean at UC Irvine School of Law, Richardson served as interim dean and senior associate dean for academic affairs. She holds joint appointments in the Department of Criminology, Law, and Society and in the Department of Asian American Studies. She received her Bachelor of Arts from Harvard University and her Juris Doctor from Yale Law School.

Richardson’s interdisciplinary research uses lessons from cognitive and social psychology to study decision-making and judgment. Her scholarship has been published by law journals at Harvard, Yale, University of California-Berkeley, Cornell University, Duke University, and Northwestern University, among others. She is working on a book that reflects on the current reckoning with anti-Blackness that is occurring across the U.S. and its implications for law and policy.

Richardson’s legal career included partnership at a criminal defense law firm and work as a state and federal public defender. She was an assistant counsel at the NAACP Legal Defense and Educational Fund, Inc., and a Skadden Arps Public Interest Fellow with the National Immigration Law Center in Los Angeles and the Legal Aid Society’s Immigration Unit in Brooklyn, New York.

She has won numerous awards and recognitions. She was honored for contributions to legal education through mentoring, teaching, and scholarship; was named one of the top women lawyers in California; and was chosen as one of the two most influential Korean Americans in Orange County, California.

In CC’s introductory video, Richardson speaks candidly about her personal journey, including training to be a concert pianist as a child, having a debilitating fear of public speaking, and understanding what it’s like to feel like an impostor. She says she created her own “Block Plan” while in law school — although she didn’t call it that at the time — by reading everything she could about public speaking and putting herself in positions where she had to address audiences, even though it was extremely uncomfortable, in pursuit of her dream of becoming a civil rights lawyer. Additionally, her hours of piano practice paid off: Richardson is a classically trained pianist who performed twice with the Boston Symphony Orchestra and won numerous major piano competitions, including the Boston Symphony Orchestra and Harvard-Radcliffe concerto competitions.

Jeff Keller ’91, P’22, vice chair of CC’s Board of Trustees and chair of the presidential search committee, says input was gathered from a group of more than 100 trustees, faculty, students, staff, and alumni to determine characteristics the search committee should seek in the next president. Additionally, more than 700 members of the CC community, including alumni and families of CC students, provided input through an online survey. “The findings from the feedback gathered made it clear that CC’s next president must be committed to maintaining and advancing the college’s sustained academic rigor and distinctive educational approach, broad creativity and innovation, and an unfaltering commitment to diversity, equity, and inclusion, and antiracism initiatives,” he says. 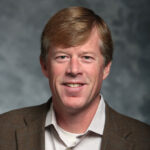 Dean Richardson is incredibly accomplished, with a track record of always leaning passionately into opportunity. She fits with our students, who are adventurous by nature, with a desire to take bold but carefully thought-out risks.” – Jeff Keller ’91, P’22, vice chair of CC’s Board of Trustees and chair of the presidential search committee

“We have found the right person at the right time for Colorado College.”

CC Student Body President Sakina Bhatti ’22 says Richardson is what Colorado College needs. “Her passion for understanding racial and gender bias are particularly fitting as we educate students to address the challenges of our time.” Citing Richardson’s knowledge, charisma, dedication to students and ability to further Colorado College’s commitment to antiracism, Bhatti says she’s “beyond excited” to have Richardson join the CC community as its new president. 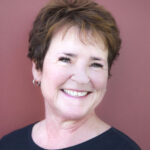 She is authentic and accessible, a scholar committed to building the resiliency, depth, and breadth of students, and a changemaker who will shift CC and our future graduates forward on the path toward antiracism, access, and even greater academic excellence.” – Susie Burghart ’77, chair of the Board of Trustees

Director of Performing Arts and Associate Professor of Music Ryan Bañagale ’00 says Richardson has “outstanding qualities that make her the unquestionable choice to lead CC into the future.” He notes her past administrative experiences have resulted in meaningful dialogue on difficult issues such as race and social justice, leading to important shifts in institutional culture. Bañagale says the incoming president is an outstanding teacher and engagingly effective communicator who understands that the solutions to many of the current challenges facing humanity will come from multidisciplinary creativity and collaboration. One of Richardson’s greatest strengths, says Bañagale, is “the value she places on learning and working across differences with empathy and an open mind.”

Rochelle T. Dickey ’83, P’19, acting dean of students and acting vice president for student life, says as a student at CC, she co

uld never have imagined a president who shares her identity as a Black woman. At that time, she says, it was even hard to imagine a female president. “Song brings so much to the table,” says Dickey. “Song Richardson inspires me just as she has inspired so many others.”

The board confirmed Richardson after a nine-month nationwide search conducted by a presidential search committee that included trustees, faculty, staff, and students. The committee considered highly accomplished leaders from a pool of more than 150 applicants with diverse backgrounds.

Richardson and her husband, artist Kurt Kieffer, plan to move to Colorado Springs in the coming months. “I am honored to join CC and the Colorado Springs community, and look forward to building a bright future together,” she says.

Richardson succeeds Tiefenthaler, who served as president for nine years and is now the chief executive officer of National Geographic Society.