Colorado College has named three new members to the Board of Trustees following its June 2022 meeting: Lilly Chen ’19; Jena Graber Hausmann ’93; and Vicente Blas-Taijeron ’24. The trustees began their terms on July 1.

“The Board of Trustees is thrilled to welcome Lilly Chen, Vicente Blas-Taijeron, and Jena Graber Hausmann,” says Jeff Keller ’91, board chair. “We are so fortunate to have so many talented, qualified alums and students who have such a strong desire to serve their school. I look forward to serving with all of them.” 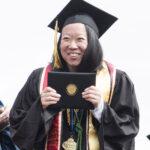 Lilly Chen ’19, who will serve as the young alumni trustee, is the CEO of Contenda, a technical content marketing startup based in Philadelphia. During her time at Colorado College, Chen majored in mathematical economics, co-founded the school’s Esports team, and received several accolades, including the Ray Werner Prize for most outstanding thesis. Since her graduation, Chen has worked as a software engineer at multiple companies, including Facebook Reality Labs. 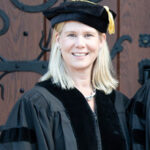 Jena Graber Hausmann ’93, who was elected to the alumni trustee position this year, has served as the president and CEO of Children’s Hospital Colorado since 2015. Hausmann majored in political science, and in 2019, she received an honorary Ph.D. from Colorado College. She serves on several boards, including the Children’s Hospital Association of America, the American Hospital Association Region 8, and the Denver Museum of Nature and Science. 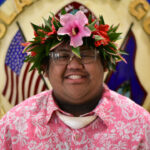 Vicente Blas-Taijeron ’24, who will serve as the student trustee, is a feminist and gender studies major and race, ethnicity, and migration studies minor. He is a diversity, equity, and inclusion lead for the Student Government Association and a fellow for the Chaplain’s Office. Blas-Taijeron was one of six Colorado College students this year to be selected for the Benjamin A. Gilman International Scholarship.