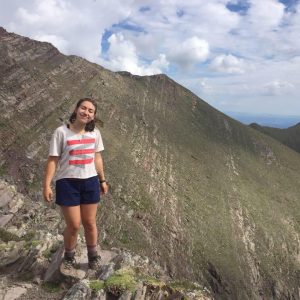 I come from the heartland of the Midwest, also known as the great state of Missouri.  After an Idyllic midwestern childhood of baseball autumns and humidity out the wazoo I immigrated to the desert.  Despite hopes of attending a small liberal arts college, I defied my own wishes and attended Arizona State, the largest University in the country.  I became a bonafied desert rat during my desert dwelling and took up climbing rocks which I have kept as a hobby here in Colorado.  After several panic attacks in the midst of 70,000 college students I uprooted my life to come to Colorado College.  Here, I spend my time playing bluegrass guitar, making jewelry, policing freshman (I’m an RA) but mostly I’m just a college hooligan trying my best to make out there in this crazy world. 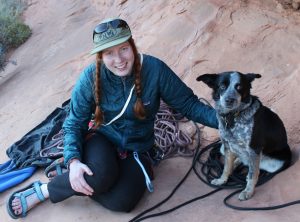 I’m an outdoorswoman, a writer, a scientist-in-training and an environmentalist. I’m a sophomore at Colorado College, working towards a degree in Organismal Biology & Ecology and a minor in Journalism. Growing up in Anacortes, Washington, a small town on a quasi-island in the Pacific Northwest, I spent a lot of time wading in tidepools and running through forests, searching for seastars and slugs. I was curious about the natural world and people’s place in it. After moving to Colorado Springs, that hasn’t changed. The world is both a problematic and beautiful place, and I wish more people knew it. 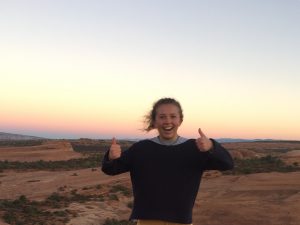 As a first-year student at Colorado College, I am interested in studying either environmental studies or sociology. I was able to spend a semester in high school studying the effects of colonialism and apartheid in southwestern Africa, which sparked my interest in social and environmental justice, as well as experiential learning. Having lived in Atlanta for the past ten years, I have grown to love the advantages of living in a big city, but I am looking forward to spending the next four years at a small school and spending time in the mountains. In my free time, I love reading music journalism, making collages, and taking photos. 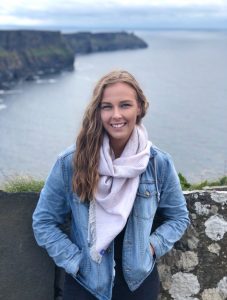 I am an Organismal Biology and Ecology major and Environmental Issues minor at Colorado College. Originally from Seattle, growing up I spent a lot of time outside exploring in the Pacific Northwest which helped found my deep love for the environment. I have always known I want to spend my life protecting our natural world. As a biologist, I firmly believe one of the most critical elements facing scientists today is the necessity to blend biological sciences with succinct and moving communication in order to inspire responsible public environmental stewardship. 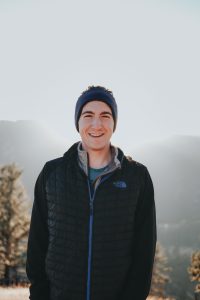 I was born in Boulder Colorado. My parents made the pilgrimage in the 70’s and converted to Buddhism shortly thereafter. I spent the better part of my childhood steeping in this crockpot of corn-fed charm and hip ideals. It is up for interpretation if my love for cold weather, ultimate frisbee and slam poetry stemmed from this simmer.

I came to Colorado College last fall, after briefly dropping out of the University of Missouri Journalism School to ski. I now study Geodesign, an iterative planning method, which uses geospatial data and stakeholder input to create sustainable design. 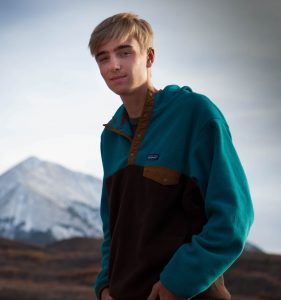 Growing up in Western Colorado, I always took the forests, the unchecked rivers, and the unobstructed views for granted. As the naivety of childhood fell away, I was distraught to see that the wilderness I valued above almost anything else was not constant.  I realized that the Crystal River that I swam in never reached the ocean. I watched as housing and commercial developments pushed back the forest. When something shapes you, it becomes part of you. I can’t imagine a world without the landscapes that shaped me. I want to share my passion for the environment and educate people so they can understand the importance of our landscapes. 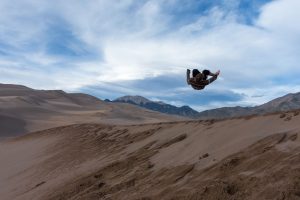 My name is James Kade Broyles. I grew up in Santa Fe, New Mexico, surrounded by piñon trees, blue skies, and the opioid epidemic. I am passionate about the Rocky Mountains and the stories of the humans who live in them. I have worked on dude ranches, surf hostels, hunting lodges, and ski hills. I have lived in converted school-buses and off-grid cabins. I currently attend Colorado College. 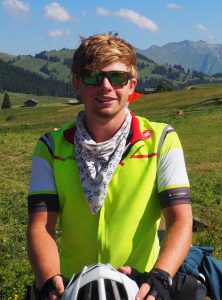 My mother is from Italy and my father is from Atlanta, Georgia. I grew up in Atlanta and went to the Atlanta International School, where I began my French studies when I was four years old. I also began learning how to play violin. Junior year I transferred to McCallie, a boarding School in Chattanooga, Tennessee. This was a huge change in my life, but it was the best thing that had ever happened to me. In high school, I ran cross country, played soccer, joined the rock-climbing team, and ran track. Throughout my life, I have been intrigued with the outdoors. I enjoy mountain biking, fly fishing, hunting and other outdoor activities. For this reason, I am interested in taking this course on Journalism in the west. Since I have spent my entire life learning about climate in the southeast, it would be interesting to learn about environmental problems out west and be able to report on them. This is a new kind of hands-on learning I still have not taken part of and am prepared to take full advantage of it. 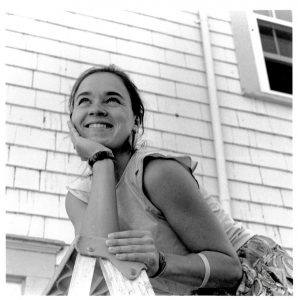 I am a student, writer, and environmental educator who splits time between the cold, historic lanes of my hometown in Boston, MA and the mountain-shadowed Colorado Springs, CO. I study Creative Writing for Social Change and Education at Colorado College, where I’m currently at work on a short story collection. My fiction explores themes surrounding gender and climate change, and has been recognized by literary journals across the United States. I am also a former production intern at PRI’s Living on Earth, where I reported on issues such as climate refugees, organic agriculture, and rising seas. In my free time, I garden, bike, and drink tea with friends. 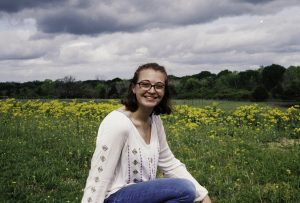 I have become incredibly passionate about film and using it as a method of communication and education. My future goal is to make documentaries that educate the public on all sorts of things. I would love to film profiles of people around the world to show the world that we’re not all that different. But I would also love to showcase those differences. 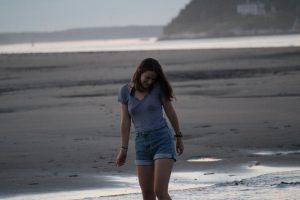 I’m a sophomore from Massachusetts. I’m a neuroscience major because I believe that understanding the brain allows us to understand our bodies, our decisions, and our interactions with others. I’m a possible journalism minor because being a scientist and an effective writer could give me the skills to make complicated scientific concepts tangible to the general public.

Growing up near the ocean made me both aware of and grateful for how wild and beautiful this world is. I love listening to people’s stories and learning from them. In my free time I like to do pottery, cook, be outside, and spend quality time with the people I love.