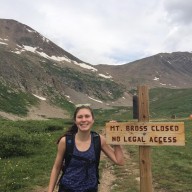 Hi I'm Ingrid. I like hot drinks, chemistry, and hiking in that order. I also always carrying emergency chocolate with me just in case. You never know when someone will need it! 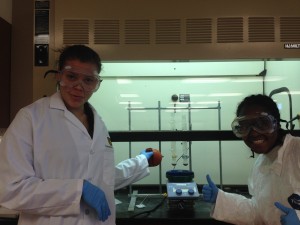 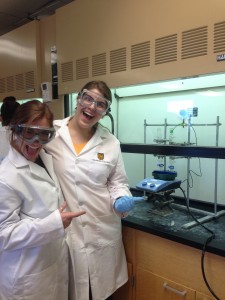 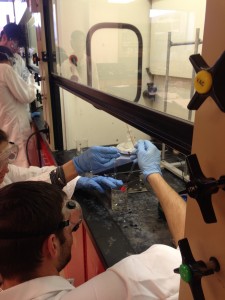 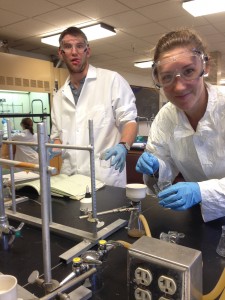 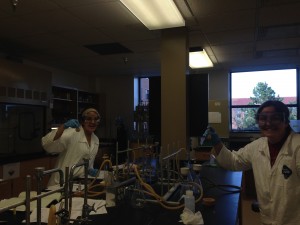 Adventures of Organic Chemistry I

The organic chemistry I students have been hard at work this block learning the foundations of organic structures and reactions. With lecture in the morning and lab most afternoons, the class keeps up an intimidating reputation. This blog, however, will hopefully illustrate that organic chemistry can also be an enjoyable and rewarding experience. I may be a bit biased as organic chemistry is my favorite subject, but it’s hard to argue with some of the pictures I was able to snap of the students this week completing a substitution versus elimination lab and the famous food pairing activity.

The first lab this week was focused on determining which type of reaction was occurring: substitution or elimination. The students worked with condensers for the first time, heating the solvent to its boiling point and then cooling it back down with a water-cooling system to ensure no product was lost by evaporation. To conclude which type of reaction occurred, gas chromatography mass spectroscopy was used to identify the product. A product with a carbon-carbon double bond would indicate an elimination reaction had taken place, while a product with the loss of a leaving group and replacement of that group with a new moiety would indicate substitution. Once all the reactants and solvents were added to a round bottom flask, students heated their mixtures to reflux (boiling) temperature and prepared to time the reaction for exactly 25 minutes. 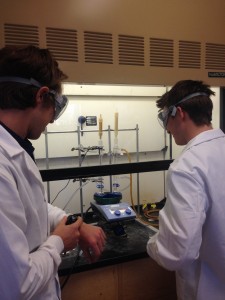 Students time the reaction for 25 minutes. 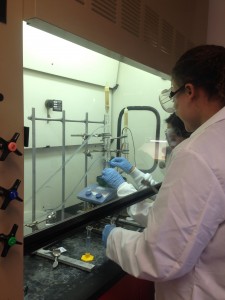 Perfecting the reflux set-up under the hood. 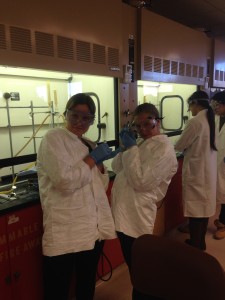 Posing with the product mixture. The reaction was a success!

The next lab involved pairing different foods based on the structure of predominate flavor molecules. After studying the structures of the flavor molecules of selected products and identifying key functional groups, students filled out a food-pairing sheet and began to try different combinations. Many were happily surprised when they found foods with structurally similar flavor molecules paired well together. Some of the students’ favorite unusual combinations were thyme and strawberry, cilantro and clementine, and chili and chocolate. 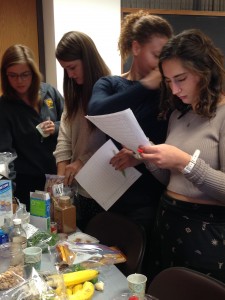 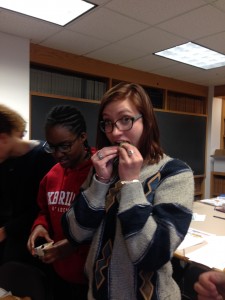 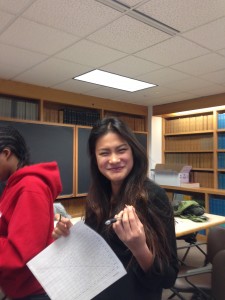 After selectively pairing foods, students were offered the option of trying a miracle berry. These natural products suppress the proton detectors on taste buds, inhibiting one’s ability to taste sour foods, which are acidic (have high proton concentration), and instead replace the sour taste with sweet.

Once the miracle berries had dissolved, students set out trying different sour foods including lemon, clementine, and even vinegar! Although the vinegar tasted strangely sweet, it was still vinegar and didn’t become a class favorite. Lemon, however, was found to taste like delicious lemonade and a whole bag of lemons, previously untouched during the food pairing, quickly disappeared. In all, this week has been great fun and I hope it will continue into third and fourth week! Stay tuned and be prepared for more pictures and perhaps even a video or two of the exciting activities the Orgo I students will be up to this block! 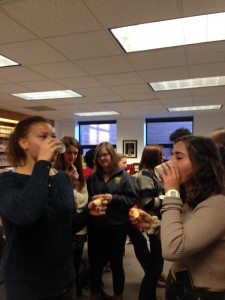 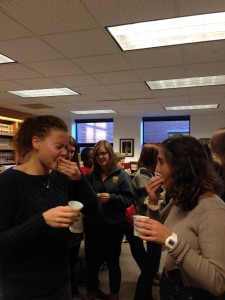 It might be sweet, but it’s still vinegar. Luckily lemon was provided to help with the after taste.