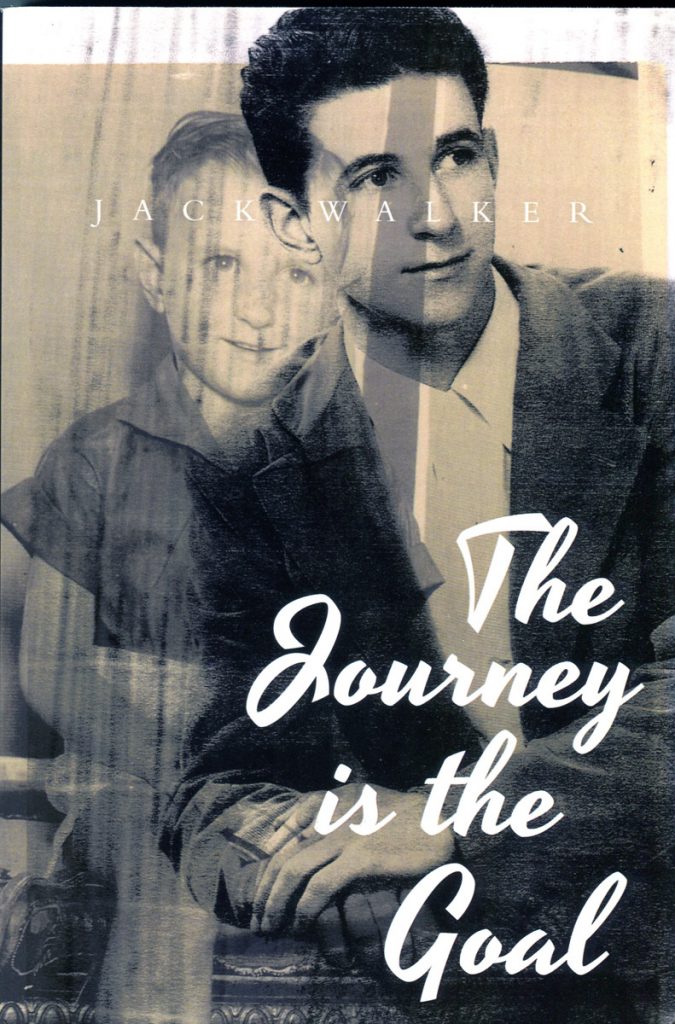 The Journey Is the Goal

Walker chronicles his journey from child to man, a journey that started in Virginia’s Shenandoah Valley during the Great Depression and took him to Colorado, where for the first 10 years of his life he was raised by his maternal grandparents, with stop-offs with foster parents. His formative years were spent in a home for needy children. He dropped out of high school his sophomore year and took jobs that ranged from the oil fields of Wyoming to the fishing boats of California. Eventually he earned a degree in political science from CC on the GI bill. Walker says a later book will include his college experience. Published by Page Publishing Inc., 2018. 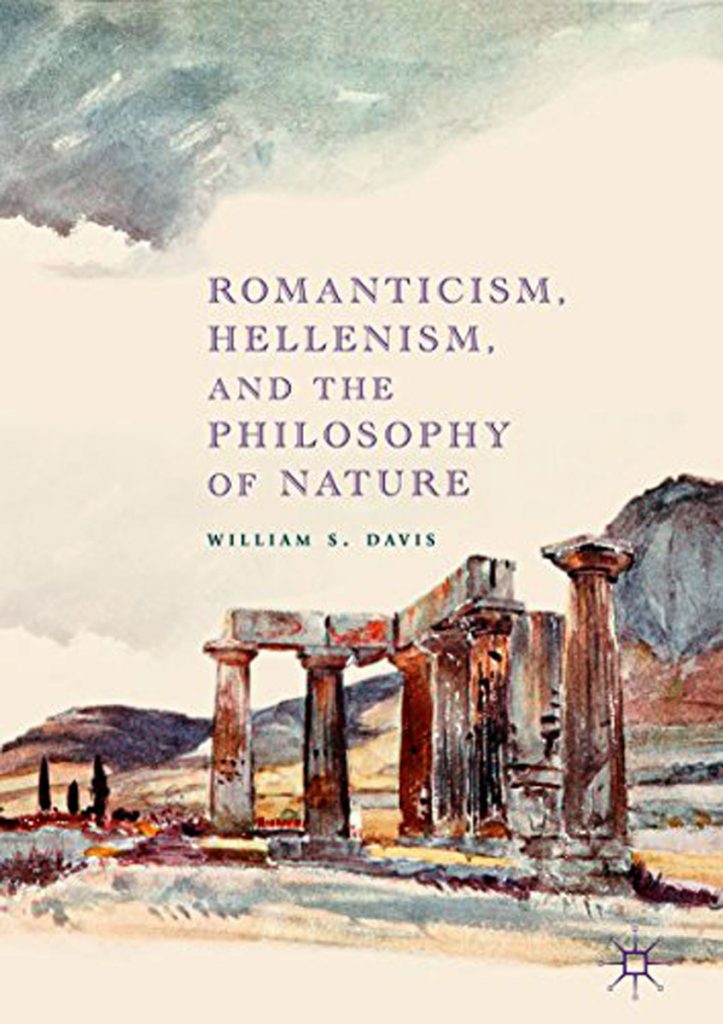 Romanticism, Hellenism, and the Philosophy of Nature

By William Davis, associate professor of Comparative Literature and German

The book investigates intersections between the philosophy of nature and Hellenism in British and German Romanticism, focusing primarily on Friedrich Schelling, Friedrich Hölderlin, Johann Wolfgang von Goethe, Percy Shelley, and Lord Byron. Near the end of the 18th century, poets and thinkers reinvented Greece as a site of aesthetic and social unity, which corresponded with a refiguring of nature as an interconnected web. This vision that allowed people to become “one with all that lives,” along with a Romantic version of Hellenism, functioned as a response to subjective anxiety that arose in the wake of Kant and Fichte. Published by Palgrave Macmillan, 2018. 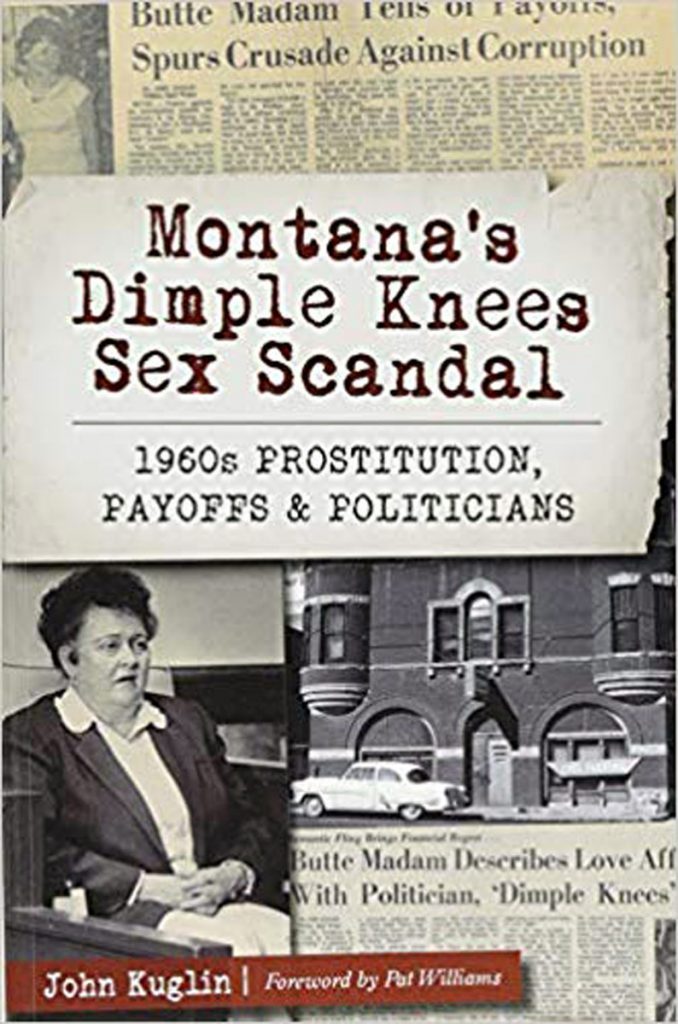 Beverly Snodgrass made a lot of poor choices. Once a prostitute in Butte, Montana, she became a madam running two of the most popular brothels. She fell in love with a crooked politician, whom she nicknamed “Dimple Knees,” who stole her love and then her money. When cops came to her businesses, it wasn’t to serve and protect but to collect payoffs. Snodgrass eventually told her story to Kuglin, who had a 41-year career in journalism, spending 31 of those years with the Associated Press, retiring in 2005 as the AP bureau chief for Montana and Wyoming. Here Kuglin recounts the scandal that for a time made Dimple Knees the most famous name in Montana. Published by The History Press, 2018. 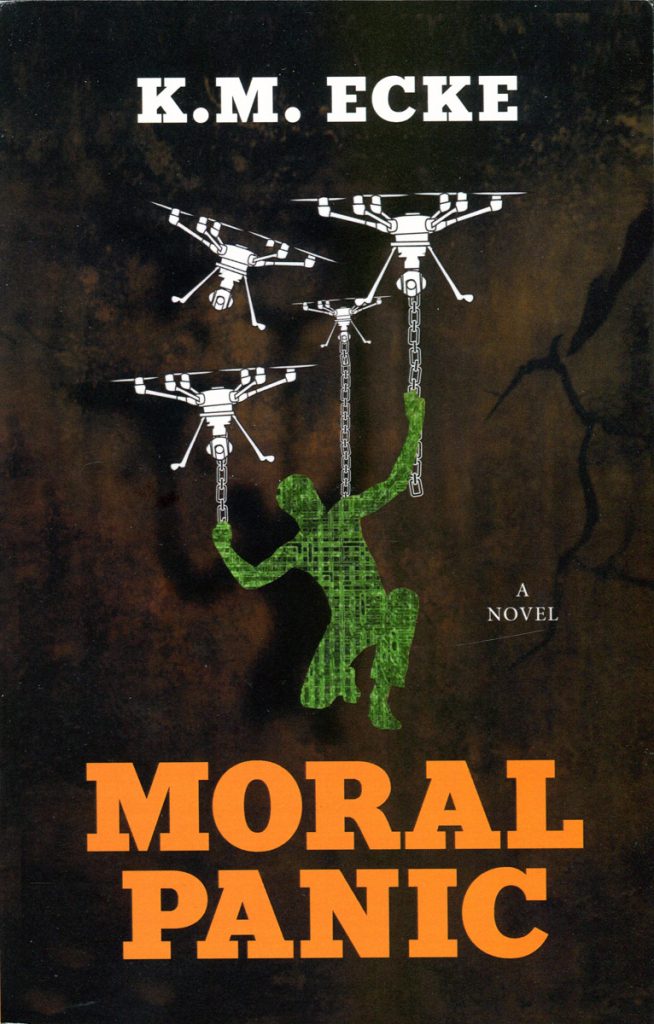 It’s 2025 and Tanner Moore is at the top of his game in the high-stakes world of big technology. At 30, he’s the youngest chief technology officer in the history of Paragon, the largest corporation in the world, and he is about to release the greatest convenience innovation in the history of eCommerce: drone delivery services to every inch of the globe. But when an interview with a journalist is secretly recorded and published by the clickbait media, his fall from grace is swift and brutal. He is fired, publicly condemned as a terrorist for comments he never made, and kidnapped by a mysterious vigilante group using surveillance data to track and kill their enemies. Published by The Dream Flow, 2018. 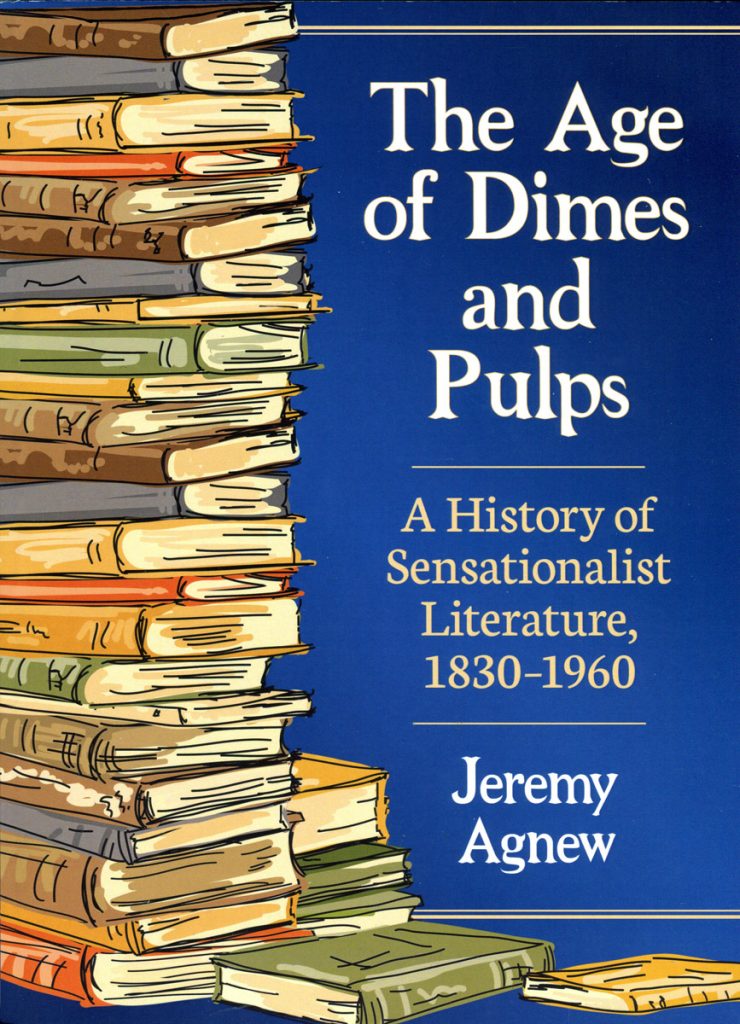 The Age of Dimes and Pulps

Subtitled “A History of Sensationalist Literature, 1830-1960,” Agnew’s book describes how sensational tales filled a need and flowered during the evolving social conditions of the Industrial Revolution. From Civil War-era dime novels to early 20th-century pulp magazine to modern paperbacks, lurid fiction has provided thrilling escapism for the masses. Cranking out formulaic stories of melodrama, crime, and mild erotica — often by uncredited authors focused more on volume than quality — publishers realized high profits playing to low tastes. Estimates put pulp magazine circulation in the 1930s at 30 million monthly. This vast body of “disposable literature” has received little critical attention, in large part because much of it has been lost. Published by McFarland, 2018. 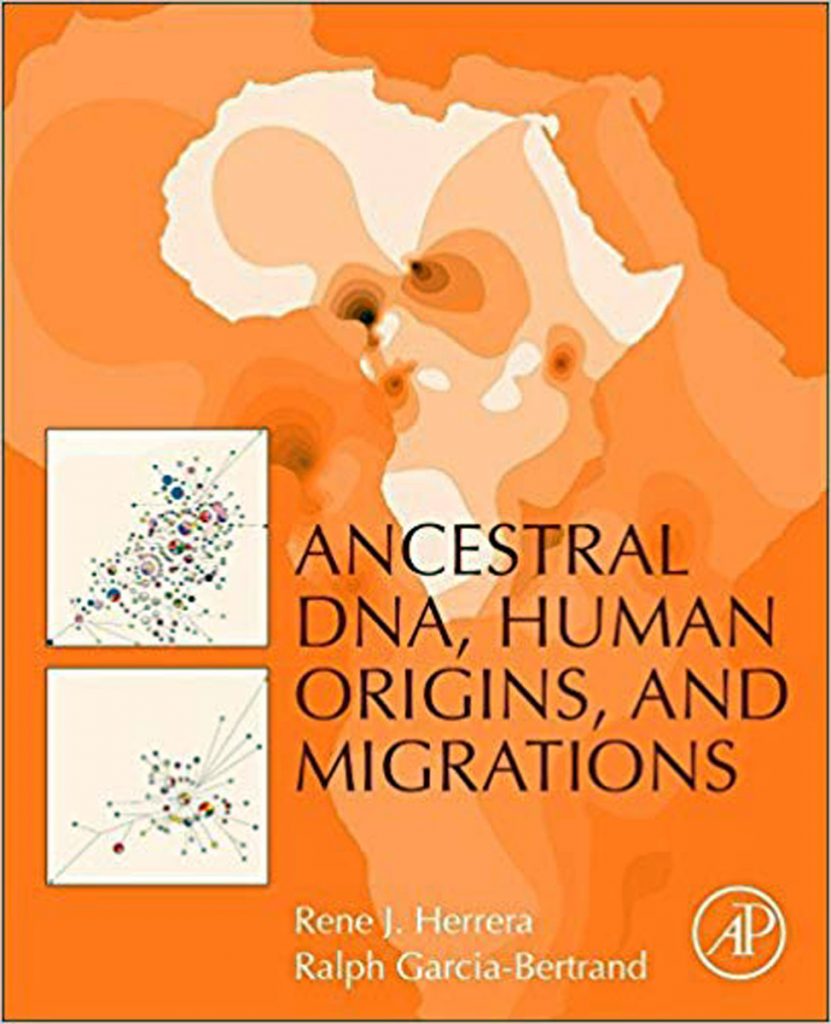 Garcia-Bertrand, the Verner Z. Reed professor and chair of CC’s Molecular Biology Department, and Herrera, formerly a professor in the Department of Molecular and Human Genetics at Florida International University Medical School, describe the genesis of humans in Africa and the subsequent story of human migration from Africa to all corners of the globe. Different phases of this journey are presented in an integrative format with information from a number of disciplines, including population genetics, evolution, anthropology, archaeology, climatology, linguistics, art, music, folklore, and history. Published by Academic Press, 2018. 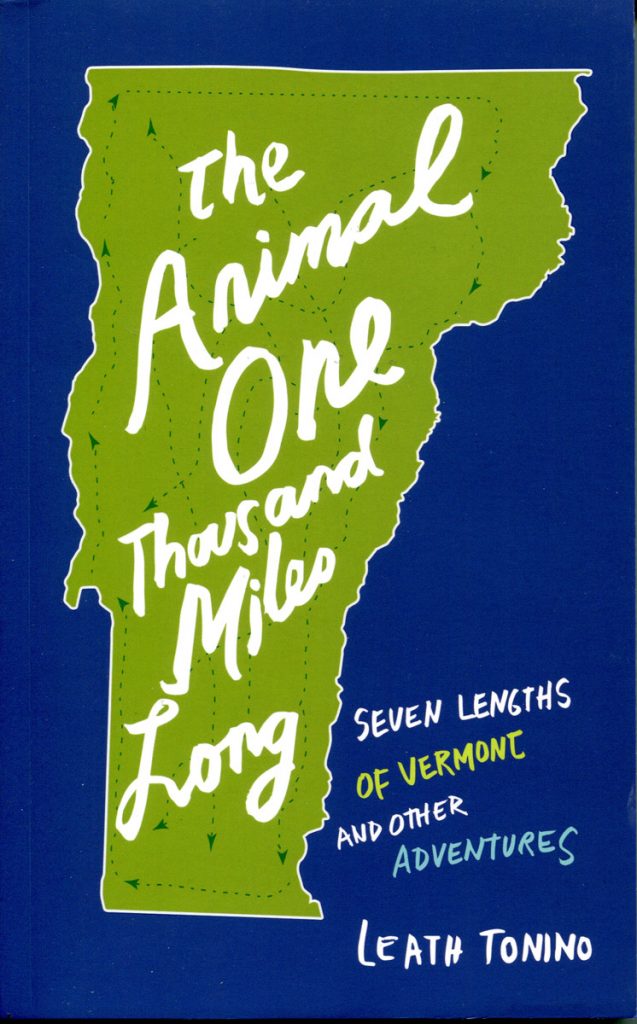 The Animal One Thousand Miles Long

The phrase “an animal a thousand miles long,” attributed to Aristotle, refers to a sprawling body that cannot be seen in its entirety from a single angle. For Tonino, that describes his native Vermont, which he explores in the book’s 20 essays. In “Seven Lengths of Vermont,” he traverses the length of the state seven ways ― a 20-day hike, 500 miles on bike, a 36-ride hitchhiking spree, 260 miles via canoe, 10 days swimming Lake Champlain, a three-week ski trek, and a two-hour “vast and fast” flyover ― plotting each route with blue ink on maps. “Each inky thread was an animal a thousand miles long,” he writes. “Vermont appeared before me as a menagerie.” Published by Trinity University Press, 2018. 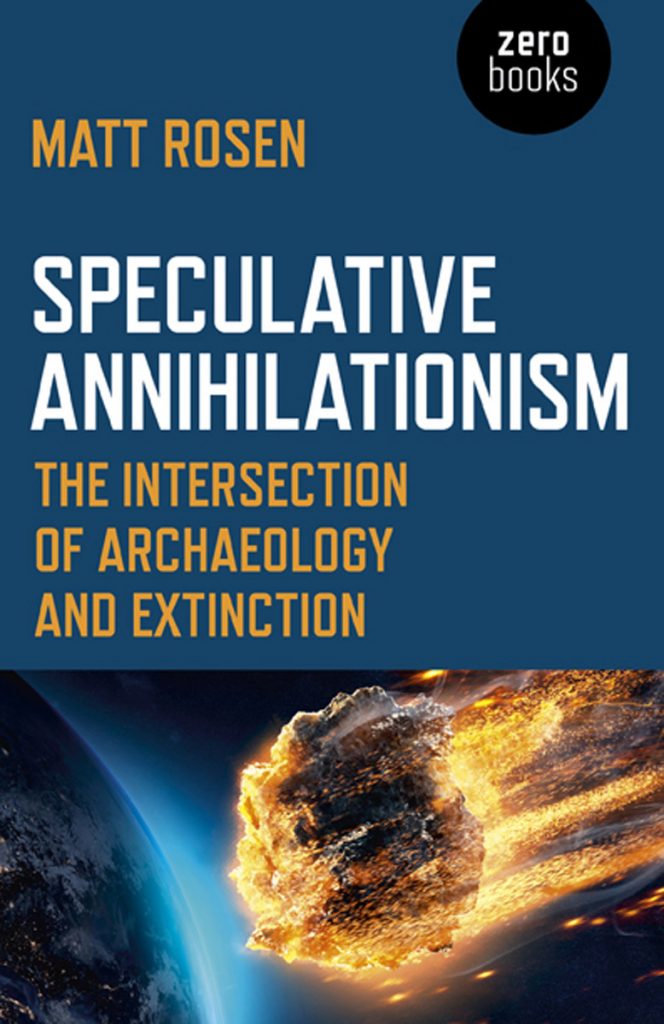 Speculative Annihilationism: The Intersection of Archaeology and Extinction

In this book, CC philosophy major Rosen argues that current approaches to archaeological theory and practice are not adequate to our present age of extinctions. Examining issues in contemporary philosophy, Rosen defends the thesis that archaeological theory can ground itself in a novel ethical approach concerned with the relationship with ‘the Other.’ Combining his work in speculative philosophy and radical traditions of moral thought, Rosen meditates on themes such as the unthought and unthinkable, anonymity, otherness, and meaninglessness, so that archaeology can be granted a new basis at its intersection with extinction. Published by Zero Books, 2019. 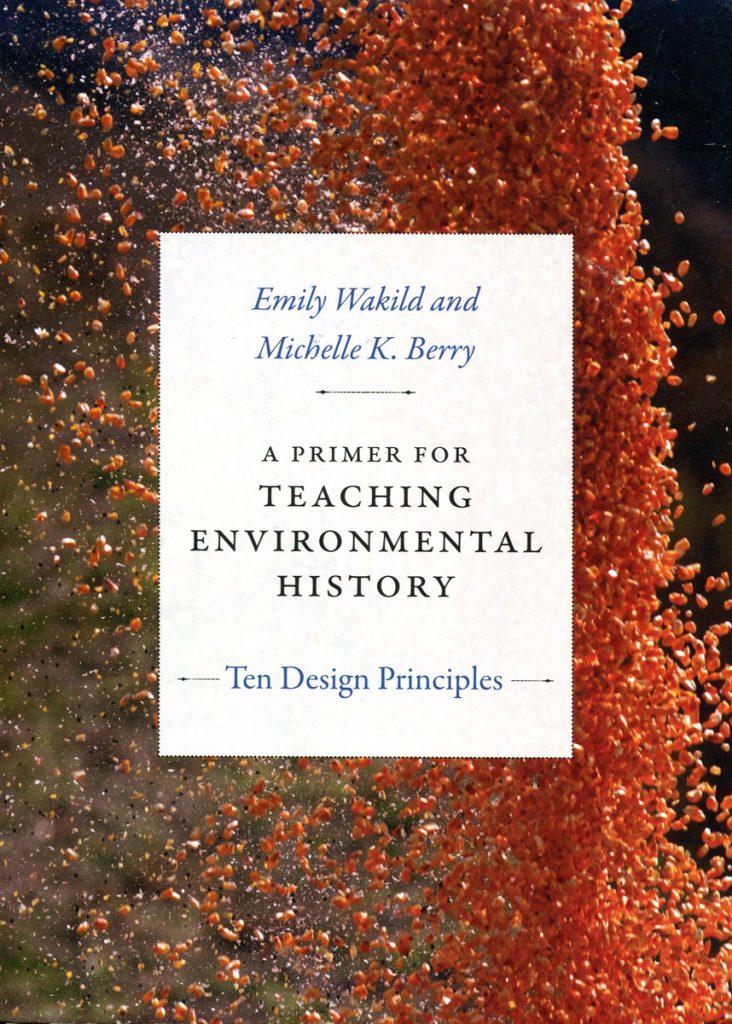 The book is a guide for college and high school teachers who are teaching environmental history for the first time, for experienced teachers who want to reinvigorate their courses, for those who are training future teachers to prepare their own syllabi, and for teachers who want to incorporate environmental history into their world history courses. Berry and co-author Emily Wakild offer design principles for creating syllabi that will help students navigate a range of topics, from food, environmental justice, and natural resources to animal-human relations, senses of place, and climate change. Berry is a lecturer in the Departments of History and Gender and Women’s Studies at the University of Arizona. Published by Duke University Press Books, 2018. 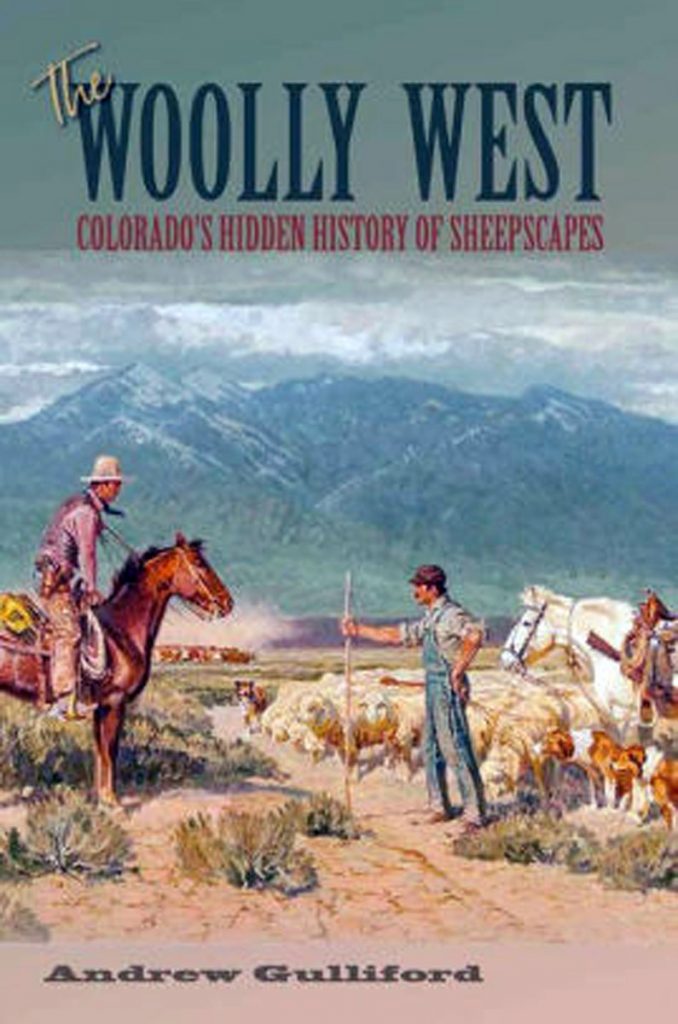 Gulliford, professor of history and environmental studies at Fort Lewis College in Durango, Colorado, describes the sheep industry’s place in the history of Colorado and the American West. Tales of cowboys and cattlemen dominate western history — and popular culture. But in the competition for grazing lands, the sheep industry was as integral to the history of the American West as any trail drive. Between chapters, Gulliford weaves accounts of his interaction with what he calls the “sheepscape” —  the sheepherders’ landscape itself — as he visits with Peruvian immigrant herders and Mormon families who have grazed sheep for generations, explores cairns assembled by shepherds long gone, and ponders the meaning of arbor glyphs carved into unending aspen forests. Published by Texas A&M University Press, 2018. 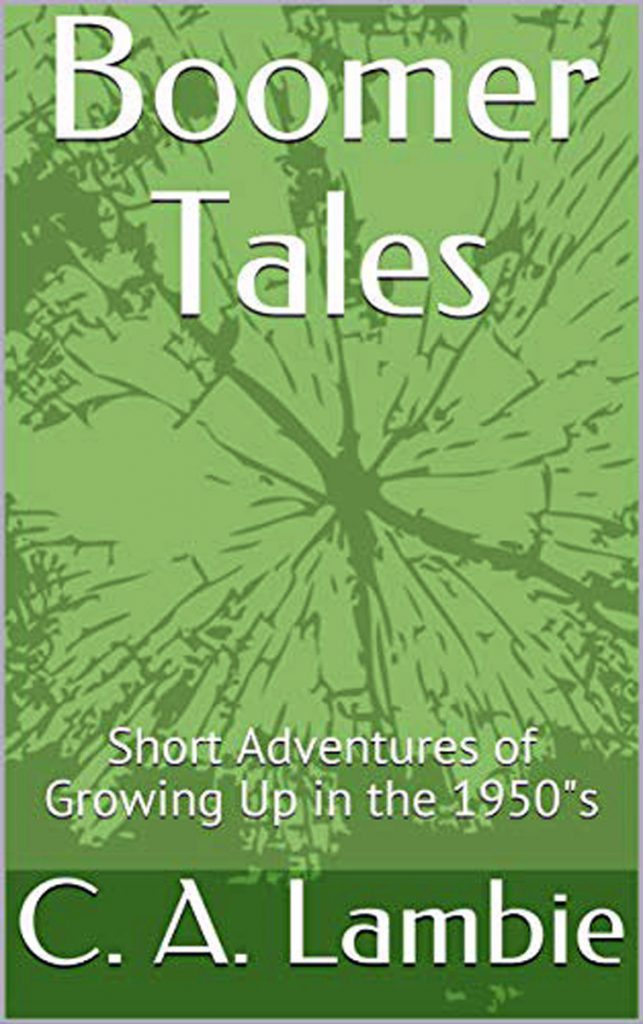 Originally written as a memoir, “Boomer Tales” was not meant to be published, but Lambie’s friends thought others would enjoy the stories about growing up in a different era. Read about transcontinental rail trips, Puget Sound adventures, and stories of a boy struggling to make sense of growing up. The book, covering the years 1950-64, will be followed by as many sequels “as the author’s brain cells permit.” “Hopefully, readers will slow down, relax, and meditate on their own memories. They may be surprised how far back the mind goes and the details that will emerge,” says the author. He notes the book “is especially dedicated to all those Boomers who attended CC.” Published on Amazon Kindle Cloud Reader. 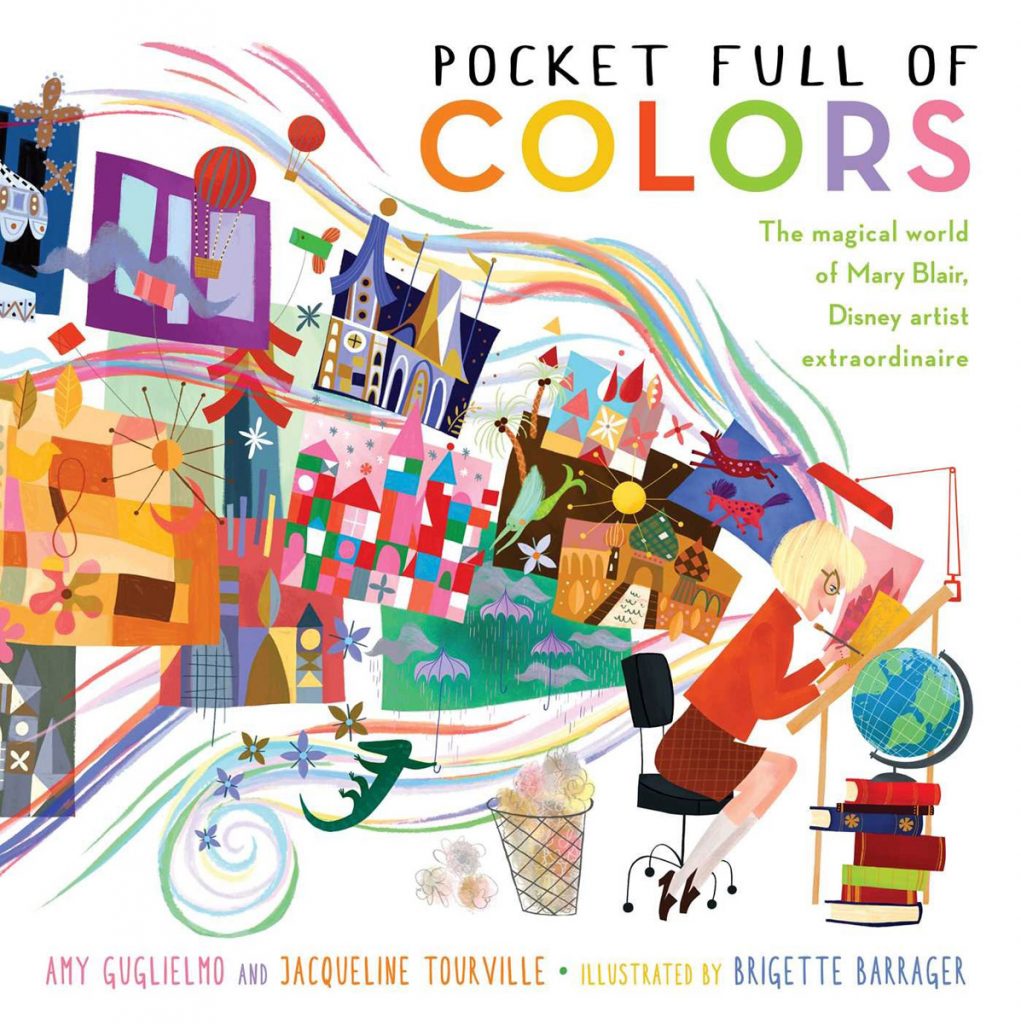 Guglielmo tells the story of the trailblazing Disney artist Mary Blair, from her imaginative childhood to an illustrator, designer, and animator for Walt Disney Studios. Her first day on the job was telling: She wore teal and pink while the other illustrators, all men, wore black, brown, gray, and white — foretelling the resistance to individuality she encountered.  Blair painted twinkling emerald skies, peach giraffes with tangerine spots, and magenta horses that could fly. Among the book’s awards are a Booklist starred review, Christopher Award, Bank Street Best Children’s Books of the Year, Gold Award California Reading Association, CBC Notable Social Studies Trade Books for Young People, and Chicago Public Library’s Best of 2017. Published by Atheneum Books, 2017.