We asked Department Chair and Associate Professor of Mathematics Andrea Bruder
What’s on Your Reading List? 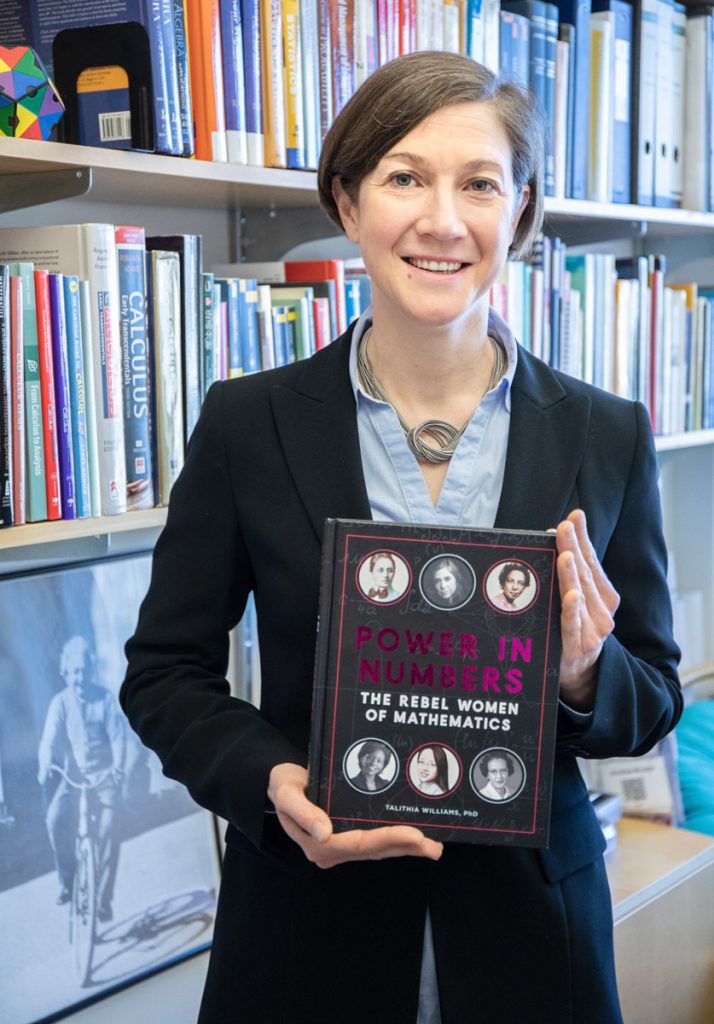 “‘Power in Numbers: The Rebel Women of Mathematics’ by Talithia Williams features biographies of 30 female mathematicians, spanning 300 years of history. Williams showcases each woman’s accomplishments and tells their stories of overcoming significant obstacles in order to be taken seriously. Highlights include the story of 18th-century French mathematician Sophie Germain whose parents took away her light, clothing, and heat to stop her from doing mathematics (with little success!); Katherine Johnson, a black mathematician who in the early days of NASA calculated the trajectories for America’s first human space flight; and Maryam Mirzakhani, the only female recipient of the Fields Medal, the highest honor in mathematics. Additionally, the book contains beautiful illustrations, along with explanations of mathematical concepts for a general audience, ranging from Fermat’s Last Theorem to applied mathematics in cancer research. It’s inspiring to read about this diverse group of mathematicians, but also serves as a reminder that much work remains to be done for mathematics to become a welcoming discipline for all.”