For the past two years, K-12 World Languages Instructional Specialist Marty Slayden has taught a course entitled Cultural and Linguistic Diversity in the San Luis Valley. In October, 2015, students spent one week on the Colorado College campus in Colorado Springs preparing teaching methods for Culturally and Linguistically Diverse (CLD) students, as well as studying the culture and history of the San Luis Valley. 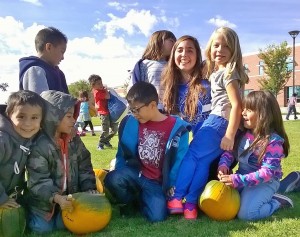 The following two weeks were spent working with English Language Learners (ELL) in the Center Consolidated School District (CCSD) and visiting other schools in the Valley.

Outside of the classroom, the students were exposed to many different perspectives of Valley life. At the end of the second week, there was a panel discussion from a group of community members who helped frame a more holistic view of life in the Valley. 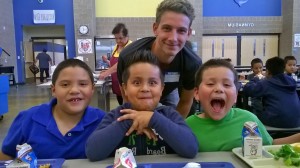 The panel consisted of Aaron Abeyta, a poet and literature professor at Adam State University; Justin Garoutte, a 2012 CC graduate and Garden Coordinator of the South Conejos School District in Antonito, Christine Canaly, a water rights activist and George Whitten and Julie Sullivan, a couple who promotes sustainable ranching in the Valley.

Slayden described the panel as a “pivotal experience” in the class. The participants were “really willing to answer questions on a very deep level and be very open about their lives.”

Toward the end of the third week, CCSD Superintendent Chris Vance met with the CC students for two hours to answer an array of challenging questions. “It was a riveting meeting,” says Slayden. “He gave so much of his time and energy, and the students felt as if he was their hero.”

The integrative and immersive aspects of the class left a lasting impression on both the students of Colorado College as well as the people of the Valley. For the students, the two-week immersion provided opportunities to speak to the panel and Chris Vance, as well as the opportunity for unique and intense practicum work with the ELL or students in the English as a Second Language (ESL) program.

Slayden chose the Center school because she knew it would be a heterogeneous community that would take CC students out of their comfort zones. The student body at Center is highly diverse and many of the students live at or below poverty level. The school also has the highest population of limited English speaking immigrants in the area, due to the available jobs in the local potato industry.

“These schools have enormous challenges that they have to deal with. There are immigrant students who come for two months and leave for six months and then come back. They don’t speak English and they come and they go. It is the most challenging educational environment you can imagine,” says Slayden.

Slayden emphasized that her class was about “understanding what it means to be a resident of the San Luis valley”: a unique approach that most CC students do not normally get to experience.

The biggest impact the CC students have is changing the reputation of the collegiate students who visit the Valley. Often when classes visit the Baca campus or the surrounding communities they come in as outsiders, and view the satellite campus and surrounding area as a “private vacationland.”

“The people that have lived in the Valley for generations have seen outsiders as people who take. Over the years, the outsiders have taken their resources, their water, their minerals, their electricity, taken their culture, and I don’t want the College to be just one of those takers. I don’t want us to just be outsiders. I want us to be a part and give something and make connections,” said Slayden. 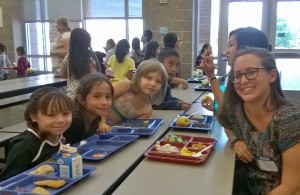 As a class, the CC students wanted to leave a positive and lasting impression on the people of the San Luis Valley. The 2015 class worked together to produce two magazines designed to promote the Center Schools and to illustrate what they learned over the course of the block. By giving the community these products, the students are not only creating a comprehensive representation of the schools, but they are helping create a good name for students of Colorado College.

“I think that it’s very important for these communities to learn about Colorado College. We here think that we’re so important, very selective, highly ranked, and they don’t even know who we are,” says Slayden.

She believes that by working within the schools and the community, the CC students can inspire younger students of the Valley to set goals to attend higher education, perhaps even at Colorado College.

“We do have something that we can offer them: a bigger view of the world, not in a self important, ‘oh we’re so cool’ way, but we could recruit students to come to CC.”

Slayden’s goal, outside of giving her students an incredible teaching experience, is to continue to build the relationship between Colorado College and the people of the San Luis Valley; a project that offers an abundance of learning opportunities and new perspectives for everyone involved. 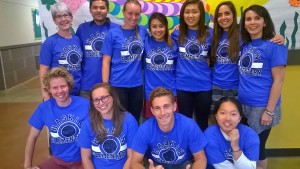 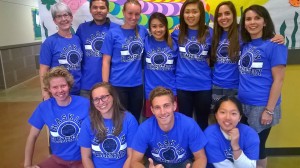 Mary Slayden with her class in Center, Colorado, with Principal Sarah Vance. The group is wearing t-shirts presented to the class as a gift. 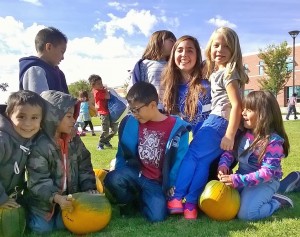 Chelo Barton with students on Pumpkin Day in Center, Colorado 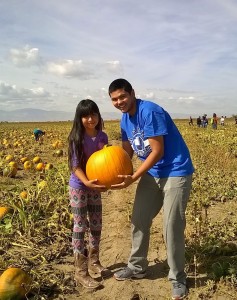 Andy Orozco Rivas and Center student with a prize pumpkin 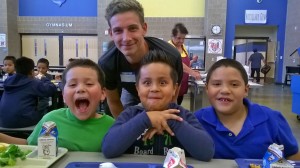 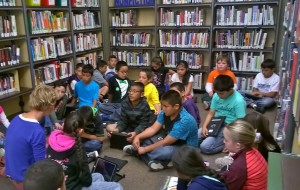 Lykkefry Bonde works with students in the library 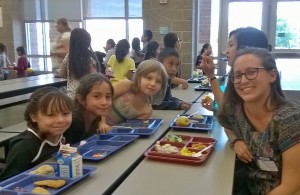 Ruthie Rabinovitch and Jean Sung with Center students at lunch 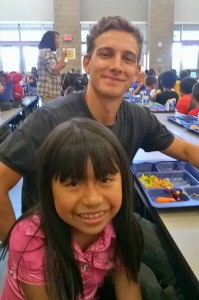 Teddy Rose with student during lunch