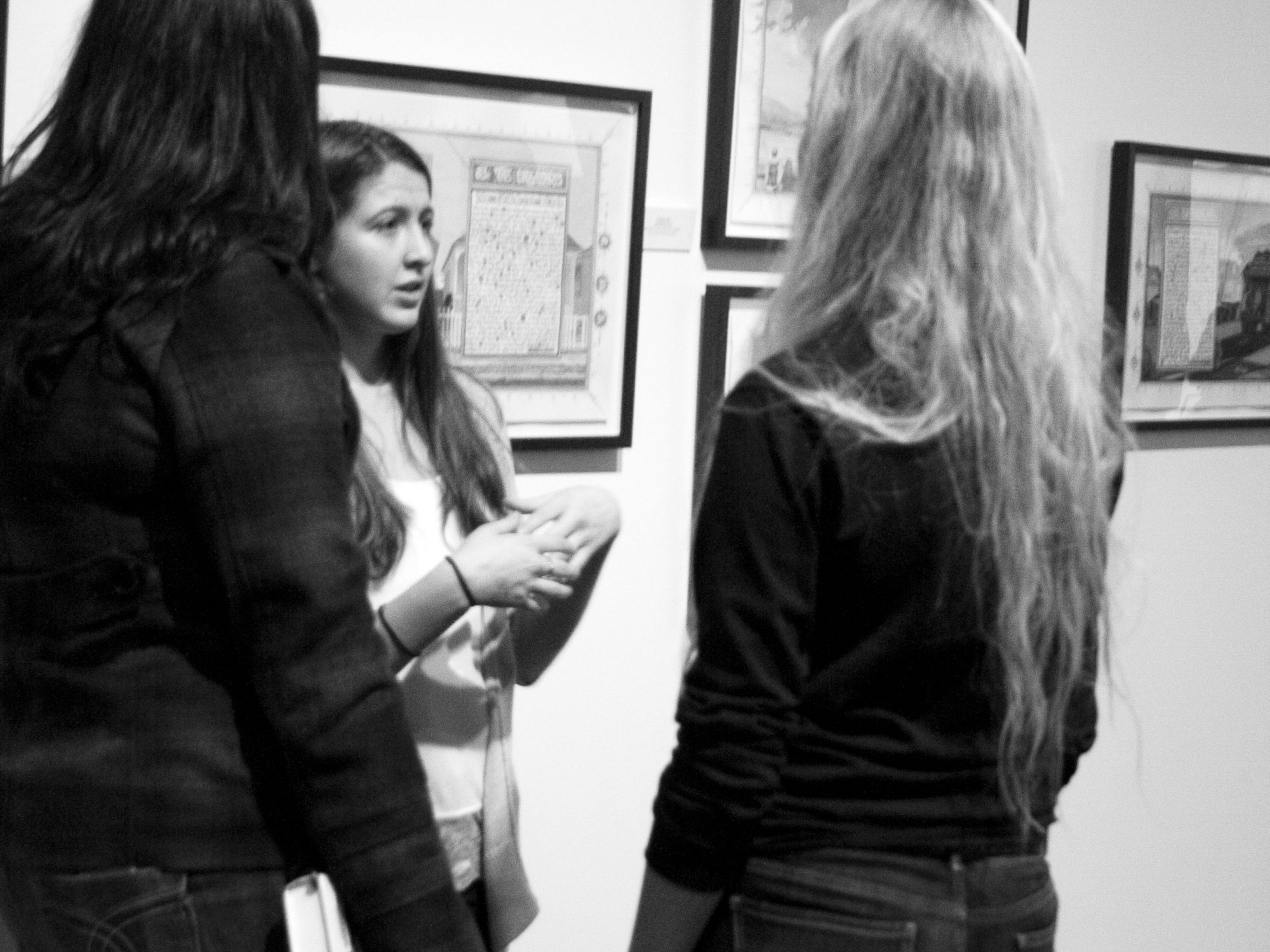 In response to a decade of travel to various Islamic regions of the world and his own research into Islamic religion, American artist Sandow Birk created a large series of codex–like paintings adapting the techniques and stylistic devices of Arabic and Persian painting and albums, blending the past with the present, the East with the West, creating his “American Qur’an”.

Unlike the Gospels of the New Testament – which relate narratives of Jesus’ ministry on earth – the Holy Qur’an is believed to be the verbatim words of God as communicated through the angel Gabriel to Muhammad in the 7th Century CE. Collected together and grouped generally according to length (rather than chronologically), the 114 chapters (“suras”) form a collection of sermon-like “revelations” that are the fundamental text of Islam. 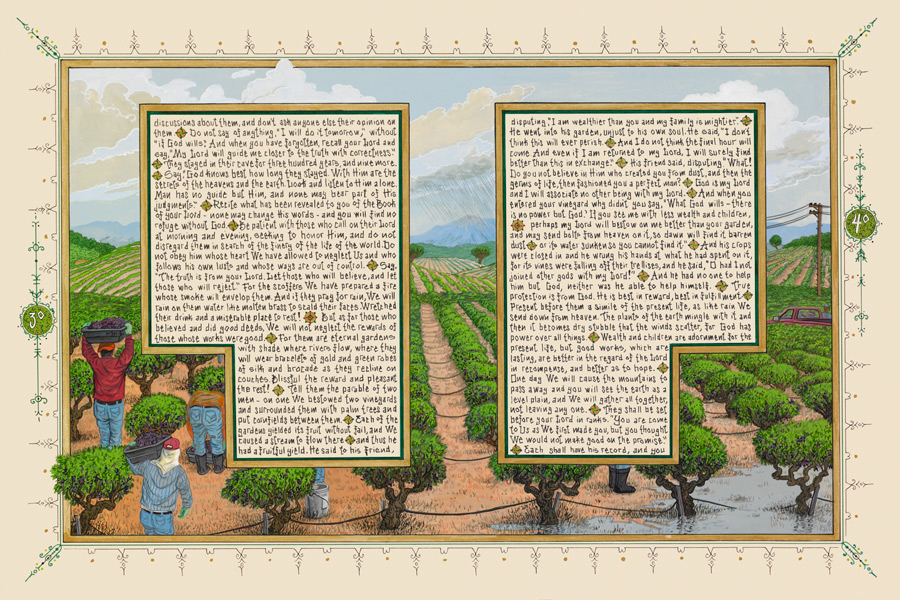 Presented in the form of illuminated verses and using an English translation of the Qur’an in hand rendered text that is an amalgam of Islamic calligraphy and the letters of urban graffiti that he finds around his Los Angelesneighborhood, Birk illuminates the verses with scenes from contemporary American experiences, both at home and abroad. The project, when finished, will illustrate the entire 114 suras of the Qur’an, 83 of which are represented in this exhibition.

At a time when the United States is involved in wars against Islamic nations and declares itself to be in a cultural and philosophical struggle against Islamic extremists, Birk is recreating the Qur’an in his own hand and illustrating it with everyday scenes as a way to reflect on Islam within the context of American culture, and is inviting viewers to do the same.

American Qur’an was organized by the Andy Warhol Museum, Philadelphia, Pennsylvania and is circulated by Curatorial Assistance Traveling Exhibitions, Pasadena, California. Its presentation at Colorado College is sponsored by the NEH Professorship. The exhibition is part of Cross-Currents: Exploring Tradition and Change in the Islamic World, a year-long series that explores contemporary culture and politics of the Islamic world. 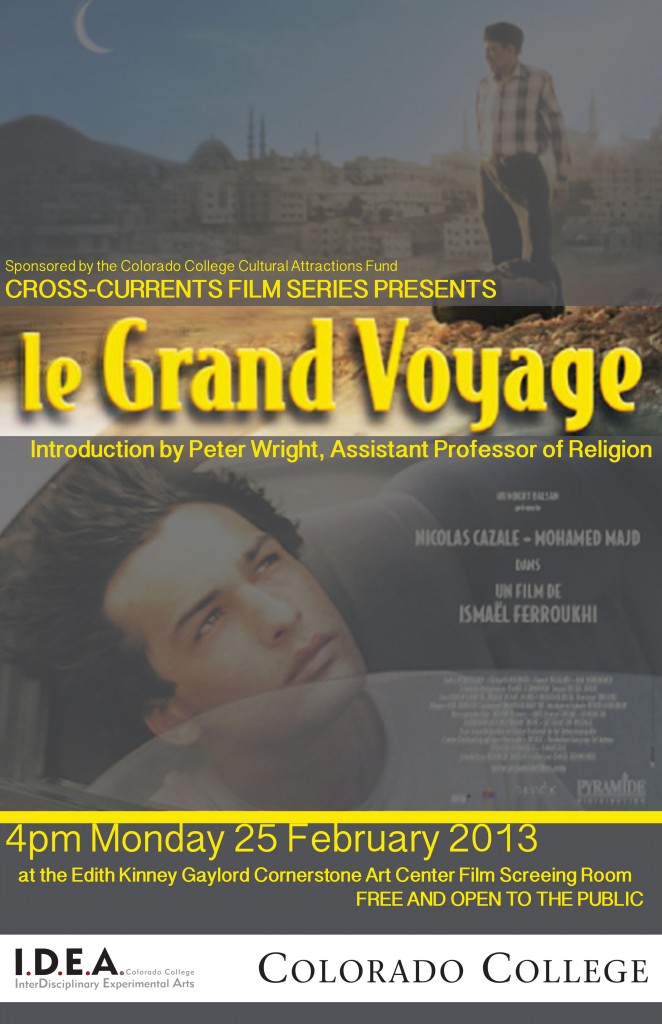 Reda, a young French-Moroccan guy and his old father drive from the south of France to Mecca in

order for the father to do his pilgrimage. At first distant, they gradually learn to know each other.

The film will be introduced by Peter Wright, Assistant Professor of Religion.

Audience members are invited to participate in a discussion following the film.