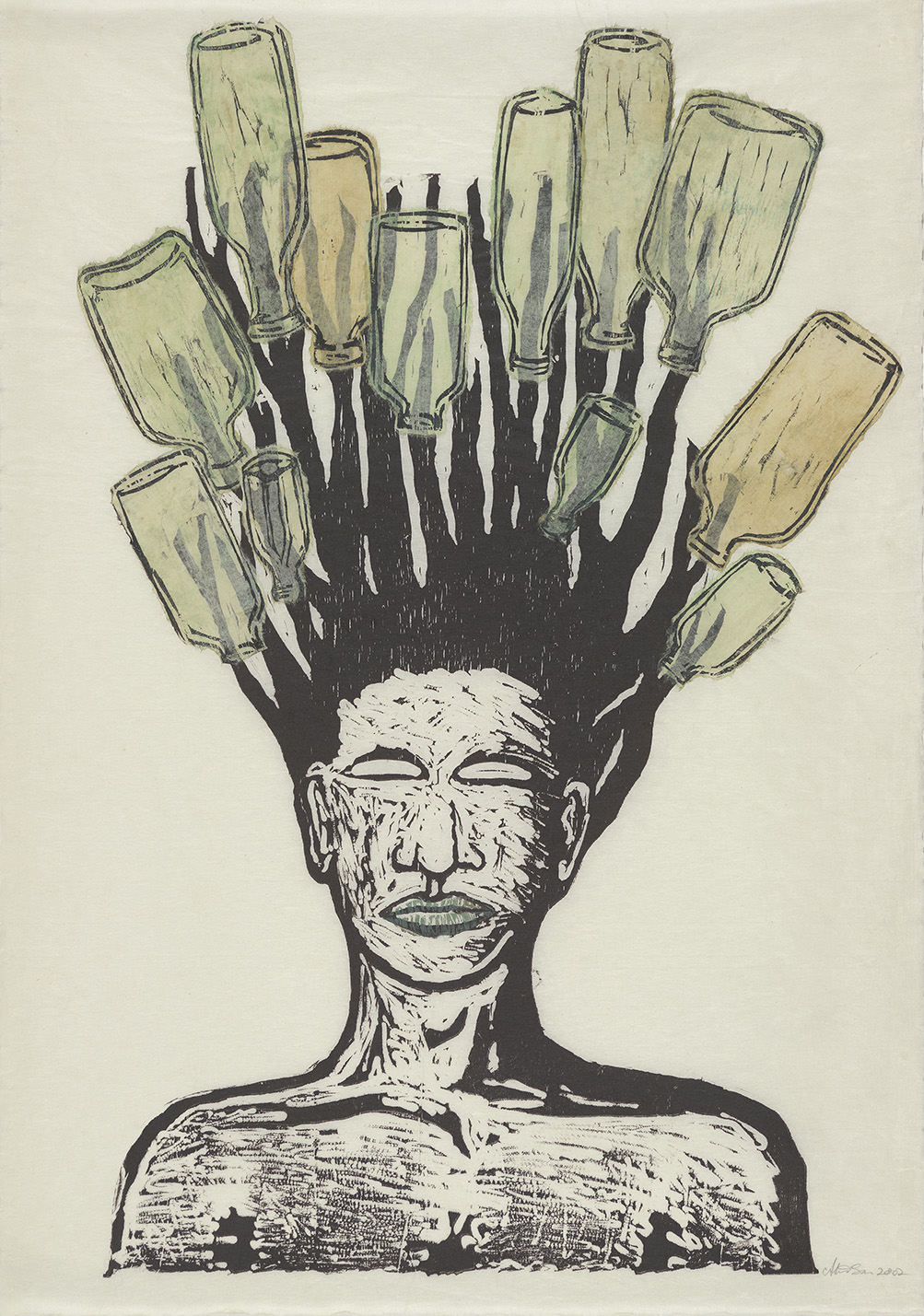 Curated from the Schnitzer Collection by IDEA and the Alexandria Museum of Art (Alexandira, Louisiana).

This exhibition features images that examine and interrogate culturally constructed controlling images of Black women. From the suffering mama, to the stoic victim, to the sassy broad – the images presented in the exhibition question and overturn entrenched archetypes of Black femininity.

Engaging a wide range of experiences and artistic practices, the nine artists featured in this exhibition challenge the controlling images of Black women that continue to pervade our culture and influence perceptions. Their artworks jar loose expectations and replace simplistic narratives with nuanced, sophisticated meditations on contemporary identity. Frankly addressing idea such as frailty, sexualized power, and racially bounded ideals of beauty, Reclaiming Images presents us with compelling and nuanced examinations of multiple Black female identities and experiences.

All events are free and open to the public

Jessica Lynne: A Brooklyn-based arts administrator and critic. She contributes to publications such as Art in America, The Art Newspaper, The Brooklyn Rail, Hyperallergic, and Pelican Bomb.  She’s co-editor of ARTS.BLACK, a journal of art criticism from Black perspectives, and a founding editor of Zora Magazine. Currently, Jessica serves as the Manager of Development and Communication at Recess.

Wednesday, March 29, 6 – 7pm
Innovative Minds: Art Criticism for a New Generation: Creating ARTS.BLACK
A Lecture by Jessica Lynne, Co-Editor of ARTS.BLACK
Flex Room, Edith Kinney Gaylord Cornerstone Arts Center
ARTS.BLACK is a journal of art criticism from Black perspectives predicated on the belief that art criticism should be an accessible dialogue – a tool through which we question, celebrate, and talk back to the global world of contemporary art.
Presented by Innovation at CC

NO!: The Rape Documentary is the 2006-released Ford-Foundation funded award-winning, internationally acclaimed, groundbreaking feature length film that explores the international atrocity of heterosexual rape and other forms of sexual assault through the first person testimonies, scholarship, spirituality, activism, and cultural work of Black people in the United States. NO! also explores how rape is used as a weapon of homophobia. Along these lines, Alice Walker, the Pulitzer Prize-winning author of The Color Purple, says, “If the Black community in the Americas and in the world would save itself, it must complete the work that [NO!] begins.”

Aishah Shahidah Simmons: An award-winning Black feminist lesbian documentary filmmaker, activist, cultural worker, writer, and international lecturer. She is a 2016-2018 Just Beginnings Collaborative Fellow, where she is developing her multimedia project #LoveWITHAccountability, which examines how accountability is a powerful and necessary form of love needed to address child sexual abuse (CSA). Previously, she was the Sterling Brown Professor of Africana Studies at Williams College, an Adjunct Professor in the Women’s and LGBT Studies Program at Temple University, an O’Brien Distinguished Visiting Professor in the Feminist, Gender and Sexuality Studies Department at Scripps College, an Artist-in-Residence at the Center for the Study of Race, Politics and Culture, a Visiting Lecturer in the Department of Cinema and Media Studies at the University of Chicago, and an Artist-in-Residence at Spelman College’s Digital Moving Image Salon. Her essays and articles have been published in several anthologies including the recently released Queering Sexual Violence: Radical Voices from Within the Anti-Violence Movement and Dear Sister: Letters from Survivors of Sexual Violence. Simmons is also an Associate Editor of The Feminist Wire, and her cultural work and activism have been documented extensively in The Root, Crisis, Forbes, Ms. Magazine, Alternet, ColorLines, NPR, and BET, among others.