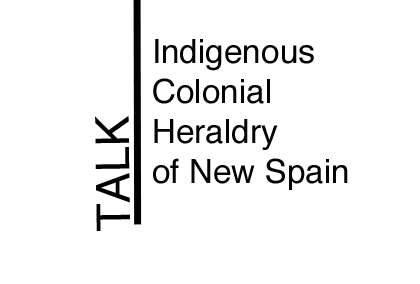 Assistant Professor of Anthropology at the University of Colorado – Boulder.

Dr. Gutiérrez explores Indigenous appropriation of European Heraldry in New Spain. Heraldry was one of the many media used by the early Colonial system to expand Catholic iconography and ideology associated with the allocation of symbolic reward to Indigenous allies by the Spanish Crown.