On “silences,” “disappearances” and lost texts

The problems of researching black women of the past were brought home to me two years ago, when I combined a trip to a Henry James conference in Paris with a trip to the Archives d’Outre-Mer in Aix-en-Provence (I had learned about the Archives back in 2006, when a colleague also doing research in Paris told me that this was where “all the black and colonial stuff is”).  Henry James was a genius, a prolific fiction writer, essayist, critic, letter writer, and diary keeper. Jamesian scholars don’t need to wonder what volumes were in his library, what he thought of this or that contemporary, what the origins of a particular story might be. 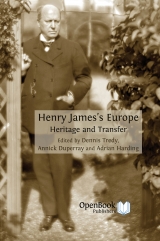 He wrote it all down, and his friends, among whom he counted some of the most creative and significant men and women of letters in his day, preserved his correspondence, recorded their encounters and conversations.  And James, who knew that he was great, carefully curated the traces of his being for history, (The paper I presented there, “Citizens of Babylon: Henry James’s Parisian Women” was just published in April in a volume titled, Henry James’s Europe: Heritage and Transfer, Tredy, Duperray, and Harding, eds.) 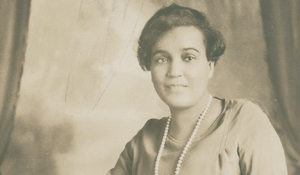 But black women of the past are hard to find in archives and libraries.  Jessie Redmon Fauset (left), the most prolific novelist of the Harlem Renaissance era, does not have an archive.  Her few papers are found scattered in archives and libraries up and down the East coast, in archival boxes devoted to Alain Locke, Langston Hughes, James Weldon Johnson, and others.  Laura Waring Wheeler, an artist who contributed many illustrations for The Crisis during the interwar years and had substantial gallery sales, has her documents, letters, programs and other archival materials in a box labeled with her husband’s name.  He has a couple of folders, one which includes an unfinished, unpublished novel, the others contain bills and the sort of things you would find in a lawyer’s private desk drawer. She has dozens.

And their work” disappears.”  Jessie Fauset was working on a novel just before her death, but no one knows where it is.  Many of her personal belongings were thrown away when a distant relative (she was childless) inherited the house she was living in before sh died.  Suzanne Césaire 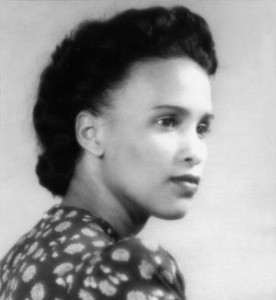 (right) went “silent” after publishing her essays in the surrealist journal,

Tropiques, that she co-founded with her husband,  Aimé Césaire, save for a play she wrote that was performed by a youth theatre.  No one can find the play; one surviving actor remembers only his own lines (which is unusual for an actor). Suzanne Dracius, the contemporary Martinican writer, a “literary daughter” of Aimé Césaire’s, recounts her attempt to find out more about the play from the great poet and statesman:

“I reproached the great poet for never having published what his wife had written, even if only at the publishing house Présence africaine where, rather, it existed-a play by Suzanne Césaire of which only the title remains: Youma, aurore de la liberté. The great man had no memory of it. I put the question to him frankly: What happened to the text of that play? Why wasn’t it published? In a very small voice, the great man told me that at the time, it was very difficult, for a woman, to be published. It did me no good to speak to him about de Beauvoir, who had come, at the very same time, into that France of the beginning of the twentieth century, with the help and support of Sartre, certainly, with greater difficulty and much later than Sartre, perhaps, but even so, with success. . . . From all evidence, what was good for Simone was not good for Suzanne.

All women belong to the “second sex” but all don’t write Le deuxième sexe. Moreover, the problems, for a Martinican woman, a woman ‘of color,’ a ‘daughter of the islands,’ are doubtless increased. The play had been performed at the beginning of the 1950s, but never published, and its text had been lost, mysteriously.

When I evoked that play, its title, Youma, aurore de la liberté, Césaire was beset by punctilious memories. For his part, he remembered, not Suzanne Césaire, as one might have expected and as I had wished, but Lafcadio Hearn, since the play by Suzanne, his wife, was a theatrical adaptation of the novel by Hearn entitled Youma (1890),,, The conversation continued about Lacadio Hearn’s Youma, losing sight of Youma, aurore de la liberté, Suzanne Césaire’s play that I wanted information on because it intrigued me. How did Suzanne renew that theme ([a black nursemaid saving her white charge from a fire] with respect to the master/slave, and, in this case, the specific relationship joining the black nanny to the white child? What new contributions did she make?  If you go by the title, the addition of ‘aurore de la liberté’ [‘dawn of liberty’] to Suzanne Césaire’s play to the simple eponymous title promises to emphasize the beginnings of the emancipation of slaves more than the servile devotion of the “da” saving a little béké4 from the fire. That is what I was burning to know. Césaire didn’t remember. He stopped smiling, furrowed his brows. Césaire could no longer hear very well. You had to shout for him to understand, bending very close to his ear. He assured me that he did not remember. He was eager to pass on to another topic.”

Suzanne Césaire’s published oeuvre consists of seven essays that appeared in Tropiques. Despite their small number, the essays are powerful and prescient. Informed by an indigenous surrealist aesthetics, Nietzsche, Frobenius, and others, her work embodies an  unprecedented way of thinking about place, identity, and resistance to fascism and other tyrannies.  To read S. Césaire is to encouter a new way of seeing and being. When discussing the question of Suzanne Césaire’s literary “silence,” most people talk about the six children and the difficulties of being married to a national monument.  The Guadeloupan poet and novelist Daniel Maximin has another idea:

Here a quick and literal translation that does not do justice to the beauty and passion of Maximin’s original:

“At the bottom of it, maybe the secret of Suzanne Césaire’s silence that came so early is due to this cannibalistic fire of her writing that could have consumed her being, her face ‘of white cinders and embers’, blazing with its capacity of refusal and engagement of body and soul, perhaps along a path leading to where writing can’t follow.”

Suzanne Césaire, at the age of 47, divorced her husband.  She died three years later of a brain tumour.