Every so often, an artist or group of artists will emerge and immediately cause an impact, becoming widely acknowledged by the public as influential. While certain artists have been fully credited for their music and influence, as they should be, many artists haven’t received the full recognition they should get. This series is meant to highlight artists that haven’t been fully credited for their experimentation, artistic capabilities, and influence on music.

Xavier Wulf is by far one of my favorite artists of the past decade. The Memphis born, LA based rapper is one of the pioneers (along with Bones, Chris Travis, and Black Smurf) of the dark, underground Memphis rap scene that created the “trap-metal” subgenre of hip hop. Some of the most notable current mainstream artists include $uicideboy$, City Morgue, 6ix9ine (in sound, not persona), and XXXTentacion. This sub-genre utilizes loud, often vulgar, and in-your-face lyrics, dark trap production, and reckless personas that aren’t focused on money and fame like many mainstream trap artists. In its birth in the early 2010s, trap-metal was highlighted by its rejection of the mainstream and its embrace of skate and BMX culture. While many of these artists have changed and conformed to current trap standards, Xavier Wulf has always been the self-proclaimed king of the underground, which we hear in “Request Refused”, where he states, “I’m an underground king and I ain’t gonna drop the belt”, and that’s why he has such a loyal fan base. 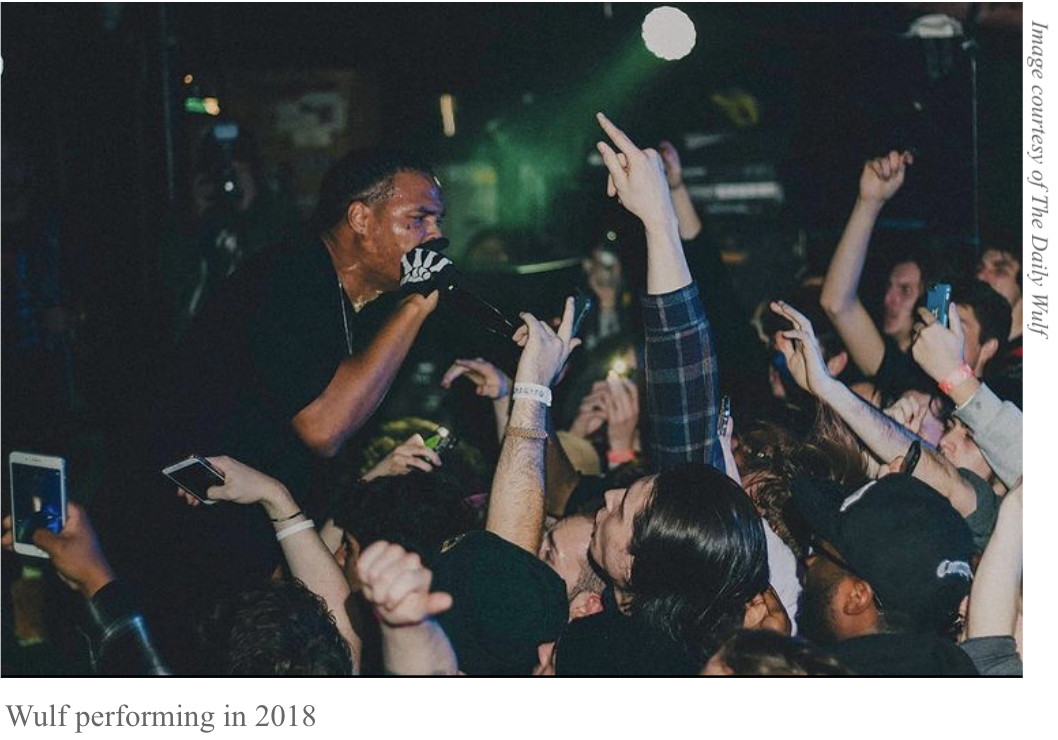 Xavier Wulf, whose real name is Xavier Beard, was born in Memphis, Tennessee in 1992. He started rapping in his late teens around 2011, originally going by the name Ethelwulf as a part of the rap group RaiderKlan, which included rappers such as Spaceghostpurrp and Denzel Curry. He released his debut mixtape The Wolf Gang’s Rodolphe in March of 2012, before leaving RaiderKlan to pursue a solo career. RaiderKlan’s importance can’t be understated as they were one of the first rap groups to exclusively release music through free streaming services, being cited as early pioneers of the 2016 Soundcloud movement. Wulf’s early work was heavily inspired by Memphis legends Three-Six Mafia with absurdly violent lyrics and rudimentary production (listen to “Who the F**k is You” and “Help Yo Self” for early examples of Wulf’s solo work). It wasn’t until the release of Blood Shore Season 1 in 2014 that Wulf started to develop the sound that he’s so well known for. His breakthrough mixtape Blood Shore Season 2, released the same year as the first mixtape in the series included “Psycho Pass”, which blew up on the now non-existent social media app, Vine. This is how I was introduced to his work.

How I Discovered Him

When I discovered Xavier Wulf, I was a moody 7th grader in late 2015, the era of hoverboards, Fetty Wap, and Vine. I was coming off a three year long Eminem phase and I was searching for rappers who broke the lyricism mold that I had become so accustomed to. When I first heard “Psycho Pass”, I only heard seven seconds of the song, which was only the beat drop, but I was immediately hooked. The song’s repetitive, submarine-radar-like beeping accompanied by the rapid 808s and slow bass, which are all introduced separately, counter Wulf’s pugnacious voice and lyrics. His lyrics in this song are simple and almost as aggressive as his delivery, with the topics consisting of infidelity, smoking weed, ridding himself of his opponents by any means necessary, and burning incense for some reason. One of the best parts of the song is when Wulf says, “I’m standing on a boat finna set the damn sail/I burn incense because my brain likes the smell/She get a whiff and thought that it was a spell/I ain’t say, ‘Come,’ but she at the hotel” which he spits right before the aggressive beat drop where the production finally matches his energy. I continued to listen to the rest of Blood Shore Season 2, which is widely considered as his best project by critics and fans alike. Following the success of the mixtape, he continued to drop similar two Tundra Boy Season projects and Project X, which includes the song “Akina Speed Star”, another breakthrough song for Wulf which includes an intro sampled from the anime Initial D. 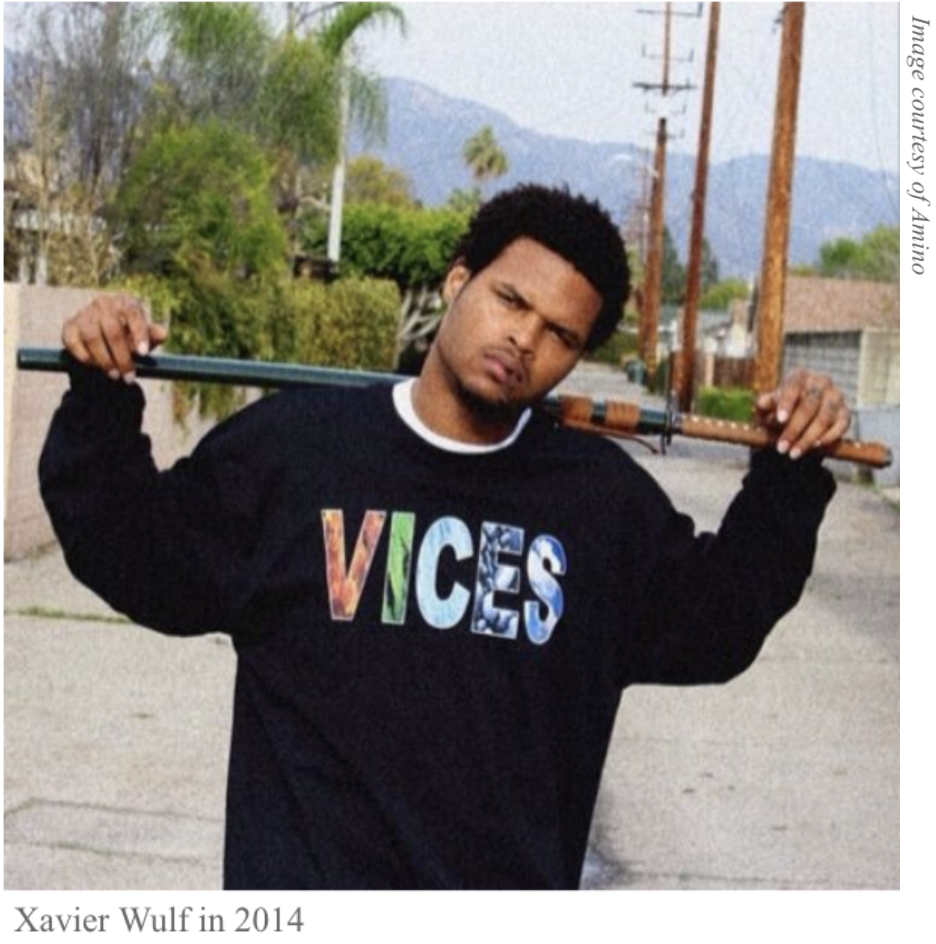 Another aspect that sets Wulf apart from many rappers of the genre is his love of anime. In many of his songs, including “Akina Speed Star”, he references anime characters and settings. In “Tis the Season” he states, “Princess Mononoke chiefing chee out with Chiyoko”, Princess Mononoke is a reference to the 1997 anime Princess Mononoke from anime legend Hayao Miyazaki and Chiyoko is from the 1998 anime Akira, which is also referenced in the title “Akira Speed Star”. On “Tokyo Drift”, he remixes the Japanese hip hop group, Teriyaki Boyz iconic song “テリヤキ・ボーイズ TOKYO DRIFT (FAST & FURIOUS)”. These days, the fusion of hip hop and anime is common in the industry as Rappers have adopted the Japanese art style to design album covers, merch, music videos, and public persona. Rapper Lil Uzi Vert’s Instagram bio makes the controversial claim that he’s “Asian on the inside”. In 2018, Kanye West claimed that Akira “is not only the greatest animation achievement in history, the subject matter is so relevant to the current state of the world” on Twitter. Some fans even claimed that his outfit at the first Donda listening event was inspired by the film. What Xavier Wulf does differently from these artists is how he is (relatively) subtle about his passion for Japanese culture. He doesn’t have wrapped cars like Uzi and doesn’t go on rants about anime on Twitter like Kanye, but instead makes references to characters in his music and collaborates with Japanese artists (listen to “Riding Shotgun in Japan”, Xavier Wulf’s collaboration with Japanese rapper KOHH). His merchandise doesn’t contain anime characters and most of his album covers lack any reference to his love for anime. I appreciate this because I think that the way Lil Uzi uses anime is borderline cultural appropriation, a theme that I’ve noticed is emerging in hip hop.

Another aspect that makes him stand out from other rappers is his taste in fashion. Wulf and his collaborators often choose dark clothing and baggy hoodies over designer pieces and overwhelming chains. While Wulf’s main focus is hip hop, he also collaborates with many independent clothing designers and owns his own brand, Hollowsquad. His concerts are as loud and aggressive as his music, reminiscent of underground punk-rock concerts with mosh pits, stage diving, and injuries being a common theme at most of them. His ability to create this kind of energy without assistance from technology is astounding, with reporter Boom from The Knockturnal declaring, “his energy is felt like an atomic bomb with the wave of excitement that passed through the crowd the entire show. No major light show, no pyrotechnics, or star-studded surprises”. Wulf is also known for his passion for refurbished cars, with his BMW E46 m3 making several appearances at his car meet ups around southern California. He recently refurbished another BMW m3 and seems to be working on another BMW. Before becoming a passionate gearhead, Wulf was a BMX enthusiast, however, his keenness for the sport has faded away in the past few years. 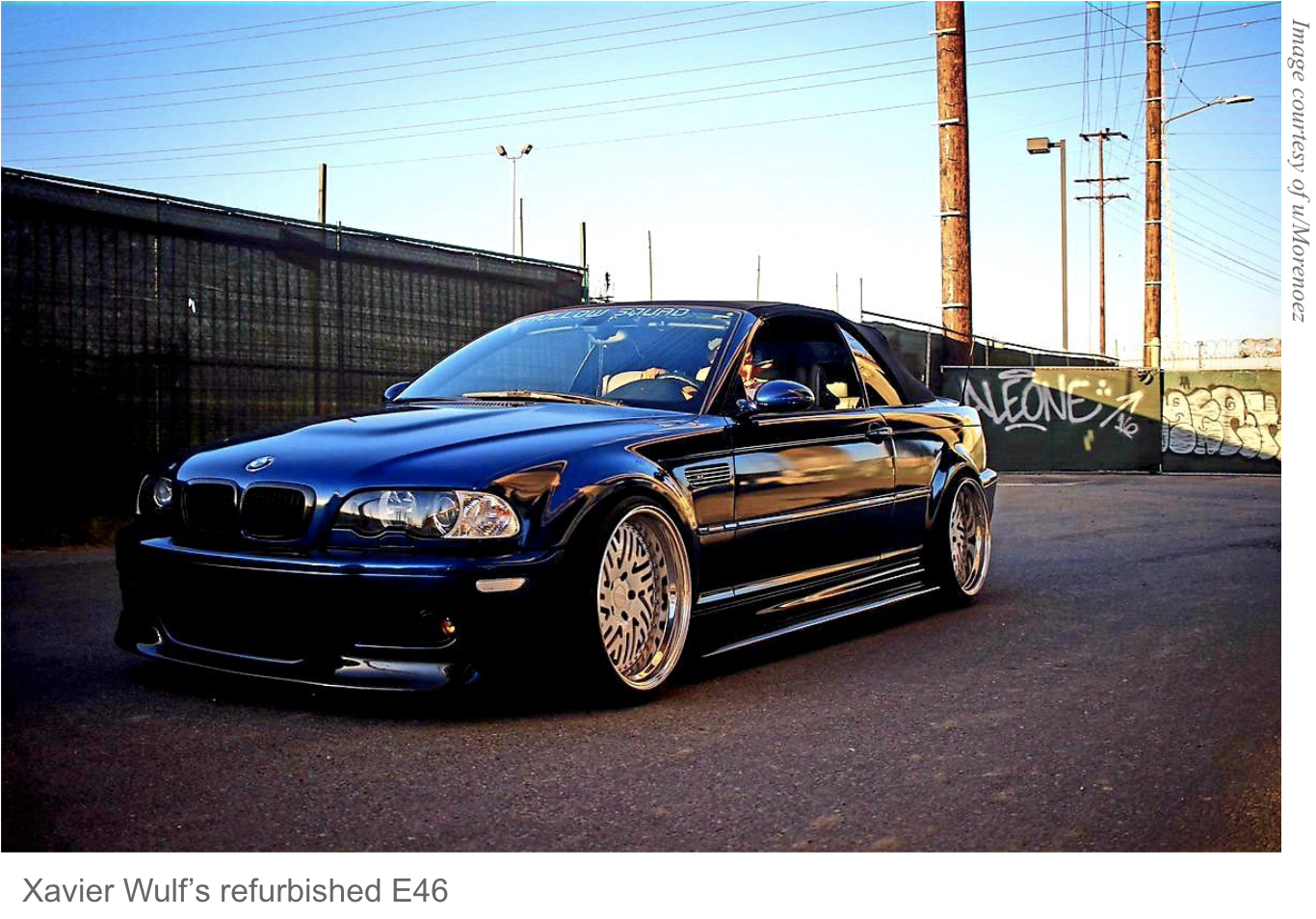 Collaborators and Next Steps

Wulf isn’t known for collaborating with bigger rappers, with his most mainstream collaborations being a 2016 feature on Lil Peep’s “drive by” and a 2017 feature on “F**k a Swisher” by Smokepurpp. Wulf’s main collaborators include Bones, Eddy Baker, idontknowjeffery, and, until recently, Chris Travis. What all these rappers have in common is that they hail from East Memphis and blew up around the same time, which is probably why Wulf chooses to collaborate with them instead of branching out. He’s released two mixtapes with Bones, a mixtape with idontknowjeffery, and countless features including the same array of East Memphis rappers. What’s next for Wulf is up in the air as the last project he released, Rude Dog, wasn’t received well by fans. This was due to the fact that he swapped his iconic, aggressive delivery for a lazier flow with mundane lyrics over mediocre production. Since then he’s only dropped a few singles and hinted at Blood Shore Season 3 but hasn’t followed up on the project since. Xavier Wulf’s been in the game for about 10 years and has been dropping projects relatively consistently since he began, so I don’t blame him for wanting to take a break if that’s his plan. If the next project is the third installment in the Blood Shore series, I’m excited to see whether or not he ditches this new flow for his classic delivery. Regardless of this, Xavier Wulf’s impact on hip hop won’t be forgotten. As the genre continues to evolve, his influence will adapt with it and always allow for an alternative sub-genre that one can look for when seeking a harder, darker sound than what mainstream trap can provide. 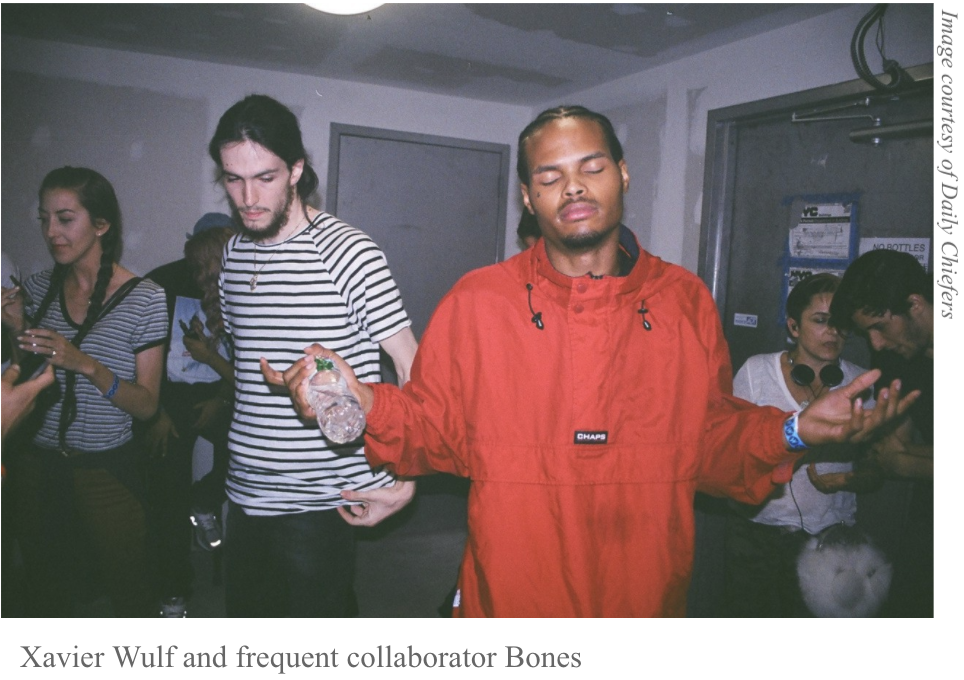 Interview with Xavier Wulf from 2014: