Let me just start off this blog with this sentiment: Wow, the world looks different outside of Neuroscience! It’s easy to forget what being in a humanities course is like.  Luckily, it’s also easy to remember.

Seeing as it is already third week and this is my first post, I have a lot to say about this class.  I was supposed to be in Organic Chemistry this block, but after the first day of class I realized that I needed a break from the hard sciences.  Searching through the course catalog, I found that Critical Queer Studies had an opening.  Having previously taken two other Feminist and Gender Studies classes, I thought this would be old hat; CQS would just be another interesting class about sexuality.

Well, my professor, Ronak Kapadia, quickly discredited that oversimplified view.  As it turns out, queer studies is more than just an umbrella term for all forms of sexuality that do not wish to be labeled.  Queer studies focuses on deconstructing and analyzing societal norms and forms of oppression that range from racism to ableism to socioeconomic discrimination.

Queer theory is so far-reaching the mind boggles.

Two things from this week really struck me: Queer-Aesthetic documentaries and  Sexilo, a graphic biography about a Cuban transsexual who identifies as female.

This week, we focused on the American AIDS epidemic in the late 80’s and early 90’s and how this was the birth of current queer theory.  Outraged by the government’s unwillingness to acknowledge the crisis among such a large population of disenfranchised Americans, the people affected by AIDS came together to force American institutions to face the consequences of their neglect.

We watched two queer documentaries, Silverlake Life: the view from here and Tongues Untied, which attempted to answer the question of how to memorialize those lost to AIDS. 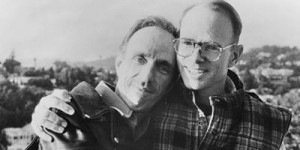 A short clip from “Silverlake Life: the view from here” 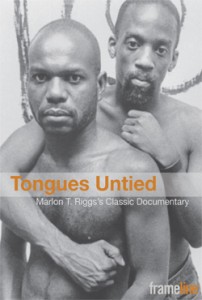 I am a Sophomore Neuroscience major from Tulsa, Oklahoma. When I'm not taking one of the many prerequisites for Neuro, I usually find myself in a Drama or FemGen class. I am also an RA in Loomis, a member of the Honor Council, and a board member of Theatre Workshop. Here's hoping my blogging won't belie my lack of writing experience! View more posts