Today we started class with our second test, reviewing concepts from last week of land and rock disturbances. 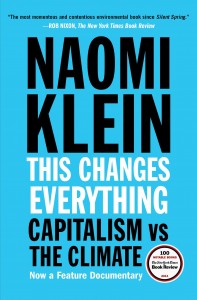 Once finished, we had a discussion on the weekend’s reading: This Changes Everything: Capitalism vs. The Climate, by Naomi Klein. Students discussed the selfish psychology of big business and asserted that since business is only motivated by money, ethical environmental policy in business is very rare. Additionally we discussed the role of the people, the economy, and the government in implementing environmental change. We contemplated what it will take in order to get a global movement going to stop climate change, and discussed specific policy changes having to do with subsidy distribution. We ended class with a small debate discussing the necessity for global leaders to get real and take initiative to fight climate change, and determined that climate change will not be addressed by politicians until it is literally happening all around them, perhaps when it is too late.

Today in class we discussed the formation processes of coal, natural gas, and oil.  As plants and organic matter are buried under layers of sediment, they decay at a slower rate due to lack of oxygen. Compaction and decay turn this plant matter into peat, containing 50% carbon.  The peat is exposed to additional heating and compression as the seam deepens over thousands of years. Through these processes, peat eventually turns into coal, which is extracted and used for energy production.

Oil and natural gas on the other hand are produced as plankton die and fall to the sea or lake floor. The organic material accumulates over time as a fine mud. Without any oxygen, the carbon is saved and buried with the decaying matter. Eventually lithification occurs and the mud forms black shale, a petroleum source rock. Once the shale is buried 2-4 km deep, and exposed to heat and pressure, it forms kerogen, a waxy oil containing rock.  Through additional heating and pressure, the kerogen breaks down and forms oil between 90-160 degrees celsius and gas between 160-250 degrees celsius.  If exposed to additional heating, gas and oil break down and form graphite.  This delicate combination of depth, temperature and pressure is known as the “oil window”.

Next we discussed the process of fracking and the massive increase in U.S. oil reserves thanks to it’s technologies. We talked about how fracking has helped the U.S. achieve energy independence and discussed it’s many drawbacks, from water waste to land disturbance. Lastly, we ended class with a discussion of carbon sequestration and efforts to possibly bury our Carbon in sinks, much like the beds of decaying matter have in the past, and a possible answer to rising CO2 levels. 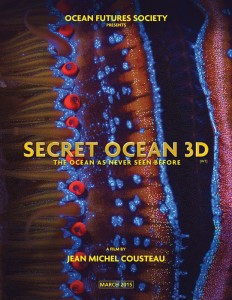 Today our class went on a field trip to the Denver Museum of Nature and Sciences.  First we watched the film: Secret Ocean.  The movie was shot really well and showed footage of animals only recently discovered in the ocean and their relationships with other animals within the ecosystem.  The movie featured the importance of zooplankton and phytoplankton in an ecosystem and described mutually beneficial relationships within ecosystems.  The movie also touched upon the importance of high biodiversity coral reefs and the intricate interspecies relationships that exist within them. 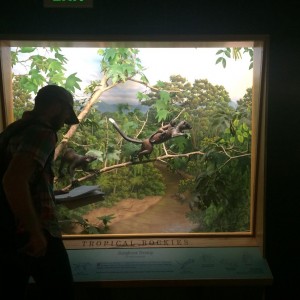 After the movie students went on a ‘prehistoric journey’ through the paleozoic, mesozoic and cenozoic areas, looking at species local to the Americas and Colorado.  Students compared mammoths and mastodon skeletons and looked at the different ecosystems and transitions visible in the Colorado rock layers. Students filled out a packet answering numerous questions on the film and the prehistoric hall.  Students created food webs of coral reef ecosystems from the film, studied the rise of mammals and compared and studied the biodiversity of the Colorado area using evidence from the fossil record. 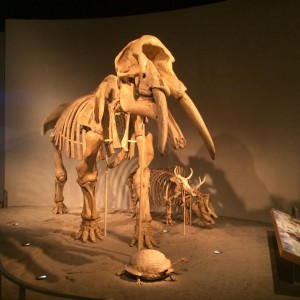 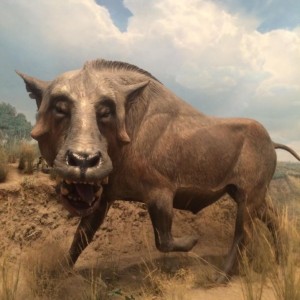 Today in class we went over yesterdays field trip and shared some of our findings.  We also went over the worksheet from the museum and filled in any questions we were missing.  Once we finished our review Christine went into some explanation of some of her local field work in the area.

Tava sandstone is a bizarre geological formation found in the Colorado Springs area that Christine focused some of her study on.  The sandstone lies in the middle of a deposit of Pikes Peak granite, creating a geological anomaly.  How could the extremely old sandstone have formed in intrusions in the rock if the rock was formed after? It would have destroyed the intrusions! Christine looked at this rock and hypothesized that the intrusions were the result of a huge earthquake that caused the sandstone to form in the granite.  She went on to explain the process of her analyzation of the rock, and chemical tests. The tests informed her that the sandstone was precambrian and that it contained organic material within it (WOW! a peak into precambrian life perhaps?!) Upon further analyzation, the sample was found to have higher levels of a material used in organic sulfur processing.  This information led Christine to reach the ‘very preliminary hypothesis’ that the sandstone sediments once contained microfauna who possibly cycled sulfur as a life process.

Today in class we had our second class symposium, where students presented their research topics  to the class.  Students presented and spoke confidently on a variety of topics from bio-mimicry to planned obsolescence, and described methods of individual effort in stopping climate change.

The projects can be viewed below:

The Keys to Survival for Birds During the Cretaceous-Tertiary Extinction
Reconciliation Ecology: The Key To Living With Nature
Ecological and Geo-design in modern cities

Pandemics: Then vs. Now

California and the Drought

The Circular Economy: A New Means of Production

The 9 Limits of Planet Earth: How We’ve Already Passed 4 of Them, and What to do About it